Is Penn State a basketball school?

The Nittany Lions have won eight straight games and are currently ranked ninth in the country. 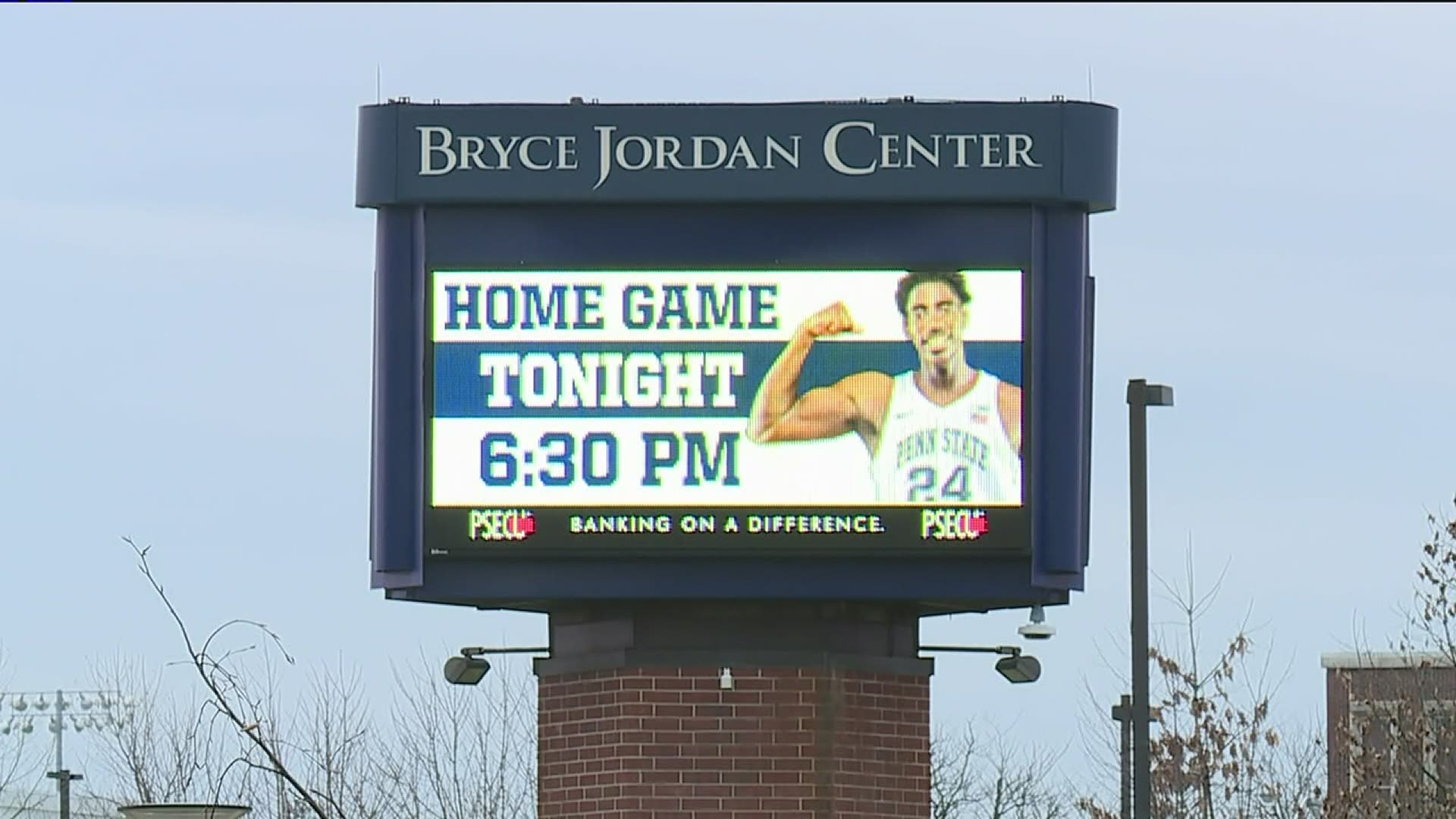 STATE COLLEGE, Pa. — Penn State basketball is having a season to remember. For the first time since 1996, the Nittany Lions are ranked in the top 10 in the latest national poll.

The Penn State men's basketball team is taking the nation by storm. The Nittany Lions have won eight straight games and are currently ranked ninth in the country.

Students at the university say there is a buzz going around campus that they only seem to experience during football season.

"Penn State is typically good at most sports, and we are known to be a football school, so the fact that our wrestling team is doing great, our lacrosse team is ranked 1, and to have our basketball team breaking records and a record rank, is so exciting for us," said senior Lexi Rice.

The Nittany Lions sit in second place in the Big Ten standings. Students say the recent success has brought energy to campus.

"It's really exciting," said freshman J.T. Vozar. "It creates a great atmosphere around campus. It's just a great place to be right now."

"Nobody expected us to be here, at number 9, some people thought maybe top 25, but even then, people were doubting them all left and right, and you just walk around campus, and everybody is hyped up for it," said junior Michael Mugno.

Students say they didn't have high expectations for the basketball team when the season began, but now with the team on a roll and the big tournament coming up in March, students feel like the Nittany Lions can beat anybody in the country.

"You saw us beat Maryland at home, and they are the big dogs in the Big Ten right now. If we beat them, we can probably beat anyone," said senior Stephen Clouse.

The Nittany Lions have six games remaining in the regular season. Many analysts believe Penn State is almost certain to make the NCAA tournament for the first time since 2011.