The Penn State Nittany Lions are set to kick off their home opener on Saturday in front of fans for the first time in almost two years. 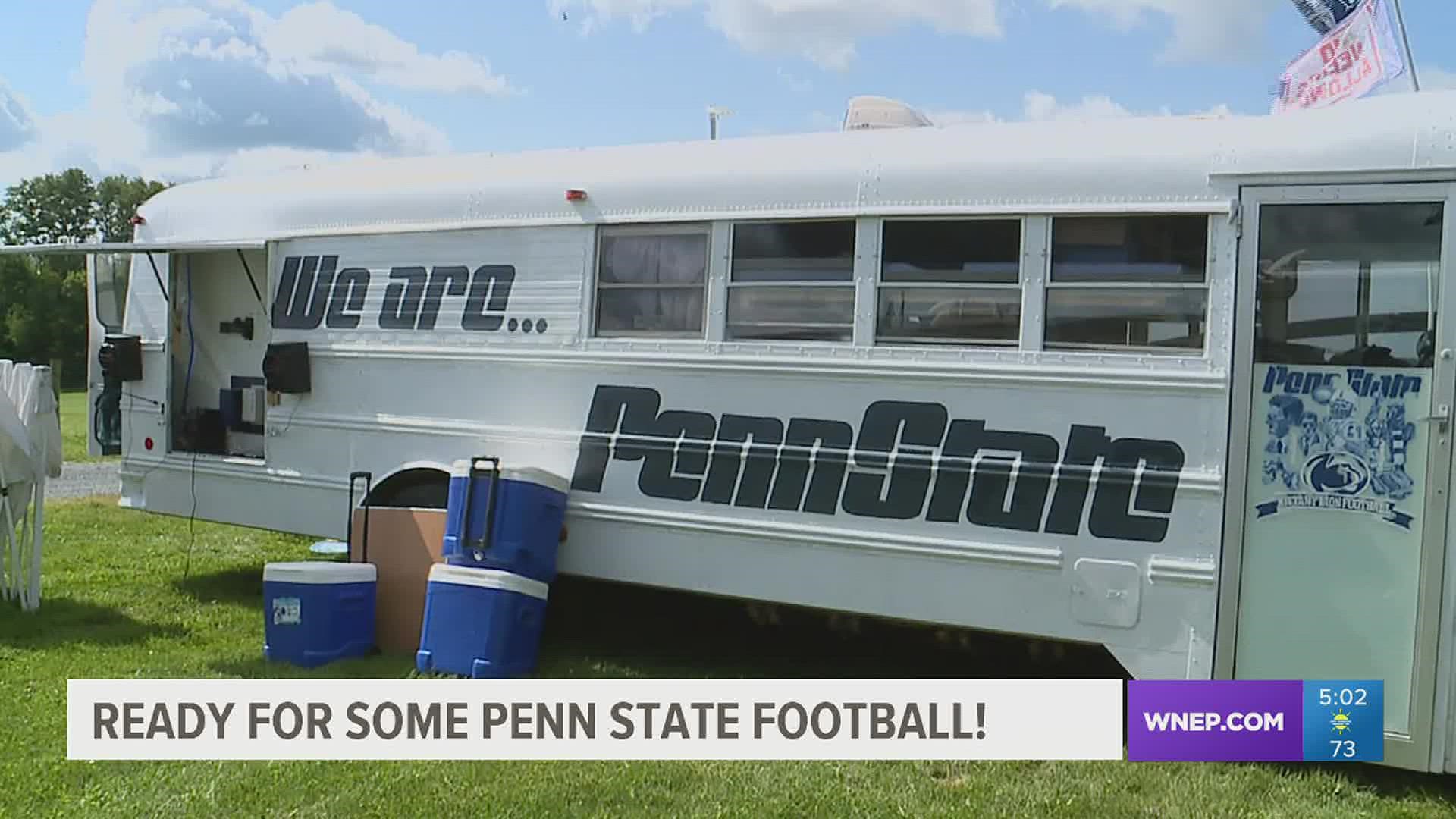 STATE COLLEGE, Pa. — It's been 650 days since the last time fans were allowed inside Beaver Stadium to watch the Nittany Lions play. Penn State will play its first home game of the season on Saturday against Ball State.

Newswatch 16 caught up with Penn State fans in the RV lot, excited to be a part of the crowd once again.

"I didn't sleep Wednesday, thinking about getting here and being in that stadium for the first time in two years. We miss this tremendously," said John Argonish from Old Forge.

"Just living it up," said Shawn Soltis. "We came up a day early, paid the extra money to get in early because we are just so excited to be back at Penn State for the football weekends again."

With 107,000 people expected to attend the home opener, there are some changes fans should take note of.

The Nittany Lions go into their home opener with a 1-0 record. A win against Wisconsin on the road last week has left fans with big expectations for the season.

"We have some real great players. Can't wait to see as the season goes on. I think we are going to have a great year."

Those traveling to the game on Saturday will need to stay updated on parking and traffic near the stadium.