The celebration was canceled in 2020 due to the pandemic. This year’s parade and festival were set to include food, music and fireworks. 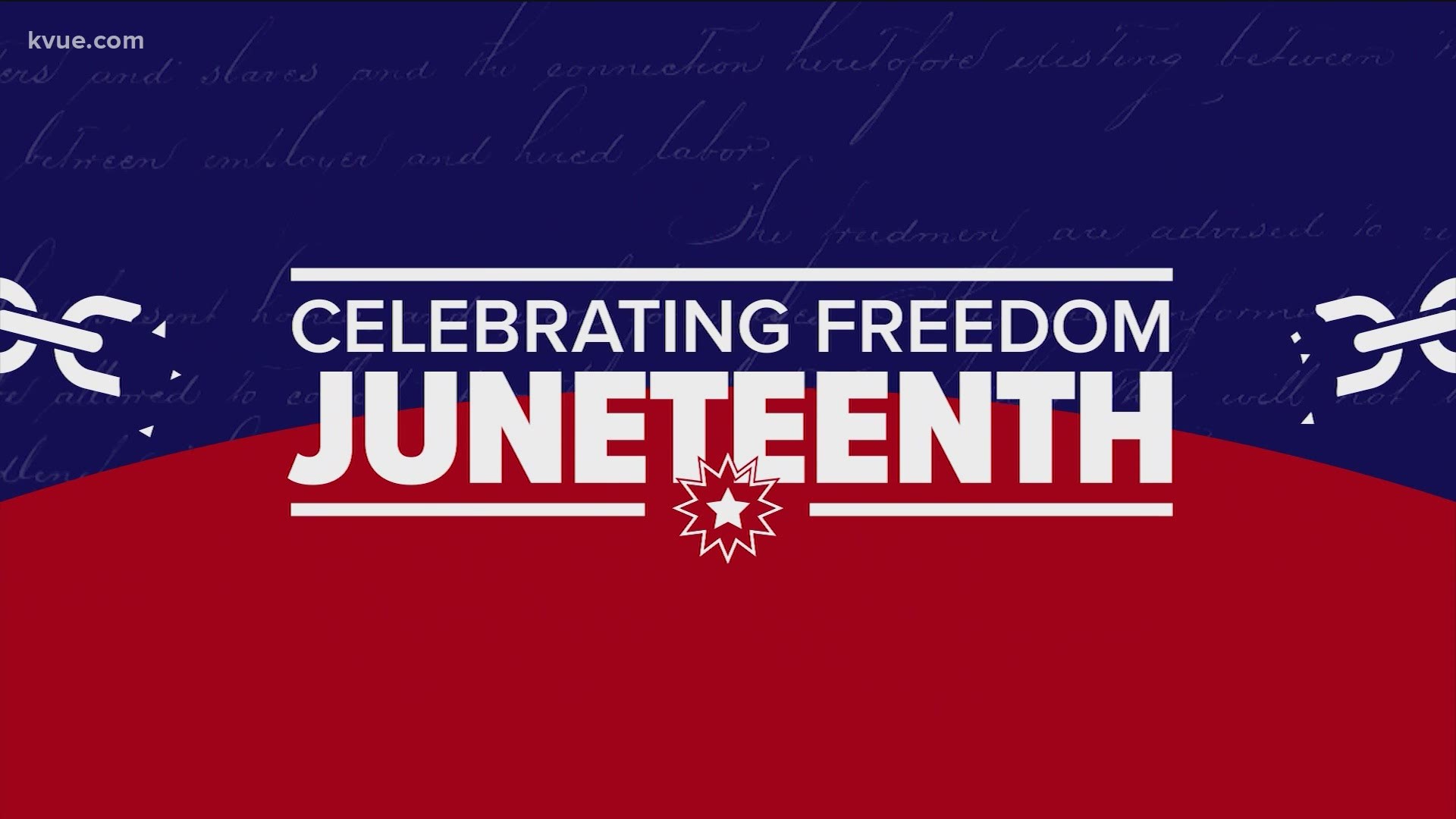 AUSTIN, Texas — The Central Texas Juneteenth Parade and Festival returned to Austin this year. It was also the first year the City recognized Juneteenth as an official city holiday.

Juneteenth commemorates when the last enslaved African Americans were informed of their freedom in Galveston, Texas, on June 19, 1865.

The parade moved down Chicon Street to Rosewood Avenue on Saturday, June 19. It ended at Rosewood Park, and the following festival took place both there and at Boggy Creek Park.

The celebration was canceled in 2020 due to the coronavirus pandemic.

“Juneteenth represents a chance for Black Austin to come together to celebrate what makes our community special,” said Tami D. Johnson-Dawson, Juneteenth Chair with the Greater East Austin Youth Association. “We’ve been organizing this parade for 18 years and we are looking forward to getting back to a tradition that has been around for so long and is one of the few things in our community that really bring us together.”

In a press release, festival organizers said after a difficult year for race relations in America, they were excited to see the community come together.

Organizers also said it is “critically important to acknowledge the fight for Black lives” this year as Black communities were disproportionately impacted by the pandemic. Austin Public Health offered free coronavirus vaccines during the event at both Rosewood and Givens Park.

“Austin’s Juneteenth celebrations have stretched across three centuries, and as long as we keep cherishing freedom for all people, they’ll keep stretching for centuries to come,” Austin Mayor Pro Tem Natasha Harper-Madison said. “After a very tough 15 months, I absolutely cannot wait to ride in that parade, see all the joyful faces, and chunk a whole lot of candy to the kids!”

KVUE spoke to David Gray, a father who took his son, Justus, to his first Juneteenth parade on Saturday.

"We just want to get him outside, learn a little about the event, the significance of today for the Black community and for all of America, really, right? So, we're just out here having a good time, man. All love," Gray said.

This year’s parade was set to begin at 10 a.m. A firework celebration will also take place at 9 p.m. at Boggy Creek Park to close out the festival.

City of Austin to discuss Phase 2 of camping ban enforcement