From coronavirus to Confederate flags, an annual summer festival is drawing quite a bit of scrutiny this year. 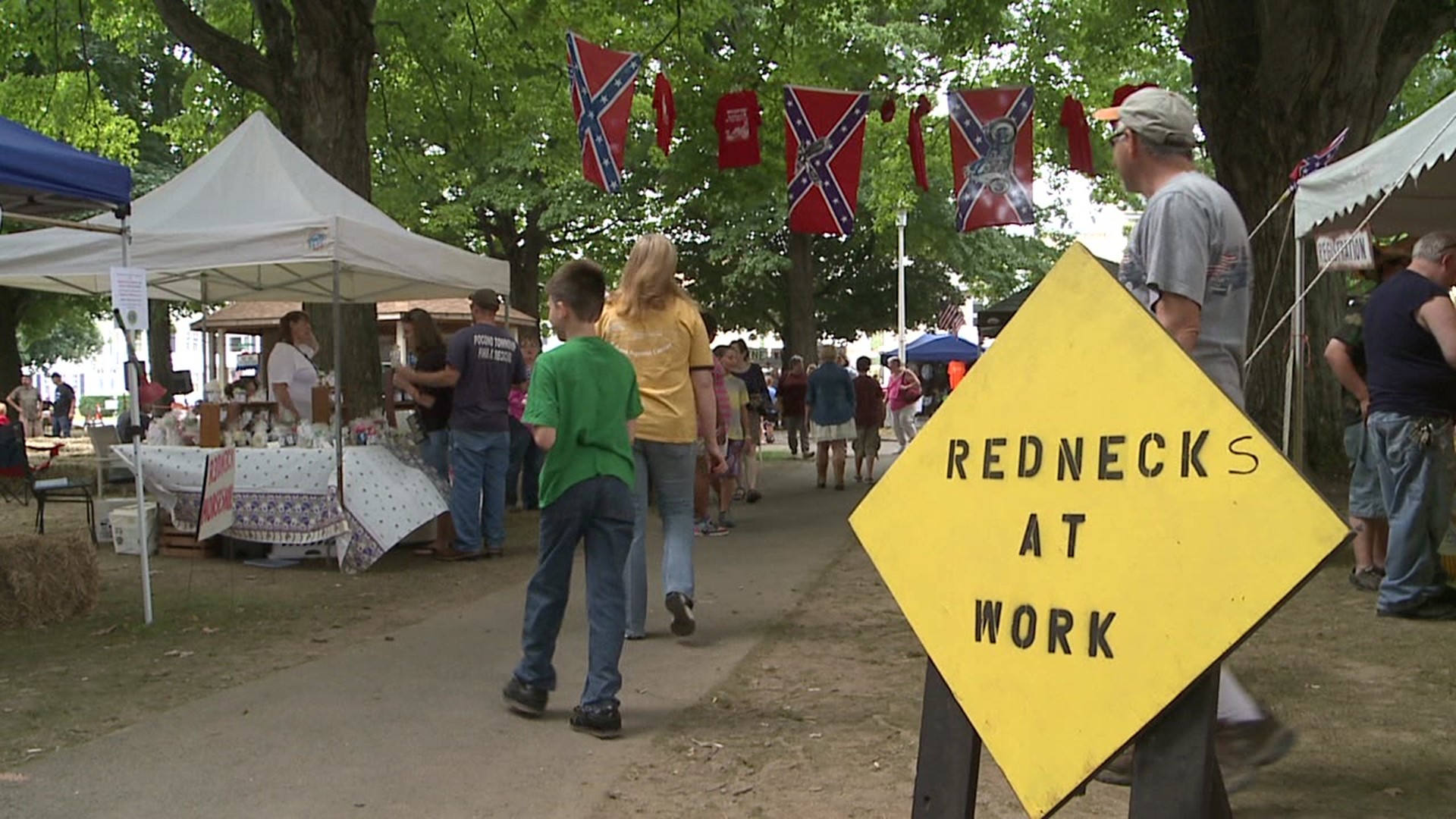 WEISSPORT, Pa. — From coronavirus to Confederate flags, an annual summer festival is drawing quite a bit of scrutiny this year

Over the past 12 years, thousands of people have visited the Redneck Festival in Weissport. The event is still slated for this September, but there are a number of concerns.

For a dozen years, a Confederate flag has flown high above the park in downtown Weissport, welcoming visitors to the Redneck Festival.

The mayor has given organizers the green light to hold the 13th annual event on Labor Day Weekend, given that they follow CDC guidelines related to COVID-19.

The festival sparked controversy at a recent borough council meeting.

"It's a concern of mine," said Weissport Mayor Paulette Watson. "Just with everything, the riots and protests going on all over the country."

A monument in the Weissport park honors soldiers, including those who fought in the Civil War. Borough officials worry it could be damaged because nationwide protests have left many monuments vandalized.

"I'm just concerned in regards to having individuals coming into town, and defacing our park, and having a bad name come upon our park here in our little community," said the mayor.

Donna Crum is a nonprofit vendor at the festival, raising money for an animal rescue. She says it's their biggest moneymaker every year. Crum says the event is really successful and hopes no changes are made ahead of September.

"It's a fun festival; it's never been about racism. It's about the people in Carbon County. We drive trucks; we drink beer. We do everything a little bit Pennsylvania Dutch backwards. That's what rednecks are," Crum said.

Some Weissport residents say the event has evolved over the years to become more family-friendly without hindering attendance or the quality of the festival.

"They had that Daisy Duke thing, and they really had to watch what they were doing with that, 'cause you know if anyone's seen the 'Dukes of Hazard,' sometimes you just have to look and realize there's just some things you don't do."

Right now, the plan is to have an increased police presence during the festival.

RELATED: Statues toppled, defaced throughout US in anti-racism protests

RELATED: NASCAR bans Confederate flags from all races and events