WEISSPORT, Pa. — A police chief of a Carbon County borough is locked up after police say he and another man repeatedly raped a young girl. Brent Getz, 27,... 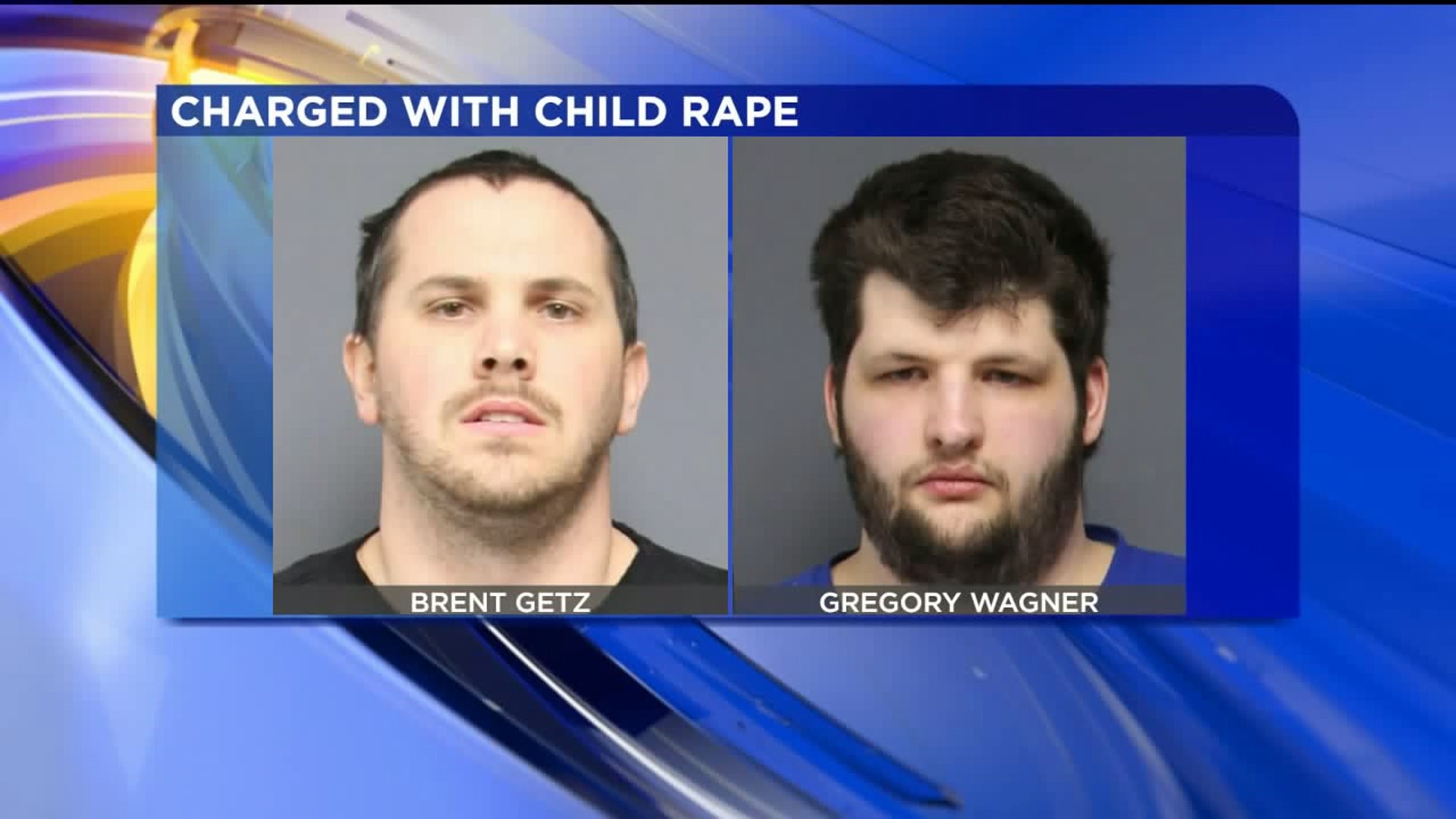 WEISSPORT, Pa. -- A police chief of a Carbon County borough is locked up after police say he and another man repeatedly raped a young girl.

Brent Getz, 27, and Gregory Wagner, 28, both of the Lehighton area, were arraigned Tuesday on rape, indecent assault, and related charges.

Getz was named the chief of the Weissport Police Department earlier this year.

According to court papers, from 2005 to 2012, the two men repeatedly raped a young girl from the time she was 4 years old until she was 11.

Police say the two men assaulted the girl hundreds of times over the course of seven years at Wagner's home.

According to the attorney general's office, which is handling the case, the victim originally came forward in 2012, telling a substitute teacher that Wagner, who was 22 years old at the time, was sexually assaulting her. After an investigation, no charges were filed by the Franklin Township Police Department.

In 2015, the case was picked back up again, before being dropped.

"I have my little granddaughter here with me. She's 4 and a half, so of course, I think of a child like her having something like that happen. Someone who does that has to have mental issues," said Palmerton resident Connie Kunkle. "It makes me feel like I need to watch her every minute and always know where she is and not trust anybody to be with her if I'm not there. That's a sad situation."

Both men are due back in court on April 3.

There is no word from Weissport on Getz's status with the borough.