'We Saved the Mahoning' celebration draws crowd in Carbon County

The historic drive-in movie theater was at risk of being sold to a solar farm. Thanks to an overwhelming amount of support from fans, it was saved. 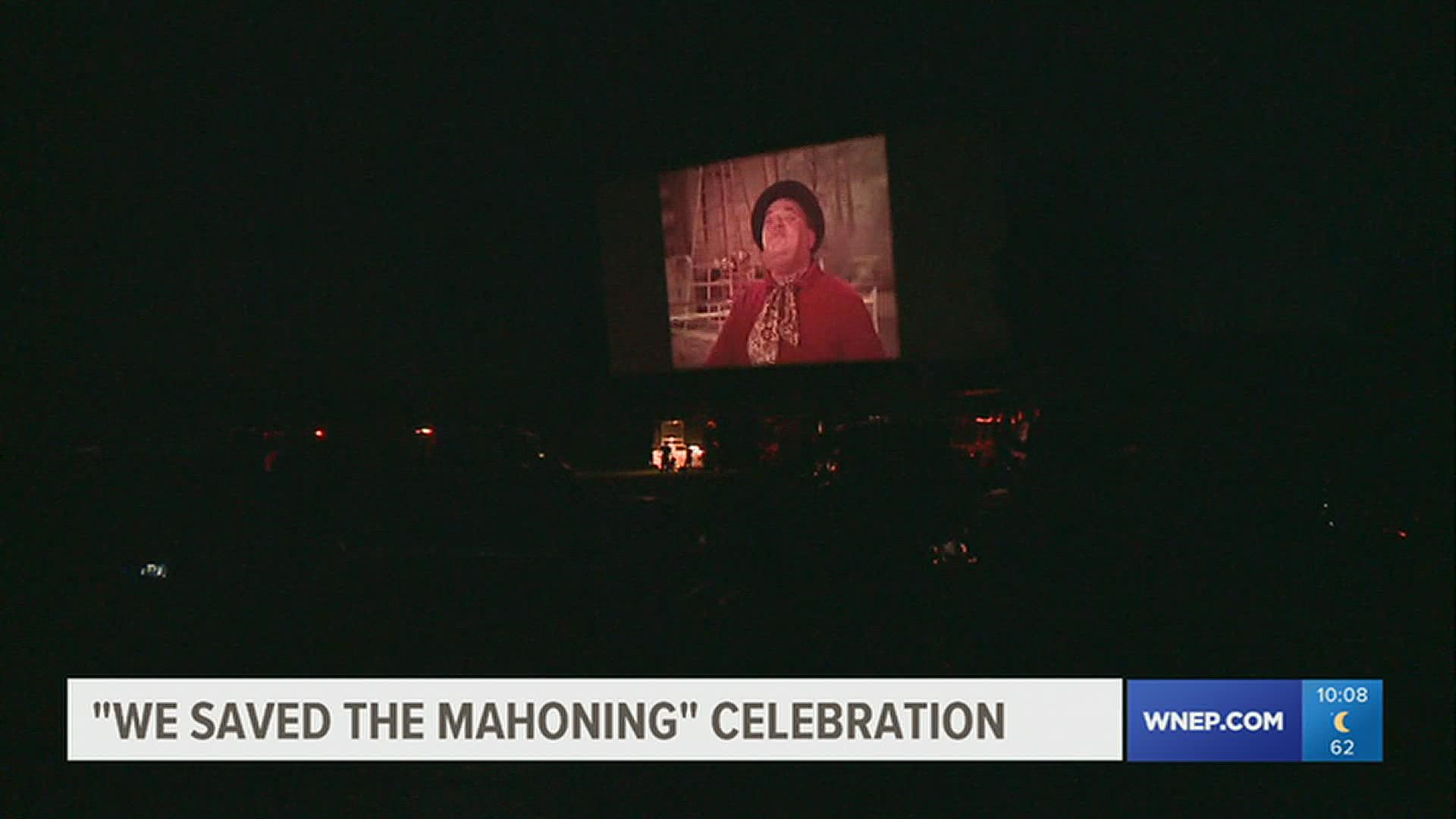 CARBON COUNTY, Pa. — The Mahoning Drive-In hosted more than 800 cinefiles from Carbon County and as far away as Michigan for a free double movie feature.

The 72-year-old drive-in wanted to show its appreciation to super fans near and far for "saving" the place.

The land in Mahoning Township was about to be sold to a solar farm. One day after the news was announced, the company decided not to go through with the deal when it saw how much the place meant to movie-goers around the globe.

Before the evening's films began, the drive-in welcomed supporters to share testimonials with the crowd.

"This place means the world to our family, and you guys are all family to us now," said Nancy Clark, volunteer.

Williams Shirar was especially relieved the place is here to stay. His parents opened the drive-in in 1949.

"I was ecstatic, so was my sister. We were both glad, and the granddaughter of one of the owners, she lives in Eerie, I told her, and she was like really happy," said Shirar.

The operator of the Mahoning Drive-in is now looking to purchase this land.

"The idea here is to make sure that this is a drive-in for another 72 years and beyond, and we feel more confident than ever that that is going to be the case," said Virgil Cardamone, Mahoning Drive-In Operator.

Saving the nation's last full-time 35-millimeter drive-in movie theater for the next generation.

"It's so nice as like young people to be able to experience what our moms and dads used to love about drive-in movies, and we finally get to experience for us," Katie Nagrowski of Milford said.

The operator hopes to buy the property later this summer.