PALMERTON — A Palmerton High School weightlifting coach is in trouble with the law.  He’s accused of recording a student athlete as she changed clothes in... 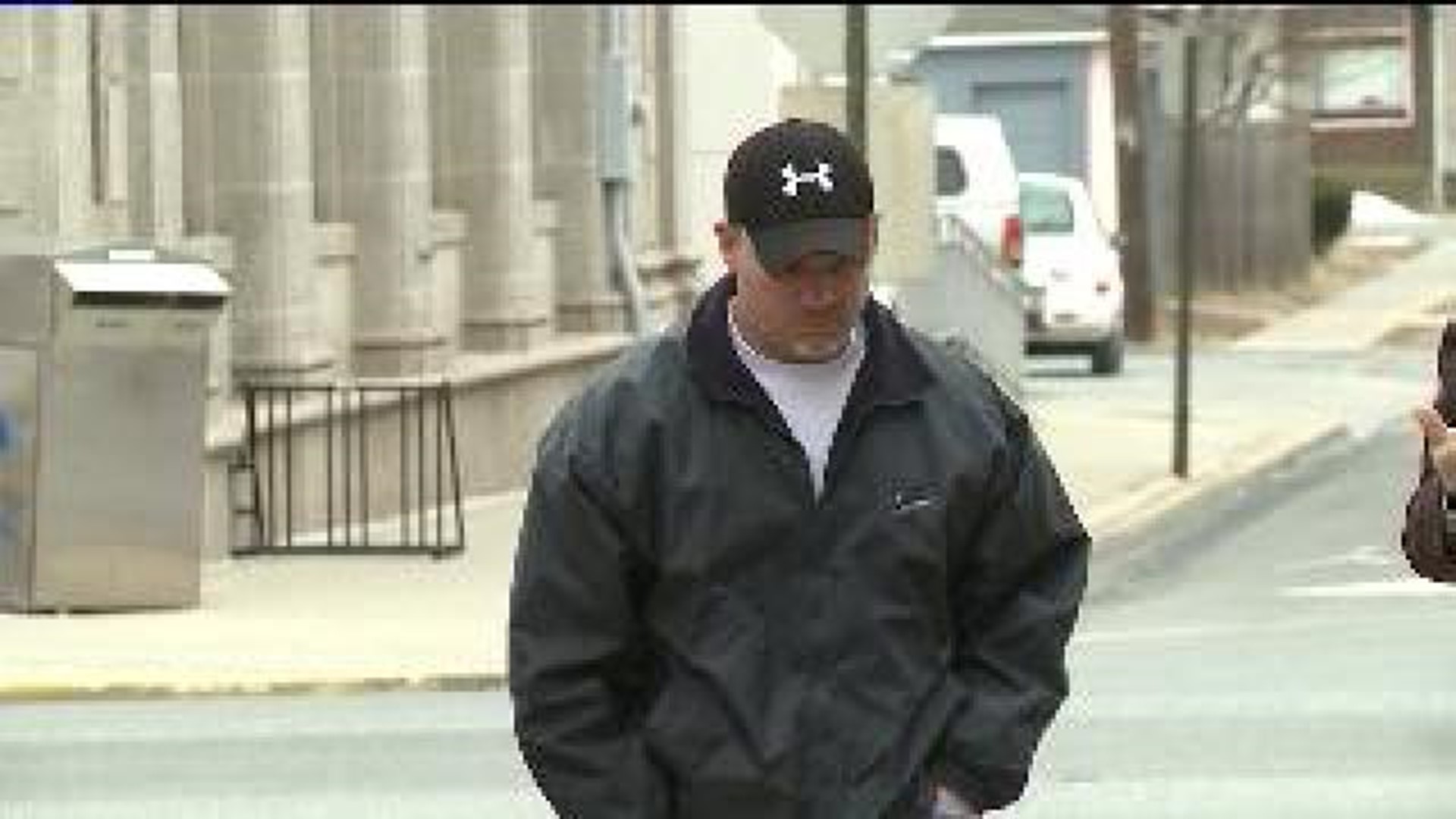 PALMERTON -- A Palmerton High School weightlifting coach is in trouble with the law.  He’s accused of recording a student athlete as she changed clothes in a school bathroom.

Robert Eckhart, 41, of Palmerton surrendered Friday.  Troopers say that last month he used a cell phone to record a 17-year-old female student athlete as she changed her clothes.

From the weight room to the court room – Robert Eckhart walked into a magistrate’s office in Palmerton.  Eckhart is accused of secretly recording a Palmerton High School Student as she changed clothes in a bathroom.

"It is a very sensitive case; I mean, come on, you have the Palmerton Area School District involved,” said defense attorney George Dydynsky.

According to court papers the incident happened last month.  Eckhart was meeting the 17-year-old girl for weightlifting practice at Palmerton High School and texted her to find out when she would arrive.  Eckhart told her to change in a specific bathroom when she got there.  The girl told state police that’s when she found a cell phone propped up against a wall recording video.

"It's uncomfortable. It makes me wonder what else could go on.  And I'm really happy for the girl that she spoke up and told someone,” said 2013 Palmerton graduate Maria Martinez.

"It shouldn't be happening.  I don't know. Like I said, it's disgusting,” said 2012 Palmerton graduate William Fronheiser.

Linda Kraftician’s daughter is a senior at Palmerton High School. She said this news is disturbing for parents, too.

"Yes, definitely troubling, someone that age shouldn't even be thinking about someone that young, let alone snapping pictures of them,” said Kraftician.

According to court papers, Eckhart denies that the iPhone found inside the high school bathroom was his.  Parents and former students in Palmerton say they hope investigators get to the bottom of this troubling situation.

"Yes, definitely take the right steps and find out what's going on and why,” said Kraftician.

"I hope they get to the bottom of it, because that's what needs to be done,” said Michelle Crewn of Palmerton.

Eckhart is a father of three, and now faces felony charges.  He’s ordered to stay away from school property as part of his bail.

Newswatch 16 attempted to reach school officials at Palmerton Area’s administration office.  No one would talk with us about the incident and our phone calls and emails to the district were not returned.