NESQUEHONING — State police are investigating the deadly crash that shut down part of Route 209 Monday night for about nine hours. Involved were a Nesqueh... 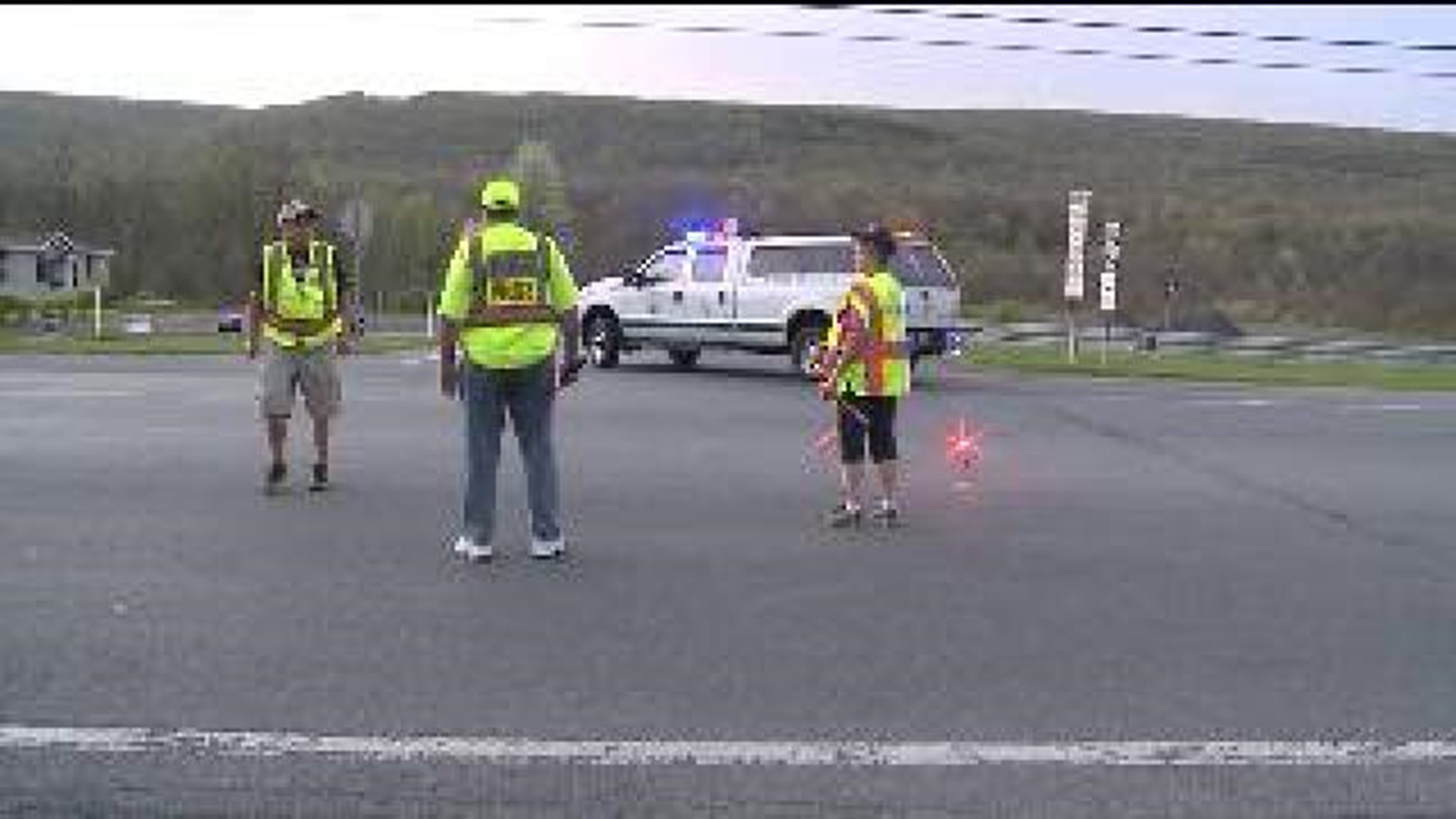 NESQUEHONING -- State police are investigating the deadly crash that shut down part of Route 209 Monday night for about nine hours.

Involved were a Nesquehoning police officer and another car with two people inside.

At first, state police told us the crash happened during a police chase, but Tuesday afternoon, troopers said they are not sure it was a chase.

State police say that Officer Steven Homanko hit another car after 6 p.m. Monday along Route 209 with his lights and sirens on.

Spray paint markings all across Route 209 are the only visible signs of a deadly crash.

State police say it happened in Nesquehoning while a part-time officer was driving, with lights and sirens on. But troopers are not confirming whether the crash was during a chase.

"Right now we're examining all evidence that is out there and basically anything that would say it's a pursuit right now would be rumored until those facts become available," said Trooper David Peters.

Part-time Nesquehoning officer Steven Homanko, 25, was behind the wheel.

Troopers say he lost control around a curve, hitting another car, killing Carola Sauers, 69, of Hazleton.

The driver, her husband Michael Sauers, 64, is in critical condition.

State police reconstruction teams are now trying to figure out just why and how everything happened.

The crash happened in this stretch of Route 209 between Jim Thorpe and Nesquehoning, about a mile and a half north of the Route 209 and Route 93 intersection.

She also lost her uncle a few years ago in a car crash on Route 209.

"He died on that road. It's dangerous. People need to learn how to slow down, especially when you have two businesses here," Dunbar said.

Newswatch 16 stopped by the Nesquehoning police department. No one was around to answer our questions

State police say Officer Homanko was released from the hospital but didn't know if he was put on leave.

Route 209 was closed to traffic for about nine hours while troopers worked on the case but police are still looking for missing pieces and want any witnesses to come forward.

"This happened at a time of day when people were still traveling on the roadway, so there are witnesses to this and we want to examine all those witnesses," said Trooper Peters.

At this time, no charges have been filed against the officer from Nesquehoning or anyone else in relation to this deadly crash.

State police say they don't know just how long the investigation could take.