Park workers had to clean for several hours after the weekend before opening on Monday. 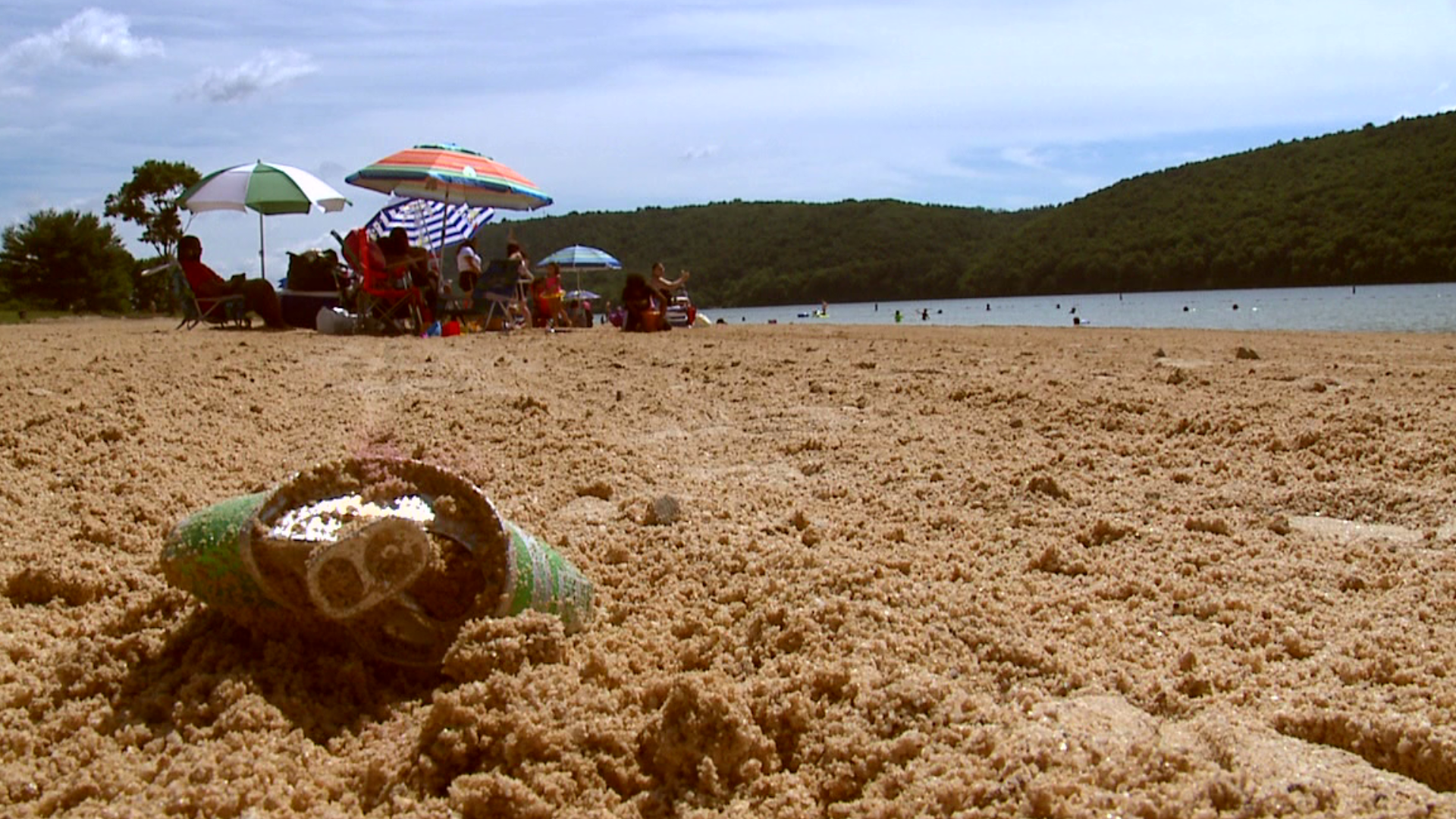 PARRYVILLE, Carbon County — Full dumpsters, a few cans, and the occasional food wrapper drifting in the breeze were the only traces of litter our news crew could find Monday morning at Beltzville State Park.

Newswatch 16 received a handful of viewer emails that said the park was trashed over the weekend.

Some guests we found say that's exactly why they come during the week.

"I know it can get a little out of control on the weekend, so I could see how it would be a little bit messy, so it's a little bit more serene during the week," said Erik Rodriguez from Allentown.

"We just got here, we haven't checked the park office or the restrooms, but the beach is gorgeous," added Nancy Harrington from Bucks County.

Some visitors who did not wish to appear on camera tell Newswatch 16 they arrived at the park around 8 a.m., only to find the park gates closed.

Park officials say they kept the gates closed intentionally Monday morning while volunteers and the maintenance crew cleaned up from the weekend.

"Right now, we have the COVID environment. We need the trash picked up and gathered away. We don't want someone picnicking next to someone else's trash," said Park Ranger Alma Holmes.

Holmes tells Newswatch 16 the park maintenance team began cleaning the beach Monday at 6 a.m. They cleaned alongside volunteers until 9:45.

They started keeping the gates closed longer for cleaning over the Fourth of July, but Holmes says she will continue to limit park hours as long as people keep leaving trash behind.

Evelyn Martinez says she saw social media posts about the litter problem on Facebook ahead of her daughter's birthday picnic.

"Now, because if it keeps going, they will probably close the park on us down the line, and we don't want that to happen," said Martinez.

Park officials say the trash problem is about the same as years past, but they're only operating at 75 percent of normal capacity.

She says they've also had a lot of alcohol violations this year.