JIM THORPE, Pa. — A petition to stop the Pennsylvania Game Commission from closing a trail in one part of Carbon County is gaining lots of attention. Offi... 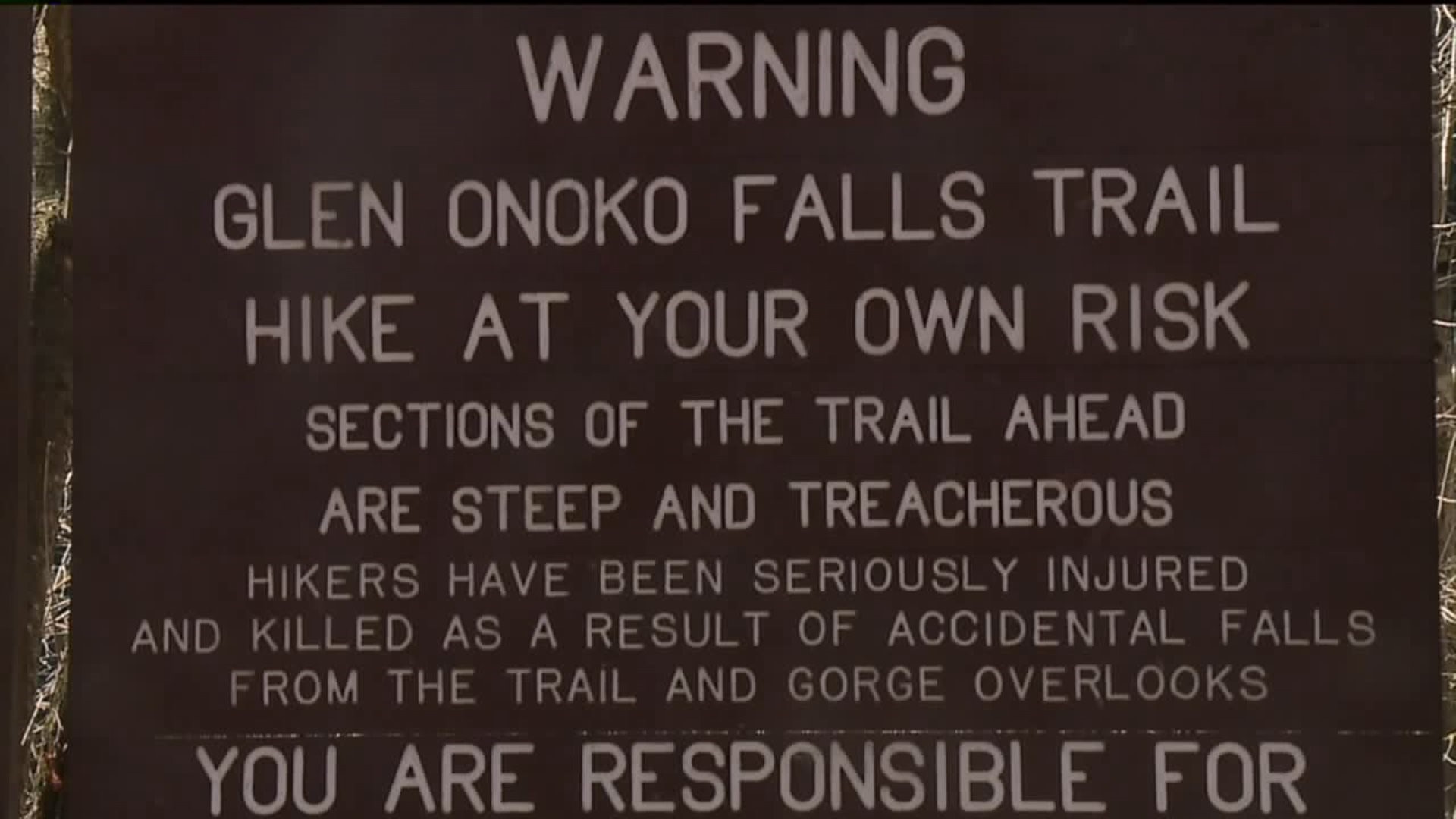 JIM THORPE, Pa. -- A petition to stop the Pennsylvania Game Commission from closing a trail in one part of Carbon County is gaining lots of attention. Officials plan to close the Glen Onoko Falls Trail next month, calling it a problem.

Hikers we spoke to hope their signatures will help change their minds.

Hiking the Glen Onoko Falls Trail near Jim Thorpe might sound like a feat to some, but if you ask hikers like Elena Kochmaruk from Bethlehem, there's a bigger challenge here.

Those who love this place are hoping an online petition will stop the Game Commission from closing the trail.

"People should listen to what the people who come here and enjoy it have to say instead of just closing it down," said Kochmaruk.

The Game Commission plans to close the trail on May 1 due to what it calls "dangerous conditions."

Three people have been killed along the trail in the past two years, and others have been injured.

Shortly after the announcement was made, an online petition to keep the trail opened gained thousands of signatures.

"I am in no way surprised that there are over 4,000 signatures," said Brock Newnam, Springfield, Delaware County.

Newnam from Delaware County is a Boy Scout. He and his troop have a trip planned here just before the expected closure.

"I think it's kind of sad. I like being outdoors, and it's fun for me," said Newnam.

Hikers we spoke to say it's encouraging to see how many people have already signed the petition and they hope it makes an impact.

"I think it's really important for the government to listen to what people have to say when people are speaking their truth and having feelings about that. I think it should be reviewed and people should pay attention," said Colleen Sullivan, Springfield, Delaware County.

"We'd like to come back again if it's still open, so hopefully this petition goes through," said Jim Newnam, Springfield, Delaware County.

Follow these links to learn more about the expected closure and the petition.