MAHONING TOWNSHIP, Pa. — Logan Bauer from Mahoning Township looks like your typical 14-year-old boy. However, to his father, Jason, he’s much more &... 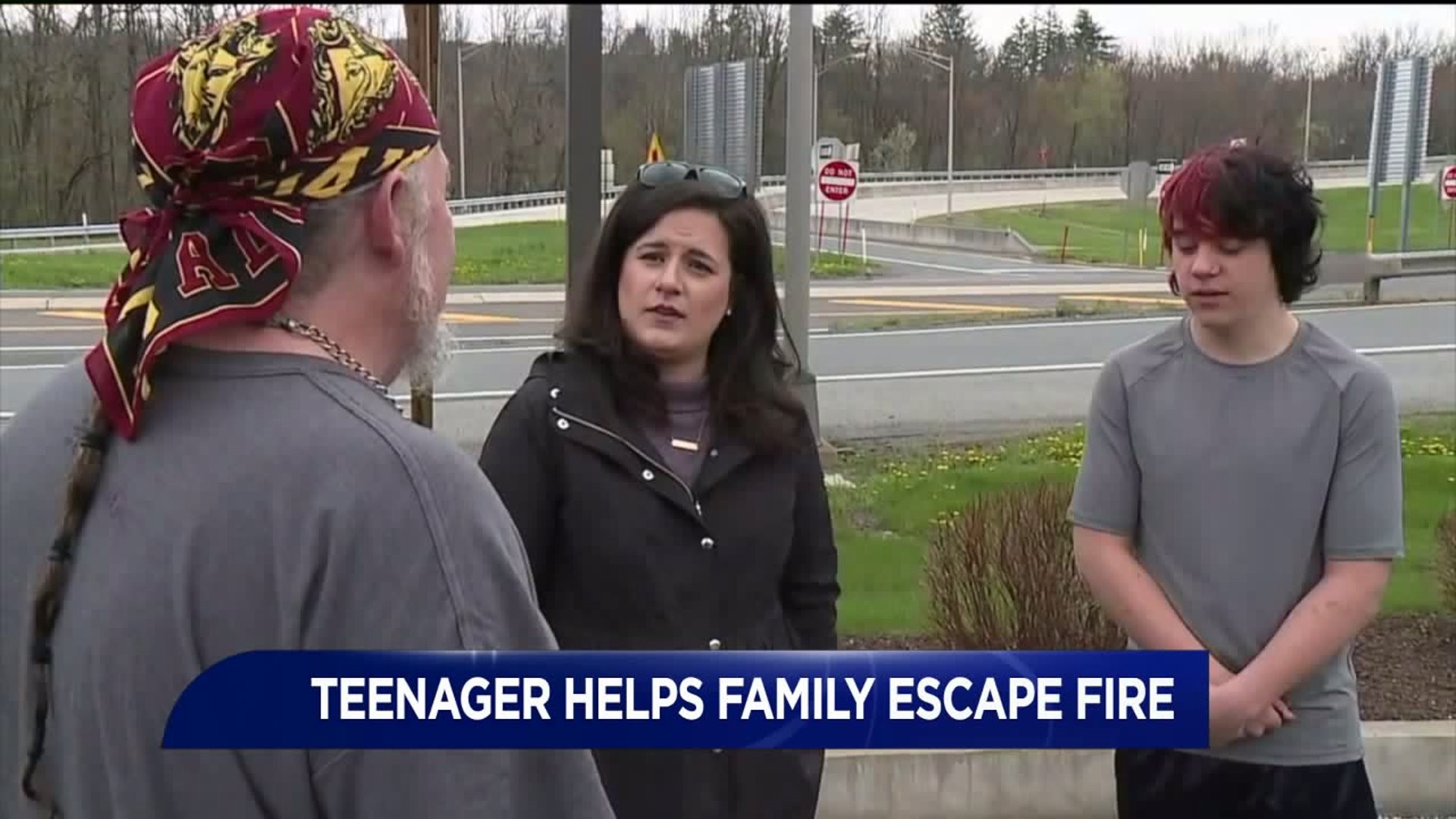 However, to his father, Jason, he's much more -- a hero, an inspiration, just some of the words the proud dad used to describe his son after Logan helped his family escape a house fire at their home near Lehighton last week.

"I just, proud don't cut it. It's all God. It's not me. I could just never ask for a better son," said Jason Bauer, Mahoning Township.

"I opened up the door from the basement and that's when all the smoke hit me. I realized there was a fire and started screaming, 'Fire, fire, fire!" said Logan Bauer, Mahoning Township.

According to Jason, the power was out at their home and they were using candles to see. One candle fell over.

Jason's wife was burned and airlifted to a nearby hospital.  She's still recovering.

Logan not only got his immediate family out but also ran into another room to get two children who were staying with them while their mom was at the hospital having a baby.

"There was no thinking. At that point I just wanted to get Kendall and Chloe out of the house because I was just scared for them," said Logan Bauer.

Not only did the family lose a lot inside, but a dog and a few chicks died in the fire. Two cats are also still missing.

"Everything else can get replaced, except for Cheyenne, which I, yeah," said Jason Bauer.

The family is staying at a hotel near Lehighton for the time being.  A GoFundMe page has been set up to help the family get back on their feet.