LEHIGHTON, Pa. — A World War II Veteran was honored by his hometown in Carbon County for his heroic efforts, but the evening also included a surprise reun... 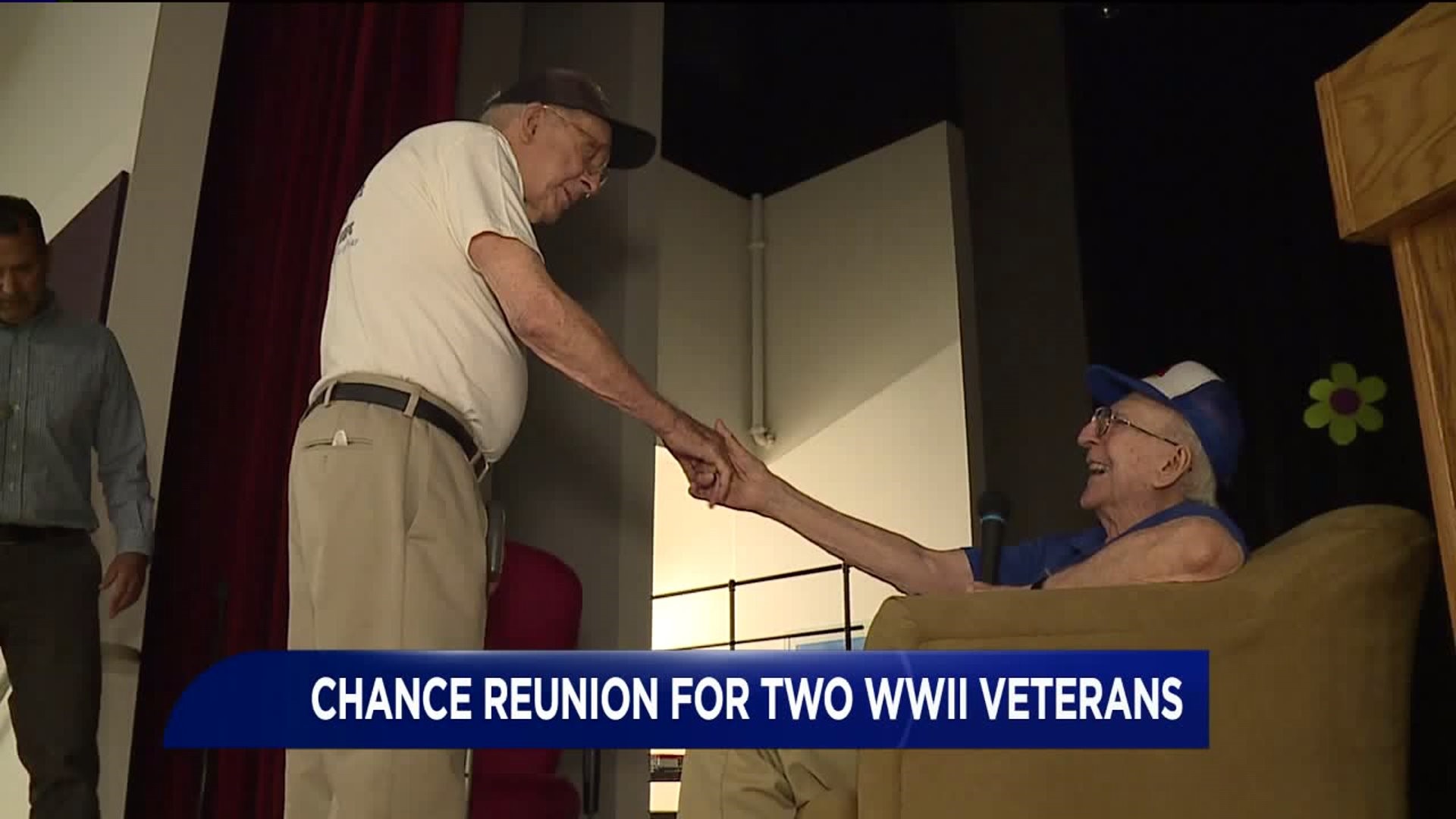 LEHIGHTON, Pa. -- A World War II Veteran was honored by his hometown in Carbon County for his heroic efforts, but the evening also included a surprise reunion for 95-year-old Clarence Smoyer of Lehighton.

“And I never got around to meet you, but I would like to meet you now,” said 94-year-old Earl Bridygham.

This was the moment where two World War II veterans reconnected in a surprise reunion.

It happened Wednesday evening at the Lehighton Area Elementary Center where folks had packed into the cafeteria to listen to Smoyer, who has been hailed a hero for his efforts as a tank gunner in Germany.

Smoyer was credited for destroying a German tank in the Battle of Cologne near Cologne's famous cathedral in March of 1945.

“We were heading towards to the cathedral and somebody flagged and said, 'Don't go farther. There's a Tiger tank,'” said Bridygham.

Unknown to Smoyer, Bridygham's infantry division had been marching towards the cathedral not realizing there were two tanks fighting there.

Bridygham came to the event to thank Smoyer for saving his life.

“All the buildings around there were really shot up and bombed, and the cathedral had a couple little holes in the roof,” said Bridygham as he and Smoyer shared the stage.

Smoyer's valiant efforts were documented in a book titled “Spearhead,” named after the tank he manned. He's done several book signings, including one at the elementary center.

“I enjoy it. I think it's very truthful, and I hope it sells a million copies,” said Smoyer.

Smoyer was honored with a proclamation from the borough of Lehighton, but he remains humble, and in the end, it was a simple evening with two veterans sharing their war stories.

“Fifty-caliber, the shingles were flying off the houses,” said Bridygham as the two men laughed.

Smoyer never got his high school diploma from Lehighton Area. He left school in the 10th grade and was drafted into the war. The school board plans to give him an honorary diploma at the next board meeting on June 24.