WEATHERLY, Pa. — It’s been almost 20 years since Judy and Dennis Shepard from the state of Wyoming lost their son Matthew. The 21 year old was a col... 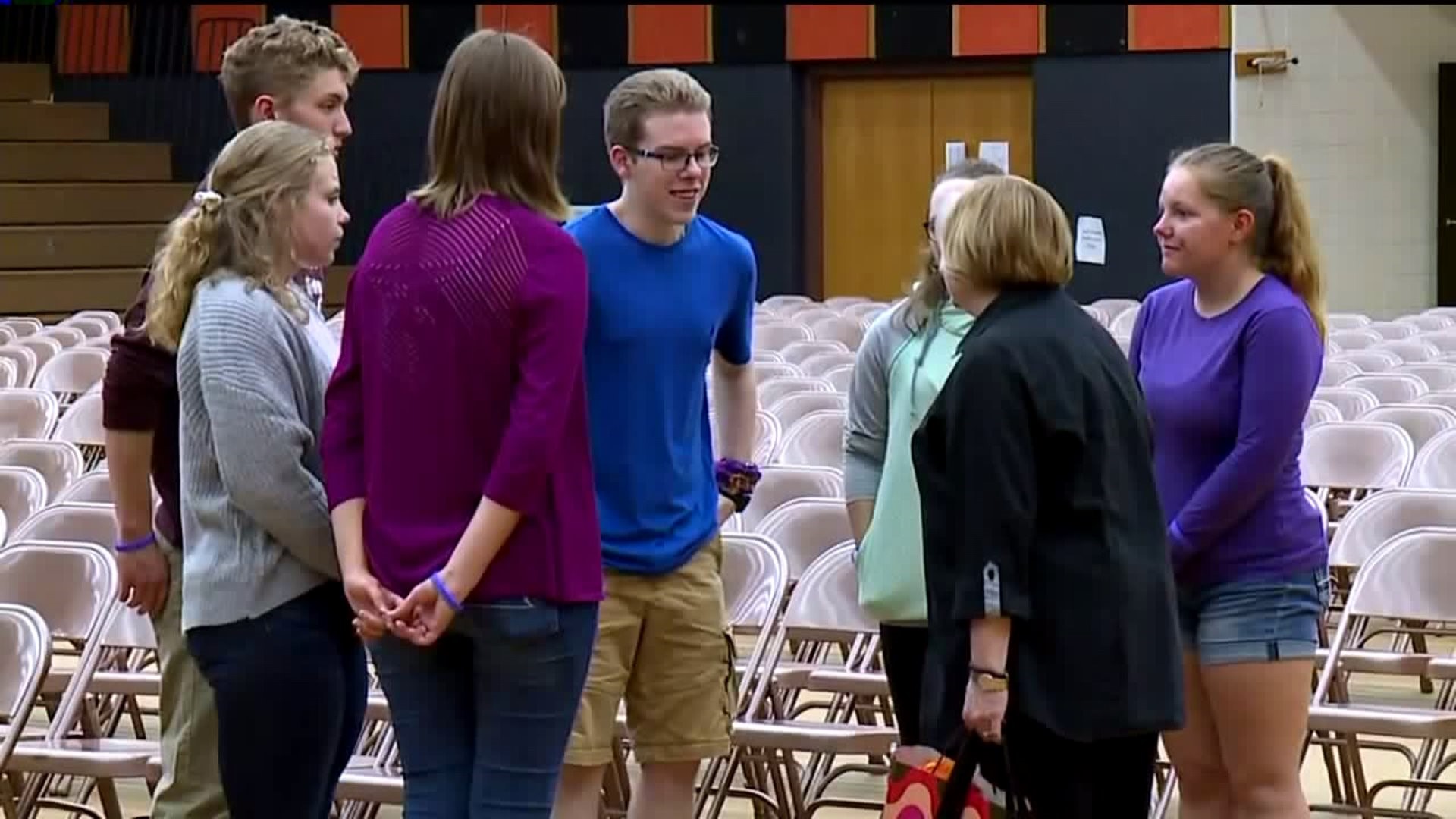 WEATHERLY, Pa. -- It's been almost 20 years since Judy and Dennis Shepard from the state of Wyoming lost their son Matthew.

The 21 year old was a college student at the University of Wyoming when he was brutally beaten and killed for being gay.

Students at Weatherly School District learned about Matthew's story Wednesday at an assembly in the middle school gymnasium.

"I thought that it was really horrible that they had to go through that, but it's incredibly inspiring that they can share their story like this," said senior Rose Marie Kramer.

The Shepards now go across the country to talk to students about bullying, hate crimes, and ways to prevent all of it.

"We don't have Matt anymore, and it makes me want to be so protective of all the other kids. They need not feel isolated or afraid to be who they are. It's who they are, and I just want them to feel like they can live their whole life," said Matthew's mother Judy Shepard.

"We want to do whatever we can to stop another family from losing a loved one just because someone is considered different," said Matthew's father Dennis Shepard.

Students we spoke to say bullying is happening more frequently, especially with so many kids connected to social media. So, it was very eye-opening to hear Matthew's story.

Nikki Polivka is a senior and says it was hard not to tear up during the assembly.

"It was very emotional. Then when they opened it up to the audience, a lot of younger kids decided to share how they can relate and that made it even more emotional," said Polivka.

The Shepards will host another speaking event Wednesday at 7 p.m. at Weatherly Middle School.