LEHIGH TOWNSHIP, Pa. — Just behind a tree farm near Weatherly, there is a field with a little more than 100 white wooden crosses in the ground. Newswatch ... 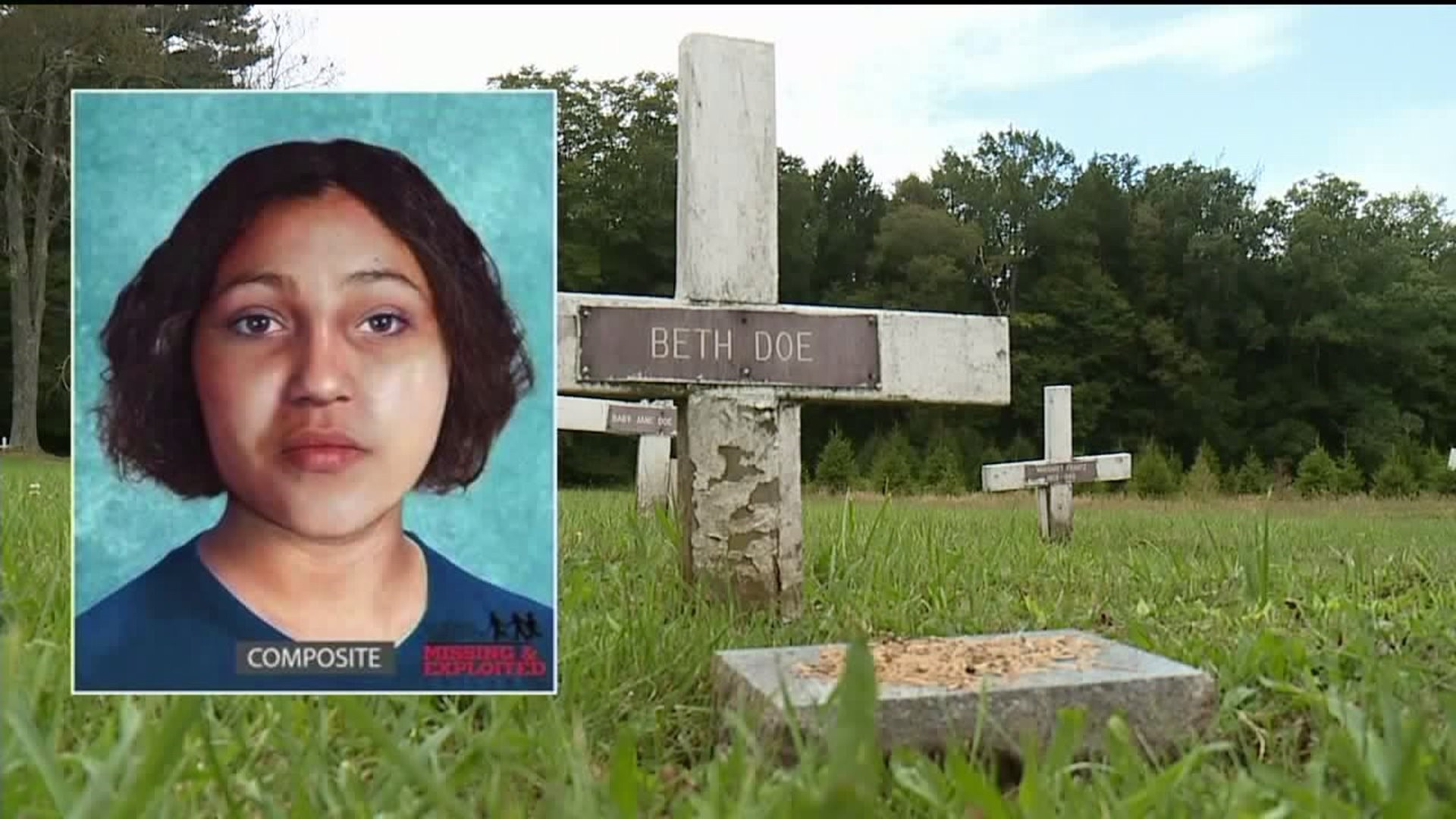 LEHIGH TOWNSHIP, Pa. -- Just behind a tree farm near Weatherly, there is a field with a little more than 100 white wooden crosses in the ground.

Newswatch 16 went looking for one cross in particular -- the one where "Beth Doe" rests.

"Beth Doe" was a young woman, killed and stuffed into suitcases along with her unborn daughter.

The luggage was found along the Lehigh River on December 20, 1976.

"It was one of my son's friends that came across the suitcase. They were the ones that found it. That's the only thing we talked about for days," said Barry Drasher, White Haven.

In 2015, investigators released updated images of what "Beth Doe" may have looked like. It's believed she was between 15 and 25 years old at the time of her murder.

Now, almost five years later, there is another lead.

"A woman called in several weeks ago, after seeing one of the composite sketches, and believed it to be a girl that she knew when she was in high school that went by the name of Madelyn -- they called her Maggie -- Cruz. Investigative efforts at this point to try and identify Maggie as our potential victim, we haven't been able to do so yet," said Trooper Brian Noll, Pennsylvania State Police.

The tip caller told investigators she went to high school with Cruz in Massachusetts, but she hasn't seen or heard from her since the summer of 1976.  The woman says Cruz told her then, that she was pregnant, scared, and needed money.

State police are still holding out hope that someone will recognize either the photos, suitcases, or blankets that were found in this area more than 40 years ago.

"You never know. Someone somewhere might be thinking, 'Well, I haven't seen this classmate in 50 years, and I'd like to know where they are.' Then they see a photo or a sketch of them and they think, 'Well, that looks like them,'" said Lou Kistler, White Haven.

State police believe "Beth Doe" was originally from western or central Europe before coming to the United State where they believe she may have lived in the southeast.