TOWAMENSING TOWNSHIP — A group of folks in Carbon County are fighting to keep a proposed natural gas pipeline off their property. Plans call for the PennE... 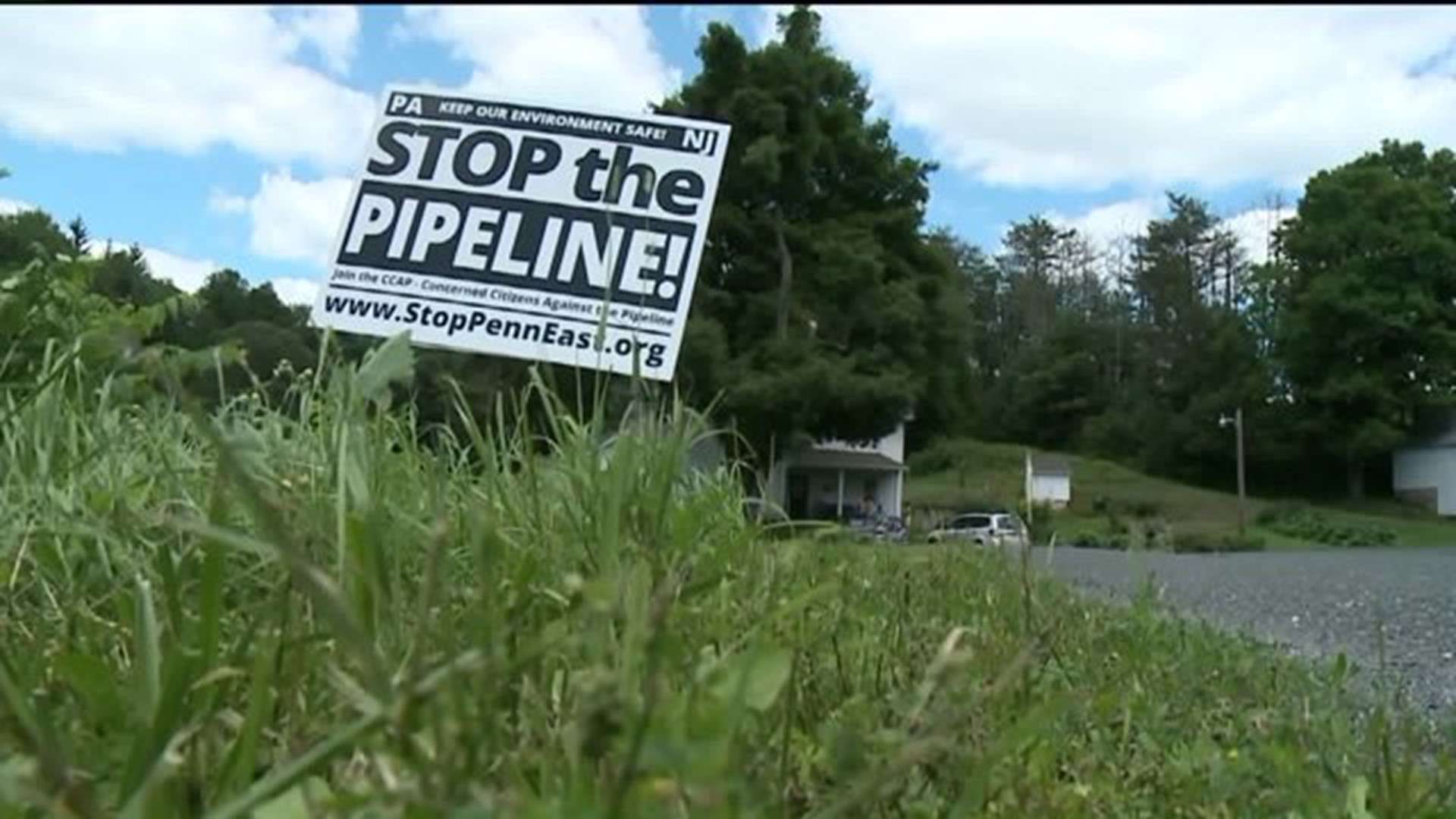 TOWAMENSING TOWNSHIP -- A group of folks in Carbon County are fighting to keep a proposed natural gas pipeline off their property. Plans call for the PennEast/UGI Pipeline to cut through dozens of farms and several state parks.

Now dozens of residents in Carbon County are urging the two natural gas companies to rethink the route the proposed pipeline would take. Their goal is to save some beautiful property here in the Poconos.

Pristine freshwater springs, gardens filled with broccoli, rhubarb and tomatoes, and nothing but rolling hills as far as the eye can see. This is why 91-year-old Albertine Anthony loves her property in Towamensing Township outside Lehighton. But a proposed natural gas pipeline could change all of it.

“I will never sign anything. I don't care what the hell they do. I told them to stay off of my property and we'll get along fine,” Anthony said.

Anthony’s family has lived on this property since 1830, three generations.

Now PennEast/UGI Pipeline Company wants to run a natural gas pipeline through her land, state parks, and other private property. If it passes, it would forever change the face of this historic preserved farm in Carbon County.

“They are proposing to put the equivalent of an eight-lane highway through state parks, preserved farms, through beautiful Carbon County. They can do better than that,” said Linda Christman, spokeswoman for Save Carbon County.

The group called Save Carbon County rallied at a meeting in Jim Thorpe. Members want the pipeline that’s planned to run from Luzerne County’s Back Mountain to New Jersey to be moved closer to an existing pipeline.

The PennEast/UGI Pipeline is proposing to complete this project by 2017. Their next step will be filing a formal proposal with the Federal Government for approval within the next couple of months.