A new report suggests about half of drivers without an E-ZPass simply aren't paying Pennsylvania Turnpike tolls. In March 2020, the turnpike switched to electronic. 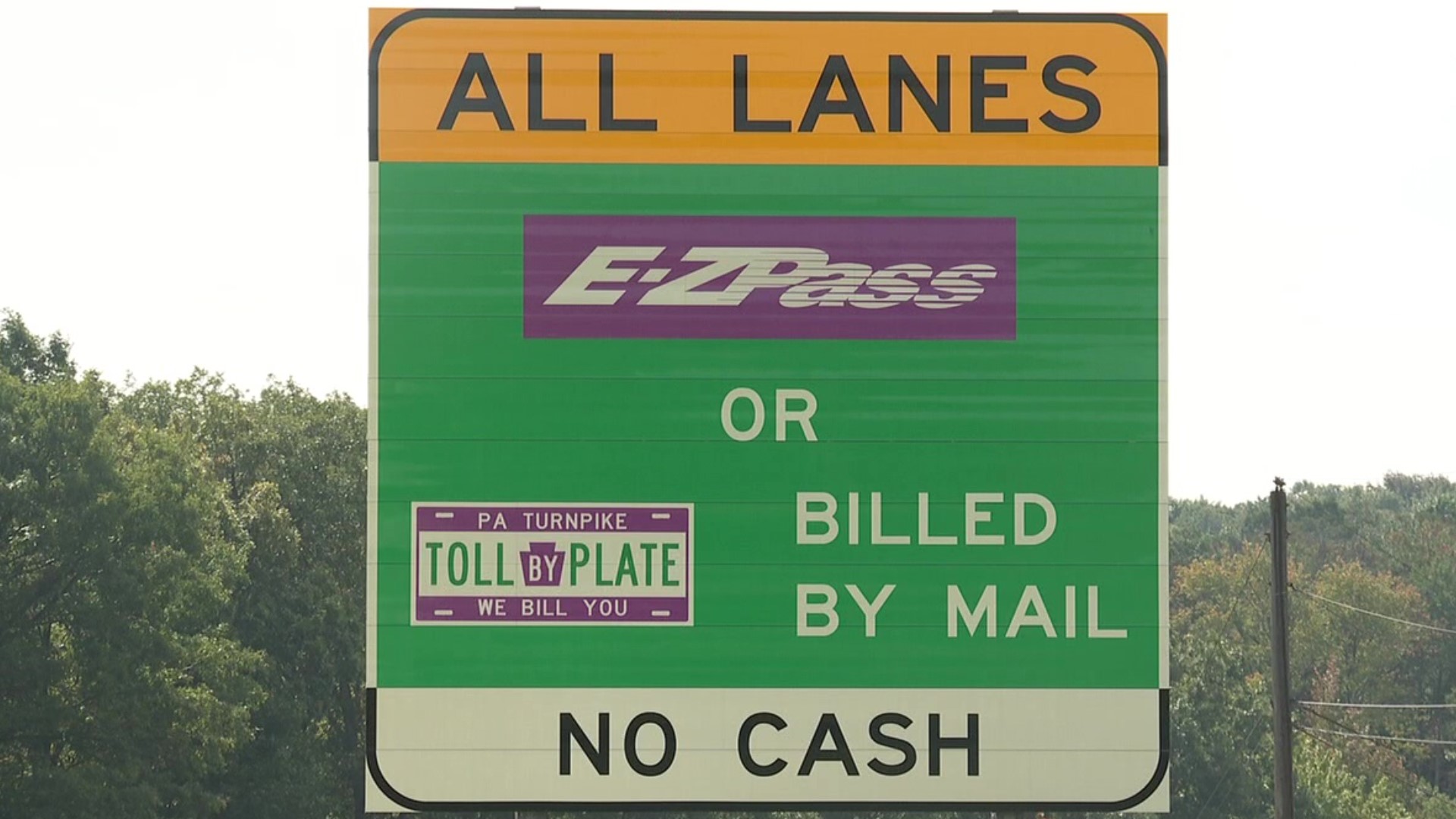 JIM THORPE, Pa. — 11 million free rides on the Pennsylvania Turnpike: A Pennsylvania Turnpike commission report obtained by the Associated Press shows roughly half of the drivers without an E-ZPass didn't pay their tolls last year after the turnpike went all-electronic.

Tolls were mailed to drivers but left unpaid, creating a revenue loss of more than $104 million.

E-ZPass holder Jerry Wagner stopped at the Hickory Run turnpike plaza in Carbon County on Wednesday. He said it's a shame.

"It makes me feel pretty bad because they're taking a trust that they're using the turnpike and that they should pay," Wagner said. "People, I'm sure out of state, just don't feel they have to pay or can't afford to pay."

Moosic residents Tom and Wendy Baranski said they travel on the turnpike every week and have an E-ZPass in each vehicle.

"It's disappointing, of course. I mean, everybody should kick in their fair share at least," Mr. Baranski said. "The toll by plate thing, as soon as they started that, I figured that wasn't going to work too good."

Last year the turnpike removed attendants from toll booths, citing safety concerns about the exchange of cash during the pandemic. With all the lost revenue, some drivers suggest putting them back.

"It's showing it's not working, so I think that they have to go to strictly E-ZPass on the Turnpike," he said.

Drivers told Newswatch 16 they see crews working to improve the turnpike all the time; work that needs funding.

"Look at where they widened [the turnpike] down there. I mean they did so good with that, with those three lanes, for miles and miles," Mr. Baranksi said. "But yeah, it costs."

"They need to do something that's going to allow the turnpike to collect that money," Wagner added.

The turnpike commission told the AP it's taking the issue seriously and leaving no stone unturned trying to get the money back.

Drivers who spoke to Newswatch 16 off-camera worry the losses could mean higher tolls in the future. The turnpike commission already announced plans to raise tolls by 45% on toll by plate and by 6% on EZ Pass users starting next year.