PENN FOREST TOWNSHIP — A lot of questions still remain after a deck collapse in Carbon County. The deck came crashing down Tuesday night before the severe... 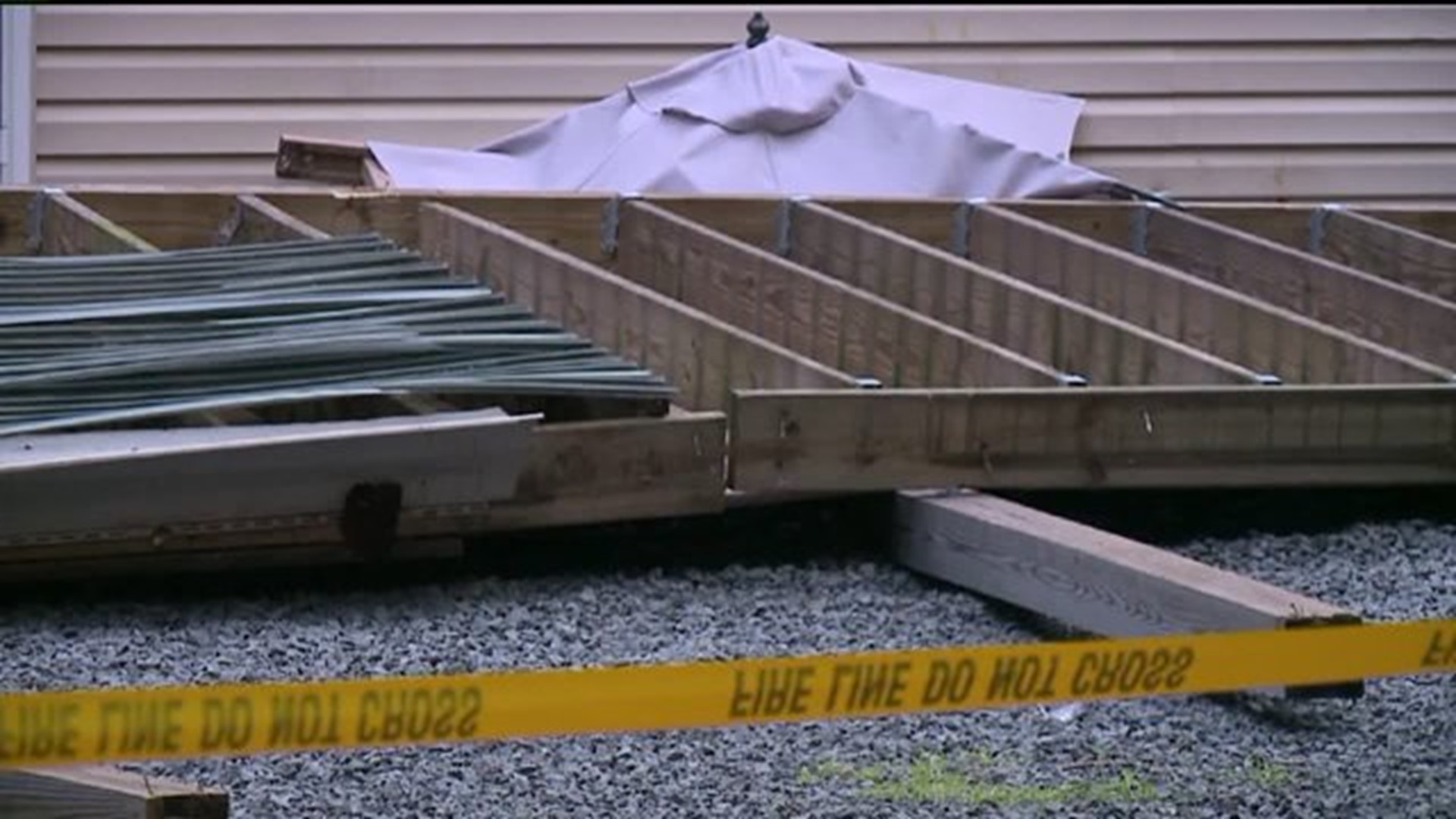 PENN FOREST TOWNSHIP -- A lot of questions still remain after a deck collapse in Carbon County.

The deck came crashing down Tuesday night before the severe storms hit, during a child's birthday party near Albrightsville.

First responders tell us some victims were trapped underneath the collapsed deck for up to a half hour while firefighters used chainsaws and jacks to free them.

Now many neighbors are wondering just what caused a seemingly safe deck to come crashing down.

Neighbors in the Towamensing Trails private community near Albrightsville say they saw the family from New York just before the party began and then heard the sirens and the screams.

"Oh, my gosh, it is devastating and our hopes and prayers go out to that family because I heard that they got hurt pretty bad," said Fred Borcherdd of Penn Forest Township.

Six people were taken to the hospital, four of them by helicopter.

First responders tell us they're not sure how many people were on the deck when it went down, but five people were trapped underneath.

"The back fell first and then as that was coming down it made it spin upside down, it actually did a 360 and landed. The front was actually leaning up against the house," said Penn Forest Township Fire Department Second Assistant Chief David Michael.

Firefighters used chainsaws and jacks to free the victims, some stuck underneath the deck for half an hour with head injuries and broken bones.

Neighbors say this isn't the first time they've seen a scare like this.

"It's not the first time a deck has collapsed around here. But the last time a deck collapsed, it collapsed from the bottom, it didn't just fall forward," said Melanie Kirk of Penn Forest Township.

We stopped to talk with the zoning and codes officer here in Penn Forest Township to find out if that deck that collapsed was up to code or how others could make sure their decks are safe. They told us they have no comment.

"To me it looked like a decent standing deck, until it came down," said Michael.

DiMaria Realty handles rentals of the property. They said they have no comment on the collapse either.

Family members of those hurt in the collapse told Newswatch 16 they are expected to be OK, but were still in the hospital as of this afternoon.