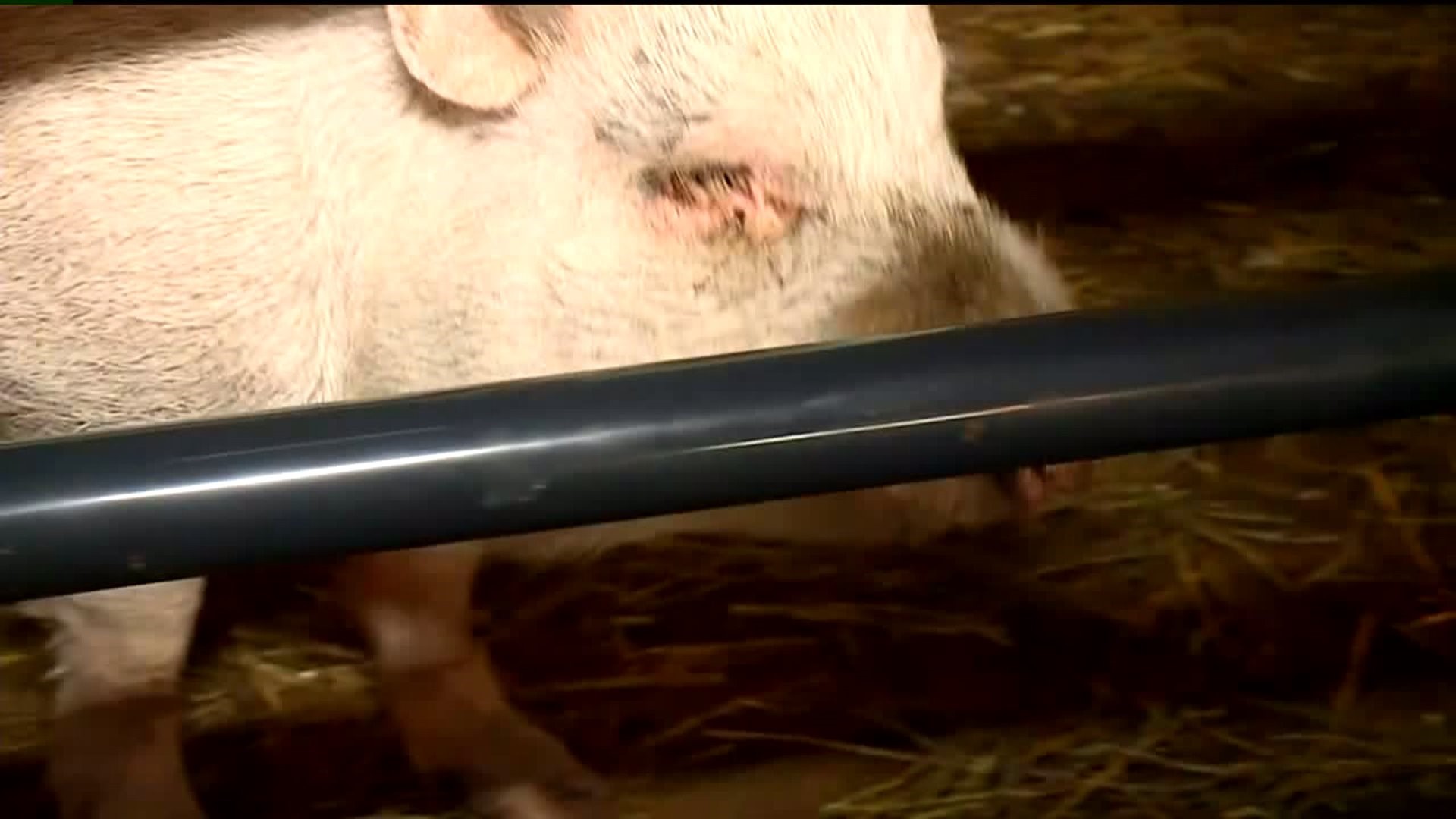 FRANKLIN TOWNSHIP, Pa. -- It's not the kind of hog you usually see circling a Harley Davidson dealership, but a pot belly pig dubbed "Porky" was picked up outside of the business near Parryville.

A salesman stayed with the pig until help came.

"I thought someone was just messing around with us, but we went up to check it out, and you can tell right away he was a very friendly and he was someone's probably family member, a pet, like a dog that went away or something," said Eric German, Keystone Harley Davidson.

Eric says he contacted Franklin Township police, who then contacted members of the Carbon County Animal Response Team, or CART, to come and get the pig.

"Porky" is now being taken care of at a nearby farm.

"We got the pig. We ended up getting him into a cage and corralled it and brought it over to a sanctuary farm so we can hopefully find the owners of the pig," Frank Beckett, CART coordinator.

The pig was actually spotted as early as Saturday in this area and that's why when he was spotted again, employees at Harley Davidson thought it was very important to get him before he ran out into traffic.

"He definitely would have wandered down to (Route) 248 and possibly caused an accident, you know what I mean, along with hurting himself he would have hurt maybe someone driving or on a motorcycle," said German.

Members of CART say because the pig is so friendly and used to humans, it's believed it is a pet pig. Now, the hope is to get him home.

"They are a very docile animal and they are great. Everyone seems to like them," said German.

If you think this is your pig, you're asked to contact the Carbon County Animal Response Team by email at CCART@ptd.net

Though members say you'll be asked a series of questions to make sure "Porky" goes back to the right home.