Pomeranian Left in a Box in Carbon County

FRANKLIN TOWNSHIP, Pa. — A dog found in a box over the weekend in Carbon County is being cared for at an animal shelter. The Pomeranian was dumped on Skyl... 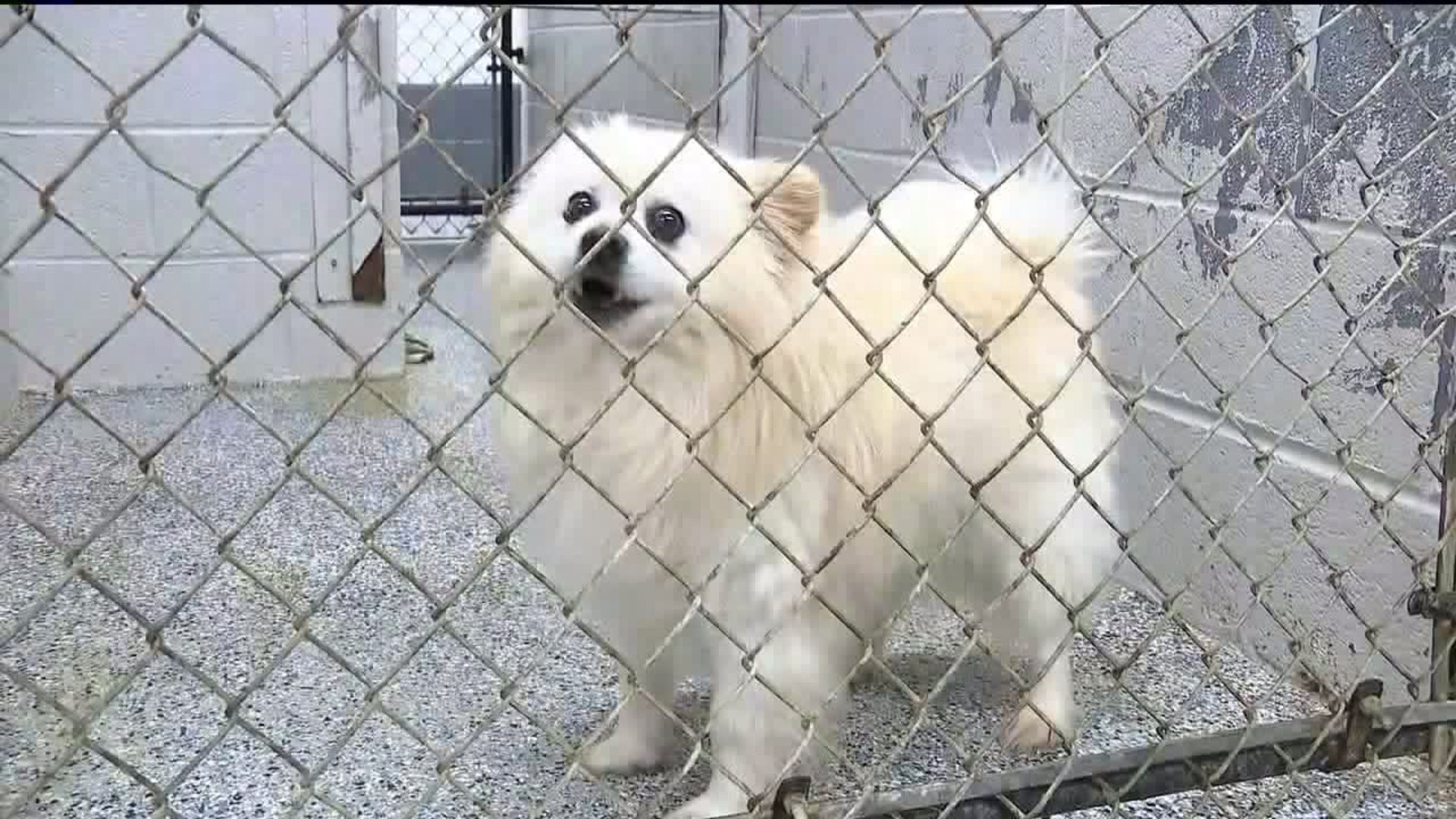 FRANKLIN TOWNSHIP, Pa. -- A dog found in a box over the weekend in Carbon County is being cared for at an animal shelter.

The Pomeranian was dumped on Skyline Drive near Lehighton on Saturday with no food or water.

"We are thankful that this dog didn't get hurt or that another animal didn't get it and it didn't stay out in the weather too long. We believe we got it the same day that it was dumped. We are hoping someone will recognize it," said Tom Connors, Carbon County Animal Shelter Director.

Tom Connors is still holding onto the box the dog was found in. It was duct-taped together.  There was a towel inside and only a few air holes. No food or water was left behind.

Willard Laury lives just down the road from where the dog was found.

"Why didn't they just put it on Facebook or something? Free dog, you want it? They would have been able to get rid of it," said Laury.

People who live in this neighborhood think it's a shame someone would just dump a dog, but they are happy someone found it and brought it somewhere safe.

For the safety of the dog, the shelter director isn't saying if it's male or female.

The Pomeranian is in good health but will be checked out by a veterinarian.

Connors wants people to know there are options available if you can no longer care for your dog.  However, dumping isn't one of them.

"We need to start putting people's pictures on the front page of the paper that think it's OK to put a dog in a box or tie it to a tree and walk away because that is not OK," said Connors.

If you have any information about the Pomeranian, you're asked to contact the Carbon County Animal Shelter.

This pup will be ready for a home in the coming weeks.