LANSFORD, Pa. — Police are cracking down on poorly kept properties and other quality-of-life issues in one part of Carbon County. Lansford police are keep... 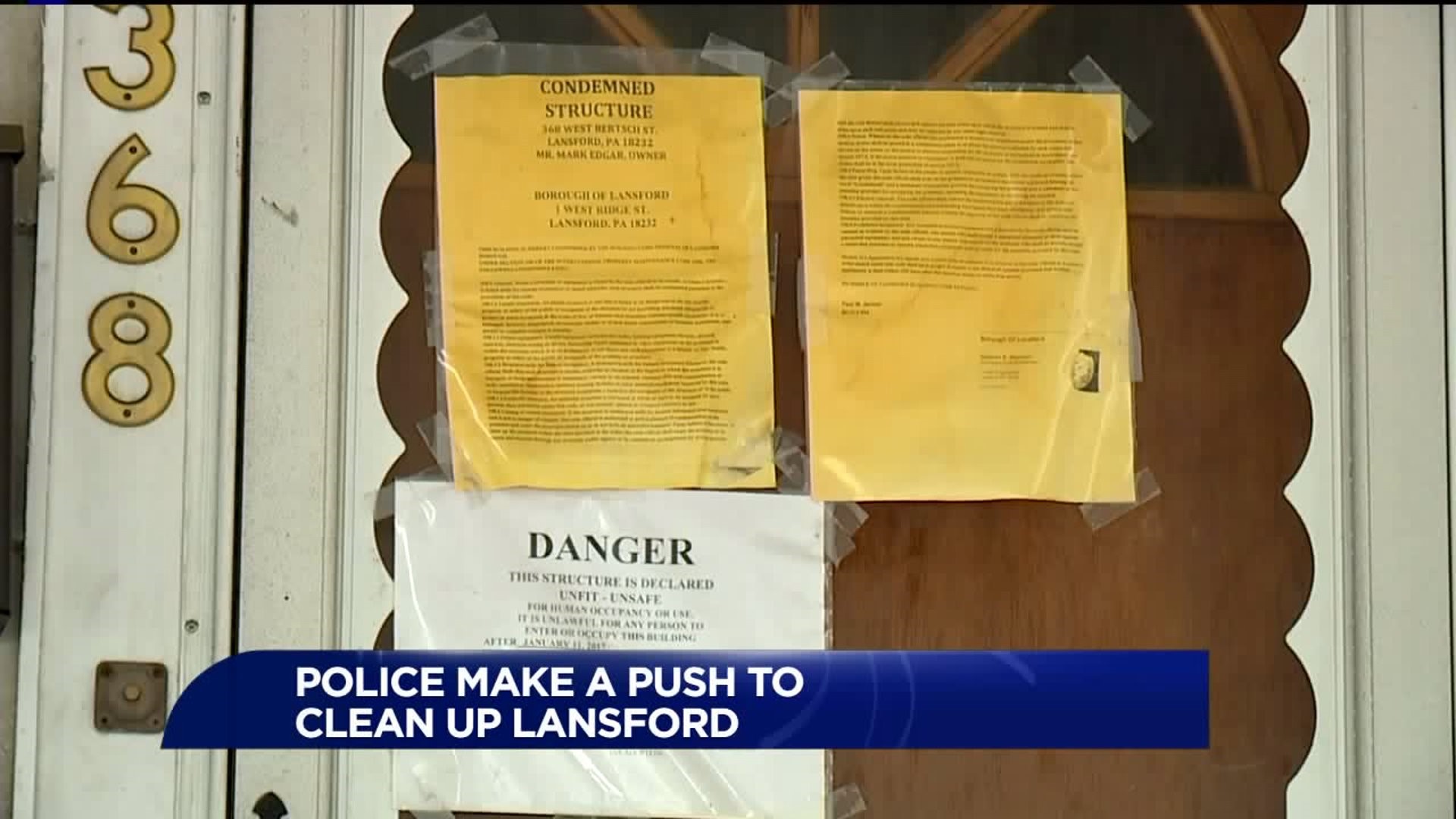 LANSFORD, Pa. -- Police are cracking down on poorly kept properties and other quality-of-life issues in one part of Carbon County.

Lansford police are keeping an eye on everything from blighted properties to abandoned vehicles.

Townhouses line Bertsch Street in Lansford but on this block, two houses have "condemned" signs on the front doors.

James Marblestone says one of those houses has been unlivable for nearly three years.

"People didn't care and it's a shame. Then there's the building across the street and that's just crumbling down. The one window on the bottom there is like falling out," Marblestone said.

Lansford's police chief says there has been a big push to crack down on drug crimes. In fact, 44 arrests were made just last month.

But now, it's time to focus on quality-of-life issues.

"Those simple rules of keeping the town clean are taking care of the small things and that will take care of some of the big problems, we hope," said Lansford Police Chief Jack Soberick.

It's not just battling drugs and blighted properties. The police chief says he also wants people to clean up their yards, remove broken-down cars, and just clean up the neighborhood.

"There are quality-of-life rules and let's face it, that is what affects everyone on a day-to-day basis. They don't really care if I arrest a major drug dealer, they care about the noisy neighbors, the uncut grass, the abandoned vehicles, things that impact how your house looks. In many cases, you have a beautiful home next to a house that is unmaintained and is that fair to the person who takes care of their property?" the chief asked.

"I think it's a good idea and it's about time. The town definitely has a bad record with certain things and the citizens are good people," said resident Shelia Hartranft.

Lansford police will also work with code officers to look out for zoning violations to make sure everyone has permits when moving in or out of the borough.