Some resorts expect the season to continue through late March or early April. 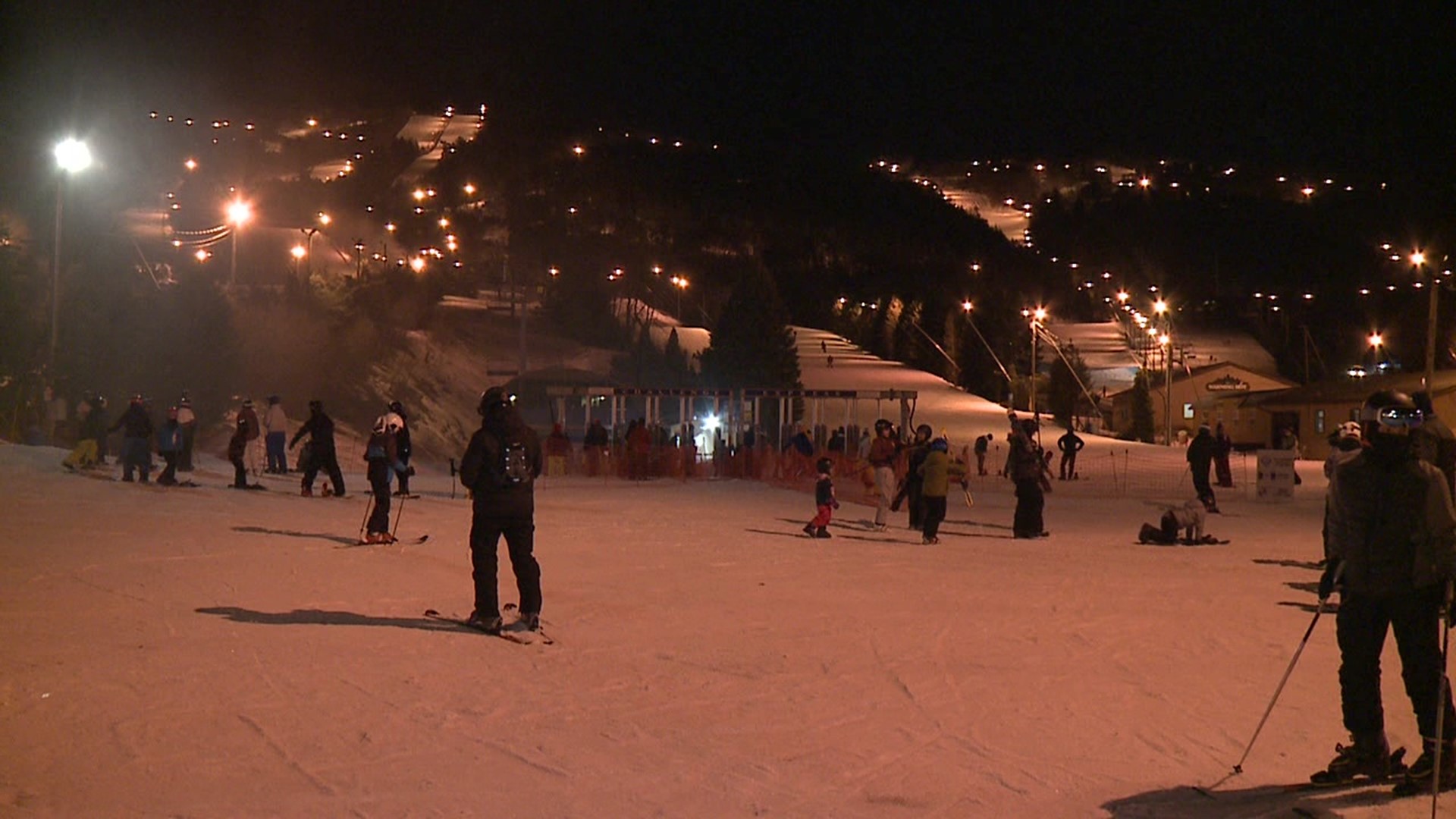 CARBON COUNTY, Pa. — Plenty of people were hitting the slopes on Tuesday night at Blue Mountain Resort near Palmerton.

Officials at the resort said they may have their longest season ever in 2021.

Slopes are expected to stay open here through late March to early April.

"It's great being able to enjoy the snowboarding season a little bit longer than usual," Adam Knopelski of Albany Township said.

The start to the season was sluggish with warmer weather in late November, but employees are making the most of a chilly March by running snow-making machines.

"We're just making snow every chance that we get right now. Unfortunately, we had a couple of rainy days over the weekend, but it really didn't hurt the snow so much because we have such a great base built up," Blue Mountain Marketing Director Ashley Seier said.

Due to the pandemic, Blue Mountain is running at 60 percent capacity.

Employees said most weekends and even some weekdays this season have been selling out.

"We've definitely seen Saturday's and Sunday's as, of course, big sell-out days, but it's even starting to trickle into mid-week. I think it's because people didn't take their big family vacations over summer, or they are not going out west this year, so they are really discovering what's in their own backyard," Seier added.

"It's a great way to get outside, you know, you got a big open mountain. It's great to bring people out and teach them, you know, during something crazy like this," Aaron Nonnemaker of Effort said.

With the cooler weather expected this week, snowmaking machines will be running.

Workers hope Mother Nature continues to cooperate through the end of March.