MAHONING TOWNSHIP — An ad from Craigslist has been floating around the internet since last Friday showing a picture of the rocks from the rock slide on Ro... 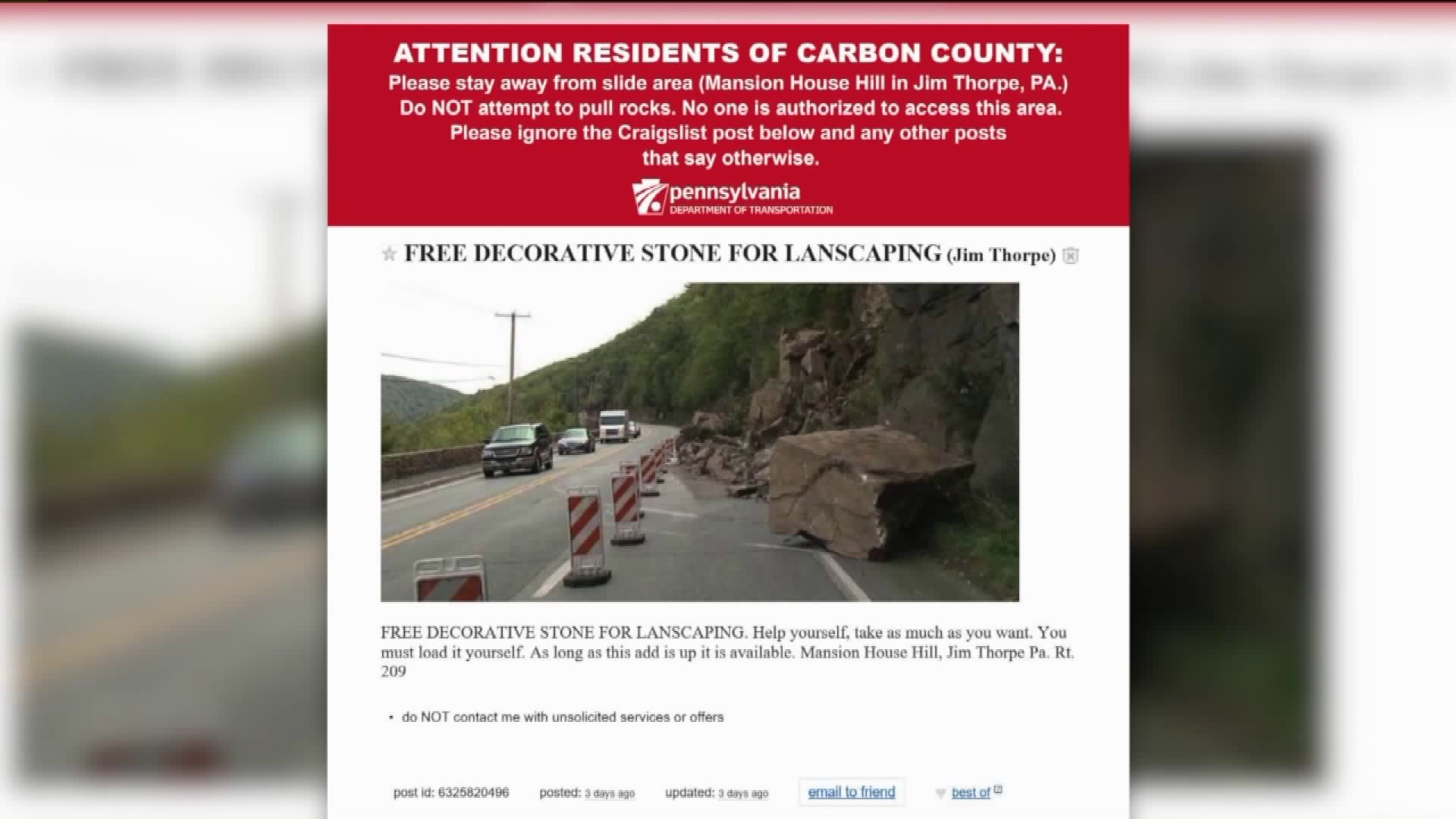 MAHONING TOWNSHIP -- An ad from Craigslist has been floating around the internet since last Friday showing a picture of the rocks from the rock slide on Route 209 near Jim Thorpe.  The description says, "Free Decorative Stone for Landscaping."

Denise Straubinger saw the ad over the weekend.

"Well, it was kind of foolish, of course. But it made a point. It made its point," said Straubinger.

Even if it's just a joke, PennDOT officials are now warning people about this ad and to ignore any others that are out there offering the rocks.

Officials say no one should try to take or move any of the boulders and only authorized personnel are allowed beyond the barriers in Mahoning Township.

"People shouldn't be up there and looking at those rocks because it could come down again. You can see that the rocks up there are pulling away from the wall and it's not a good place to be," said Annette Roman, Jim Thorpe.

The rock slide happened about three weeks ago.

PennDOT officials say they are working on the contract so crews can begin to clean up the mess.

"I think it was very foolish. It's no joke. Someone can get killed. It's a shame that it's even going on, but there is nothing we can do," said Louis Snyder, Jim Thorpe.

"Someone can get killed up there. People ride that way just to see the rocks, and that can fall down again," said Straubinger.

PennDOT officials have a meeting scheduled for Tuesday to try and get a contractor to clear away the rock slide on Route 209.

An update on when it's expected to begin should come out later this week.