JIM THORPE, Pa. — Whether it was by bike or by foot, hundreds of people came out to cross the Mansion House Pedestrian Bridge in Jim Thorpe. The project i... 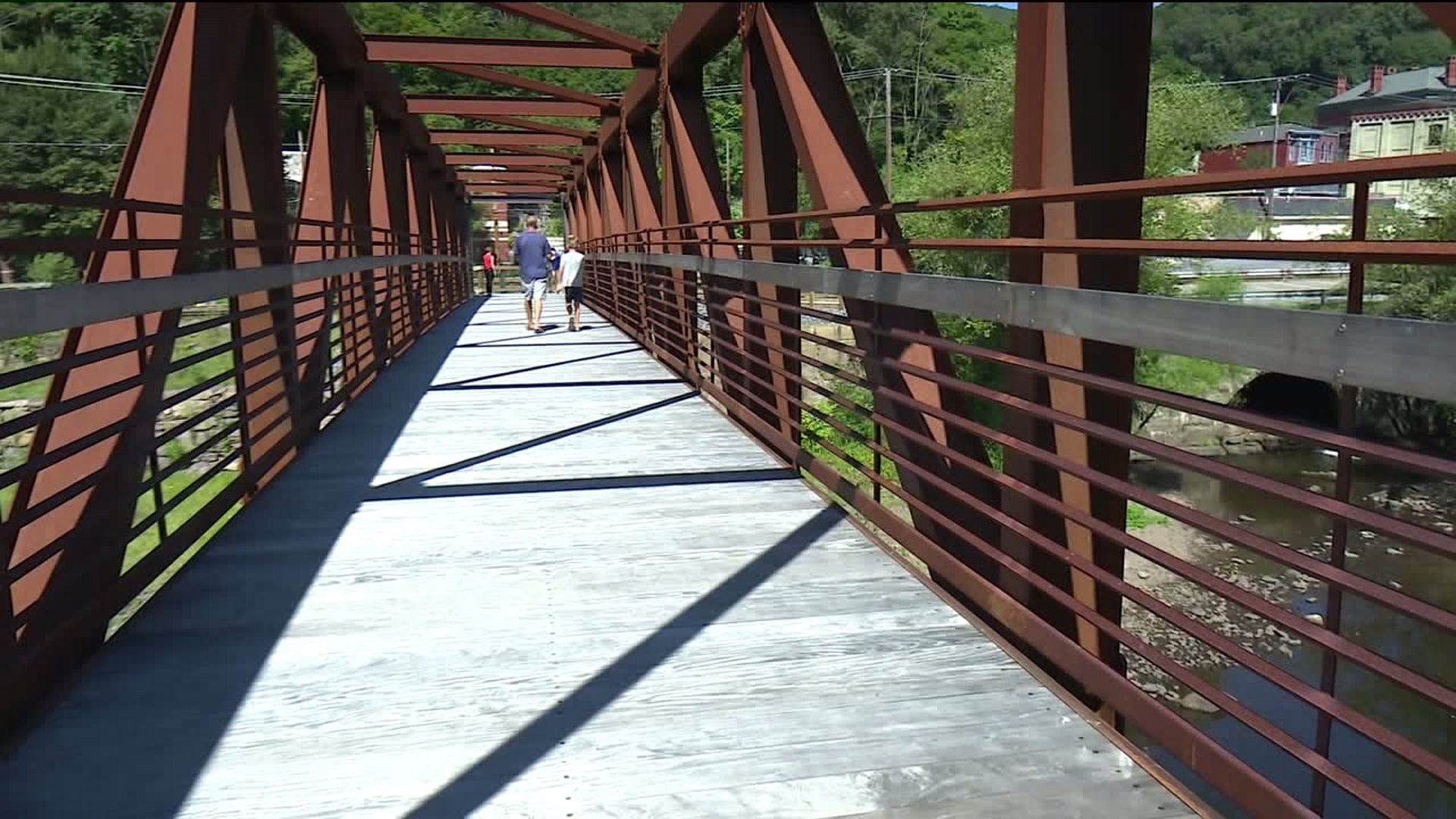 JIM THORPE, Pa. -- Whether it was by bike or by foot, hundreds of people came out to cross the Mansion House Pedestrian Bridge in Jim Thorpe.

The project is finally finished and for Mike Williams from Jim Thorpe, the wait is over.

"It's been a long wait. Two years it's been sitting here waiting to get it open, so it's good to be open," said Williams.

The nearly $4 million trail project is more than 25 years in the making.

This 250-foot bridge connects 58 miles of the D & L walking and biking trail that goes through Carbon, Luzerne, and Lehigh counties. The bridge itself was completed and dedicated last year.

"It's incredible and it's beautiful. I always wanted to be on that side of the river or at least check it out. Here is our chance," said Tony Tonelis, South Carolina.

"We are going to go biking on the trail, I think later, if not tomorrow," said Miles Tonelis, 8 years old.

The reason it took so long for the bridge to open is that construction was done in two phases. Officials tell Newswatch 16 that the retention wall took a while to build.

Lauren Golden is the Delaware and Lehigh National Heritage Corridor trail manager. She said the 500-foot retention wall that connects the bridge is ADA compliant and it elevates the trail so it doesn't flood.

Flooding was a problem that occurred during construction, also setting back opening day.

"It proved a point of why we needed to lift the trail up away from the river level. We ended up losing about a month of construction days," said Golden.

An opening celebration is scheduled for August 28 from 5 p.m. to 7 p.m.