Paying It Forward with Piggy Banks

CARBON COUNTY, Pa. — Two years after losing their daughter in a house fire, a family in Carbon County is keeping their little girl’s memory alive, a... 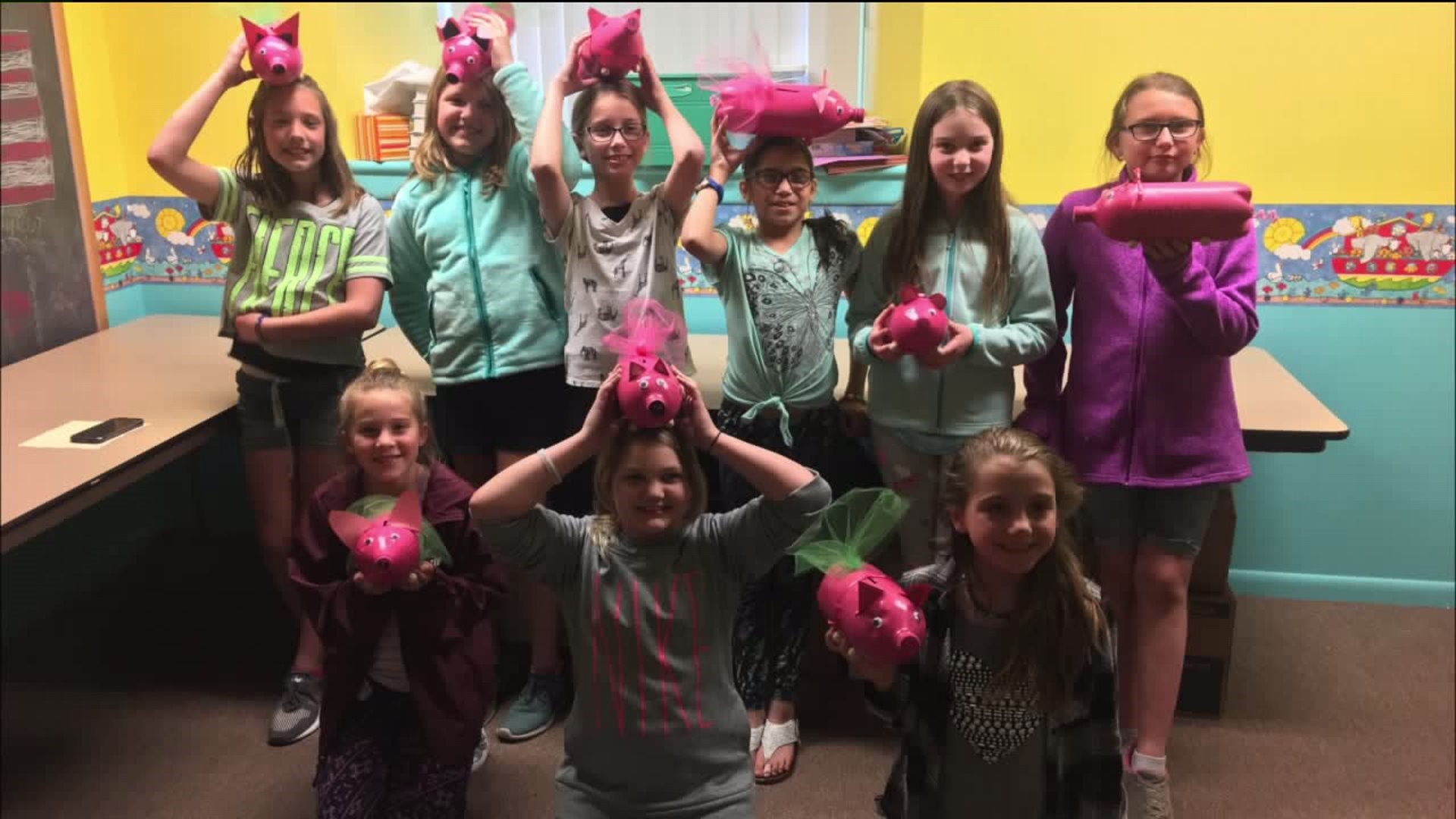 CARBON COUNTY, Pa. -- Two years after losing their daughter in a house fire, a family in Carbon County is keeping their little girl's memory alive, and they're doing so by helping other families in their community.

The Gower family received an outpouring of support from the Carbon County community when their 9-year-old daughter Vahnne died in a house fire near Lehighton. Now, they're showing their gratitude by paying it forward with piggy banks.

When a fire tore through a home in Mahoning Township two years ago, the Gower family lost everything, including their 9-year-old daughter Vahnne.

Only a few items survived the fire, including some piggy banks. At just 9 years old, Vahnne had saved up over $500 of her own money.

"I figured what better to do with her money than to have it live on," Julie Gower said.

Vahnne's mother Julie knew that her little girl would have wanted the money to go to a good place, so she joined forces with Vahnne's Girl Scout troop, who painted their own piggy banks to collect donations in Vahnne's honor.

But the donations won't be going back to the Gower family.

"The Gowers are looking to support families who experienced loss like they did, through house fire in particular," explained Amber Breiner, president of the Carbon County Community Foundation.

So Vahnne's piggy bank fund was born. The fund is set up through the Carbon County Community Foundation. Children 15 or younger who live in Carbon County and have lost either their homes or belongings in a house fire can apply to receive a piggy bank with a $50 gift card inside.

"When you lose so much, every little thing means a lot to you," Julie said.

The goal of the fund is to provide kids with the comfort and joy of replacing something they miss.

"It's a beautiful thing what the Gowers are doing. I'm just touched by their generosity and strength," said Amber.

Julie thinks the fund is something her daughter would be proud of, and she sees the piggy banks as the perfect way to keep Vahnne's memory alive.

"To take her small amount and to see that it's going to live on forever, even beyond us, is the goal. I'm just elated that we could do that for other children, and take something that was a very bad situation and try to find some light in it," Julie said.

Beyond the piggy banks, the Carbon County Community Foundation is also partnering with a real bank to continue helping families who have lost their homes. That partnership will be announced early next year.

You can apply for a piggy bank and donate to the fund online.