JIM THORPE, Pa. — The pathway around the Jim Thorpe Memorial on Route 903 was blocked off for weeks in the Carbon County community with that legendary ath... 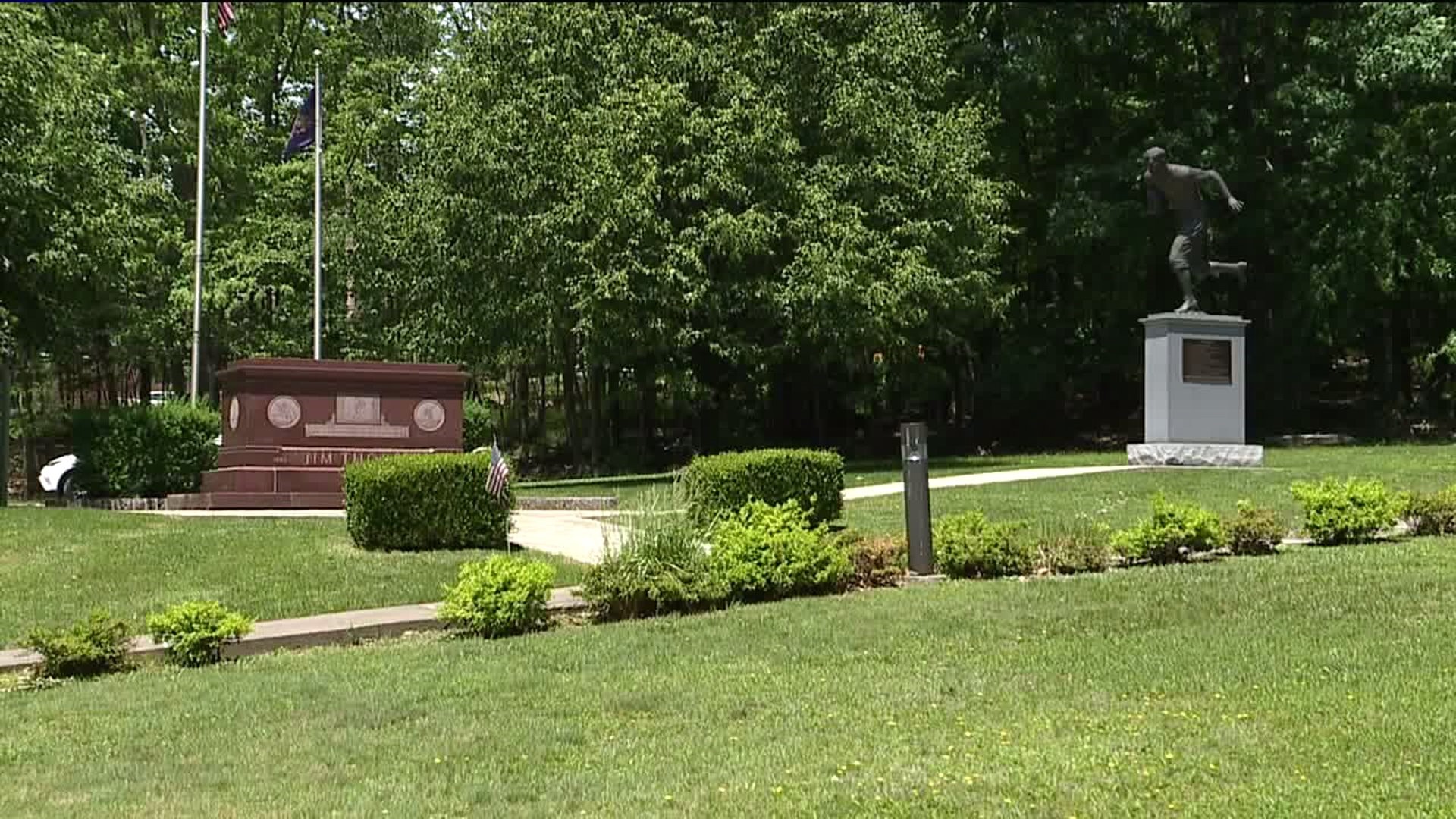 JIM THORPE, Pa. -- The pathway around the Jim Thorpe Memorial on Route 903 was blocked off for weeks in the Carbon County community with that legendary athlete's name. The path is now back open, but borough officials closed it for a short time to prevent damage to the property.

It appears that drivers were getting a little too close to the grass around the Jim Thorpe memorial and tires were damaging the property.

Now that the path is back open, some residents we spoke to say they hope people are more respectful when visiting.

Every year, thousands of people come to visit Jim Thorpe. Many of them stop by the memorial on Route 903

It's where famous athlete Jim Thorpe and the borough's namesake is buried.

"It's kind of a big part of our town," said resident Ashley Bender.

But for quite a while, "street closed" signs blocked the pathway.

Newswatch 16 learned that the reason it was blocked off was that drivers were damaging the grass around the path and borough officials didn't want to see it continue to happen.

"I think it is good that they had it closed for a while to say, 'Hey, yeah, it's not OK what is going on. Respect our property.' But I am glad it's open again," Bender said.

Borough officials hope that the closure will encourage more residents to keep an eye on this memorial.

"It's a gravesite where you put your family and you don't want it vandalized because you put things there," said Patti Ketchledge.

Ketchledge lives in Allentown now but grew up in Jim Thorpe. She hopes people are more respectful when visiting the memorial and residents keep a good eye on the place.

"I would report it right away. It's just something you should do," Ketchledge added.

Borough officials are hoping residents will keep a good eye on the memorial and report any damage they might see.