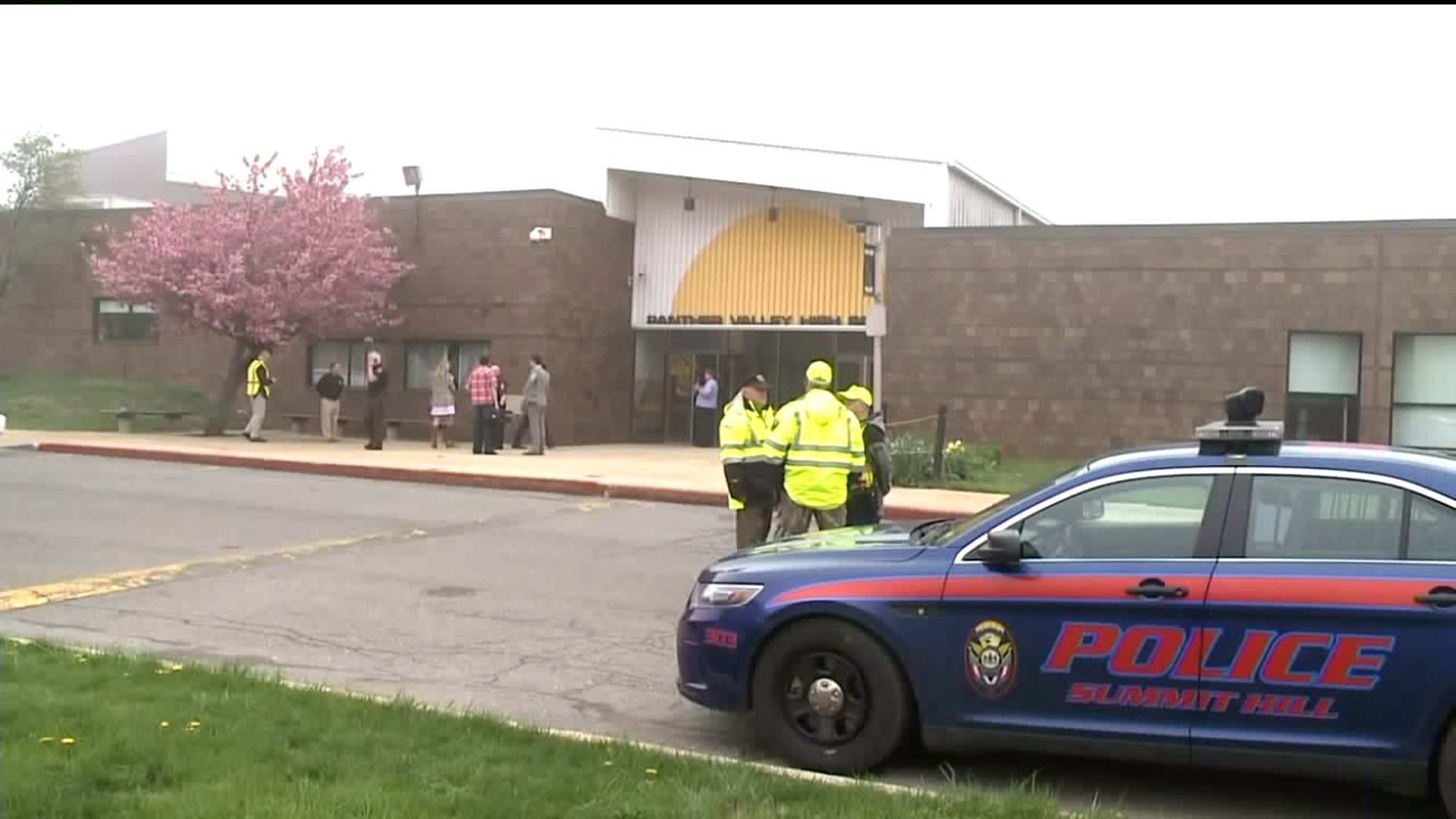 Linda Shields from Lansford has children at the school.

"I get scared thinking that something is going to happen to my kids," said Shields.

Newswatch 16 spoke to the president of the Panther Valley Board of Education over the phone. He says the school has one metal wand detector, but not enough personnel to check every student. He stressed that the district is actively working with Summit Hill Police Department as well as the Carbon County Emergency Management Association to come up with a solution to put an end to these trends.

"At first, we were kind of scared, but after a while, it gets stupid because people keep doing it, and we don't know why. We think they are just copying other people. They keep writing threats and leaving bullets and things everywhere," said Elizabeth Cruz, Panther Valley Junior-Senior High School.

Some parents we spoke to say the number of lockdowns that happened this year is frustrating, but they are happy to see that the school is taking every safety precaution necessary and are looking forward to talking to school board officials on what they can do further.

"It's very important for us to all come together and tell the school what we think they should be doing," said Shields.

"I don't know what is going on. It seems like the stuff that is out in the streets is going into the high schools now. It's guns. It's not just kids smoking pot and drinking beer now. It's scary," said Marley Geusic of Lansford.

District officials say school safety will be discussed further at a meeting scheduled for next Wednesday.