A merger of fire companies in Carbon County is almost complete, bringing back a bit of history with this change. 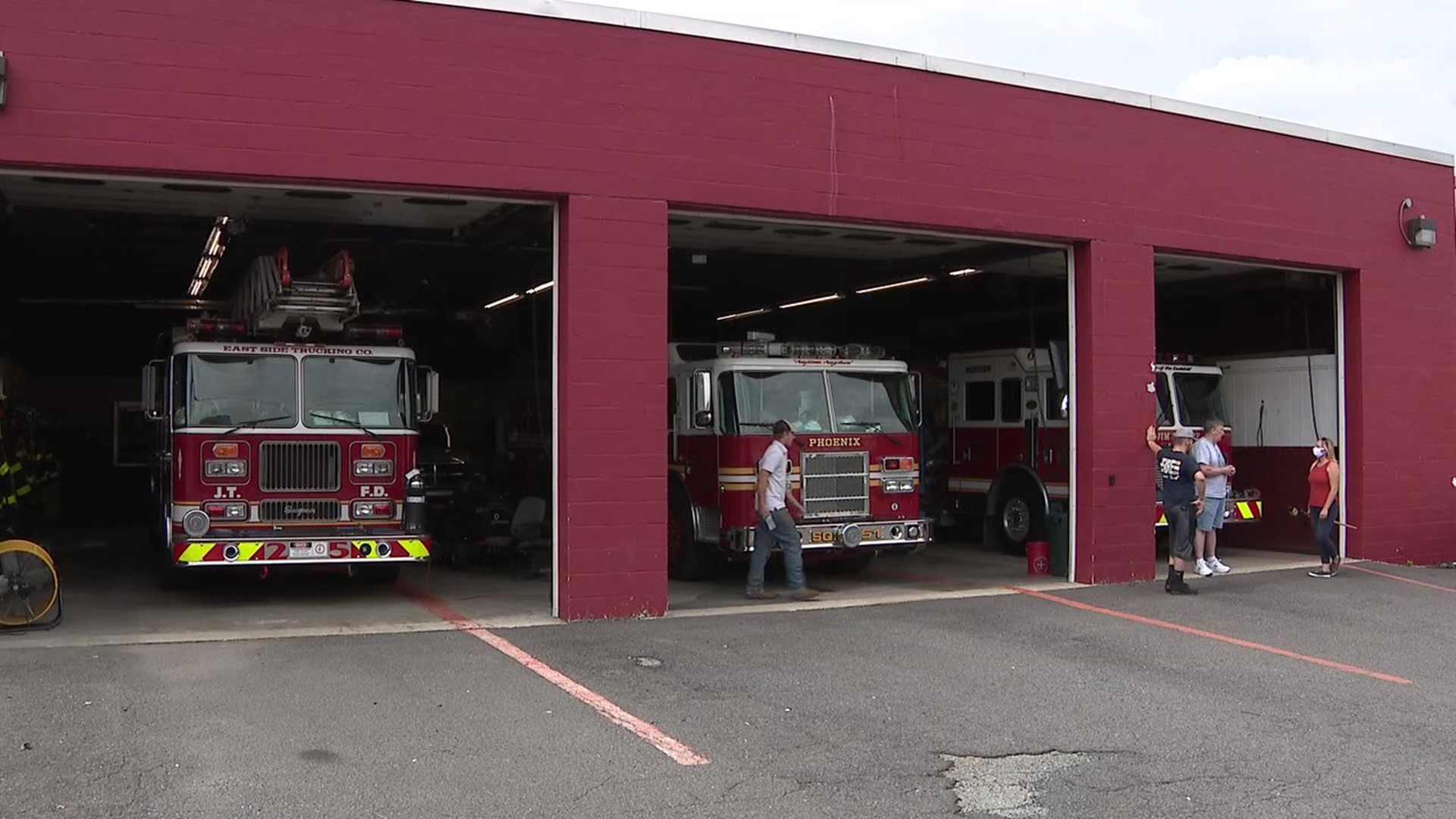 JIM THORPE, Pa. — The borough of Jim Thorpe is known for its rich history in Carbon County drawing people from all over. Since the late 1800s, several fire companies scattered the area.

"The Phoenix Hose Company was established around 1875. If you go to the height section of Jim Thorpe, where Diligent is located, they're 1875 up there. This station here, the Fairview on the building, it's marked 1910," said Jim Thorpe Deputy Fire Chief Bill Diehm.

Marion Hose Company dissolved, and Phoenix Hose was forced to move its truck to the Fairview Hose Company because of building issues.

"Trying to staff two organizations and keep them running, we decided that it would be best to combine and go with one staff moving forward," said Michael Yeastedt, Onoko Fire and Rescue.

As the buildings got older and the number of volunteers decreased, merging was the best option for the fire companies.

"Although our members can man either side of town, we have a group of people that's dedicated to this station."

The merging companies decided they'd take on a new identity, while still keeping tradition with the roots of a department that was just three blocks away from this location.

"They wanted to use something that was here before history-wise, so they used the Onoko Fire Station and instead of calling it the Onoko Hose Company, it's called Onoko Fire and Rescue."

Many volunteer fire companies struggle with membership. Onoko is fortunate to have some young members with the company to take over when it's time for others to hang up their boots.

"Need newer guys in here. Some older guys can't get to the roof to cut a hole or some other guys aren't going to be able to do half the stuff that us young guys can do," said R.J. Valusek.