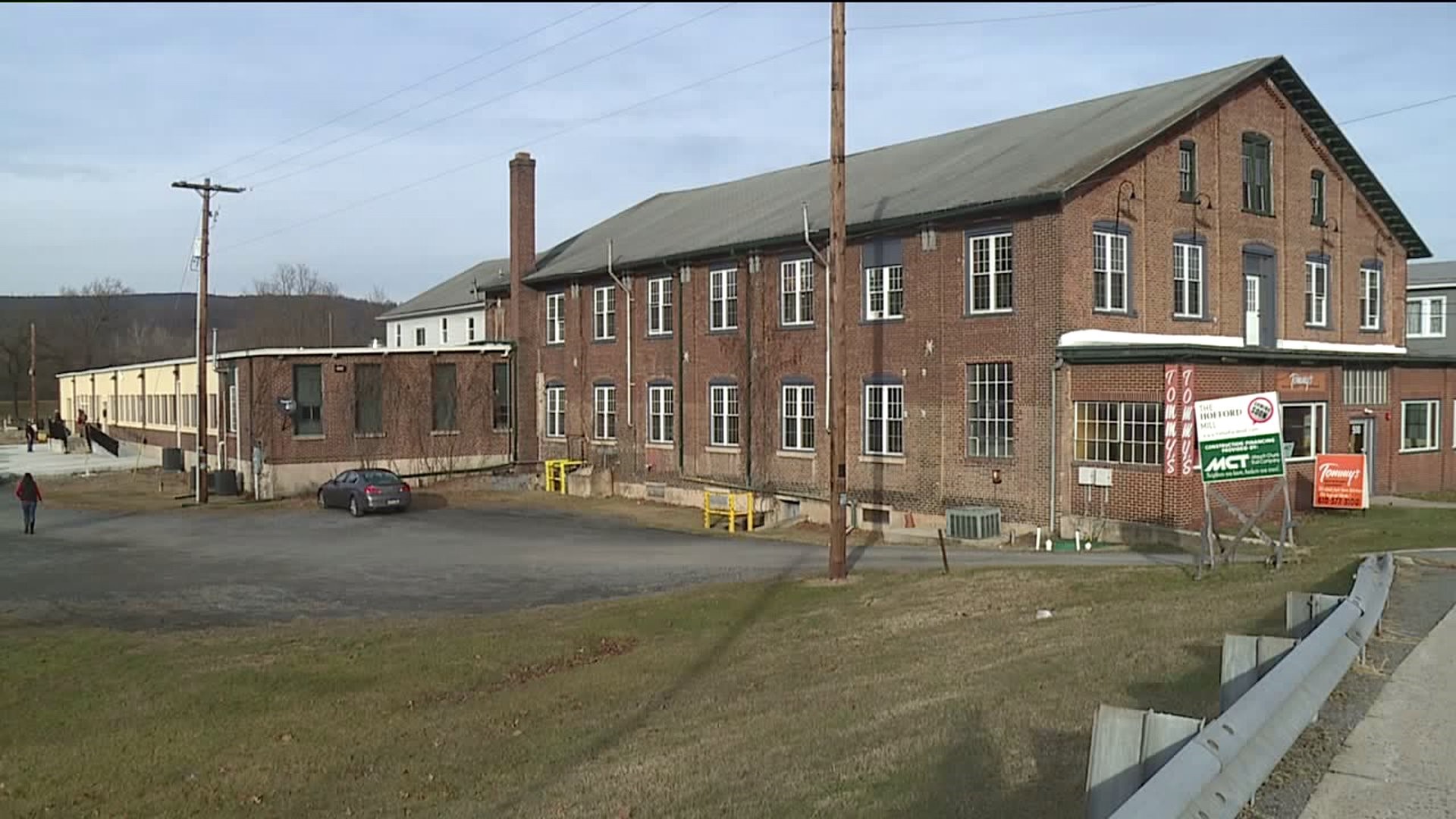 WEISSPORT, Pa. -- The grand opening of a new entertainment complex at a former mill in Carbon County welcomed hundreds on Sunday.

Axe throwing, beer, wine, coffee and snacks, and live music brought a big group of people to the former Hofford Mill in Weissport. The historic building used to be a soap and textile mill, and the former workplace of a seamstress.

"It was an old, old building sometimes we wondered if it was safe to be in it honestly!" former Hofford Mill Employee Doreen Schaffer said.

Most recently, the building was used as storage space for the owners existing business, a restaurant equipment store.

But after a bigtime makeover, it's now home to a bar-restaurant, a coffee shop, winery, event space, and a hostel and an axe-throwing company out of Philadelphia. Throw house has a number of other locations throughout northeast Pennsylvania. Owners are excited to bring the new fad to such a historic venue.

"This building has been in this area for a very, very long time. To be able to come in and meet new people, especially some of the older folks, and see the love that's in there right now, it's a beautiful thing,” owner of the Throw House, Michael Washington said.

Owners did a lot of market research in deciding which vendors would make this place a big success. Being located near the D&L trail, they decided they needed to take advantage of hikers and bikers passing through the area.

“I spoke to the people at the D&L trail and said, what do you want to see? And they say economical food, economical beverage, and affordable accommodations right off the trail, and we hit all of those points all in one building,” McEvilly said.

The Hofford Mill was operated by Sam Smith and his family for more than 80 years. He stopped by the grand opening today and had his heart warmed, seeing new life given to the old mill building.

"It’s been great. I never expected so many people. There's gotta be 100 cars in the parking lot and out on the main street there's probably another 10-15 cars,” former owner Smith said.

“We see the area developing, and we see a lot of hospitals coming in, and there's a lot of good job creation, but the quality of life is so important. To see people be like ‘oh my god I have somewhere to go after work’ or ‘I know where I can plan the next birthday party’ is really special,” McEvilly said.

The soft opening was a one-day event. Owners tell Newswatch 16 the space will officially open to the public in late January.