NESQUEHONING, Pa. — A dog dubbed “Baby Girl” looks a lot better than she did just a couple weeks ago. Not only did she gain a few pounds, but ... 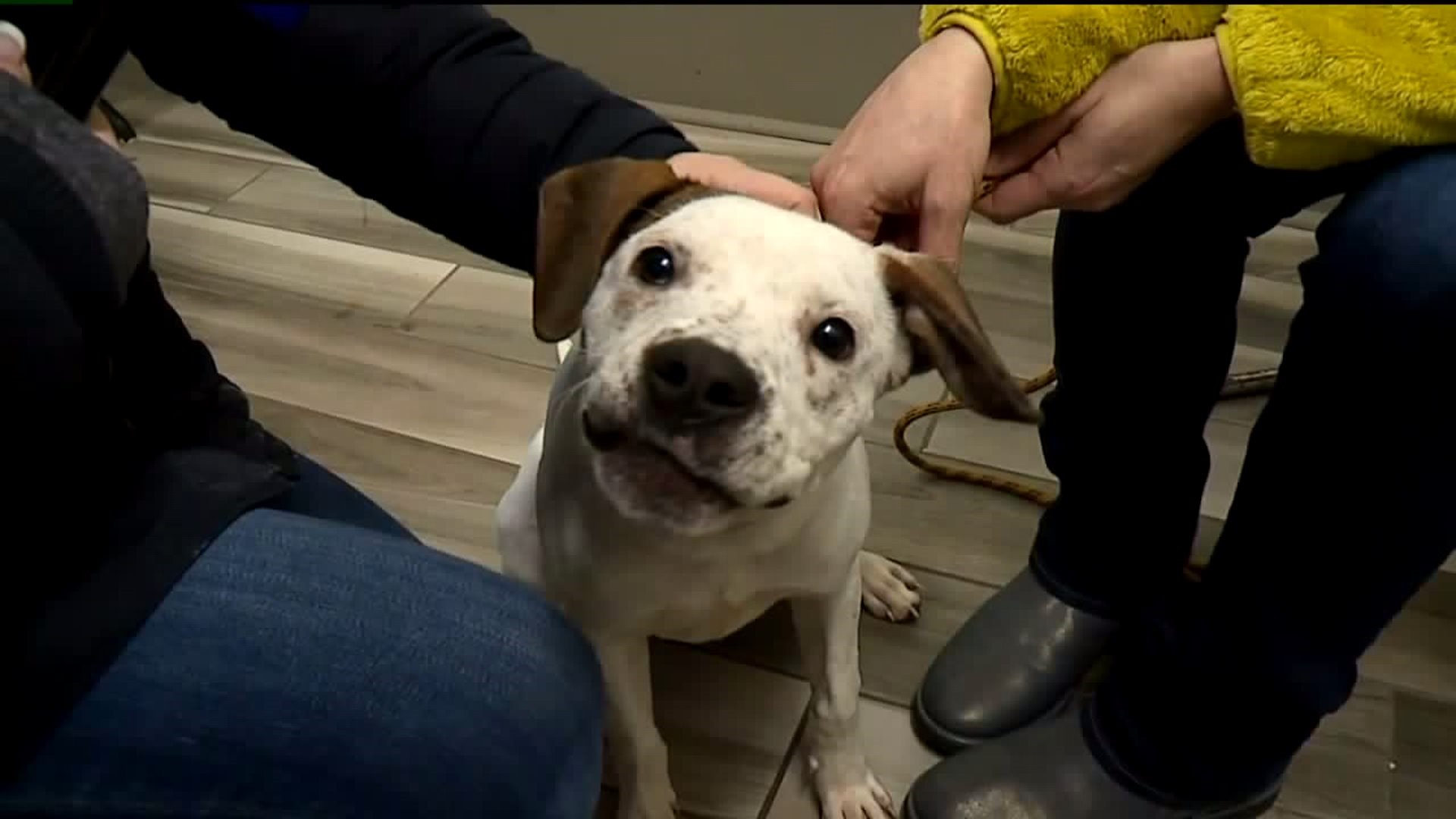 NESQUEHONING, Pa. -- A dog dubbed "Baby Girl" looks a lot better than she did just a couple weeks ago. Not only did she gain a few pounds, but she also gained a new owner: Lansford Police Officer Amie Barclay.

Officer Barclay helped rescue the pup after she was thrown from a vehicle in Lansford.

"She was dumped off on January 7 in the borough of Lansford, and that night I decided, I talked to Tom and said, 'I want her.' So here I am," said Officer Barclay.

The dog has been recovering at the Carbon County Animal Shelter in Nesquehoning.

Shelter Director Tom Connors says "Baby Girl" made a quick recovery and some new friends. He says this is the first time an animal rescue ended with an adoption from the rescuing officer.

"They should always be given the first choice because who would be a better dog owner. I am really happy with the way this story is ending," Connors said.

Officer Barclay is glad the dog fully recovered so she could bring her home and plans on keeping the dog's name "Baby Girl."

"She was fighting for her life that night when we found her, and I just thought she can come home. She's going to come to my house. That was pretty much it. She's got a personality, and I think she's a good little dog, so she is coming home with me," said Barclay.

As for whoever dumped the dog, Lansford Police Department is still actively investigating. Anyone with information is asked to contact the chief.