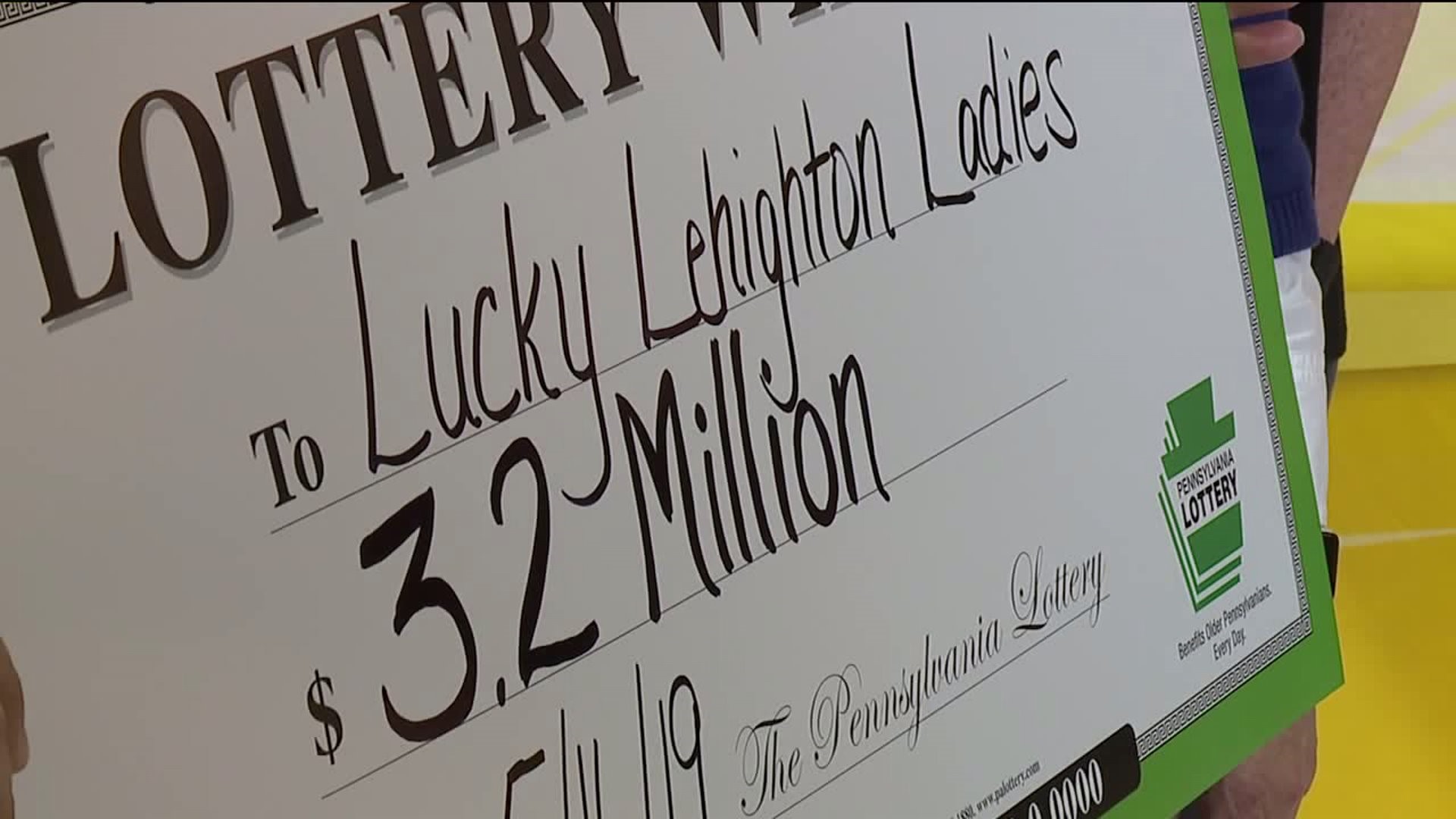 MAHONING TOWNSHIP, Pa. -- 11 employees in the Lehighton Area School District in Carbon County are thanking their lucky stars. Try 3.2 million stars; that's how much the group of friends won playing the Match 6 lottery on May 9th.

“I'm proud to present the ceremonial check to the Lucky Lehighton Ladies, congratulations ladies,” said an official with the Pennsylvania Lottery.

And with those words, it all became real.

11 employees of the Lehighton Area School District were handed their $3.2 million check they won in the Match 6 lottery.

Karla Constenbader-Kovach bought the ticket for the women at this Giant grocery store near Lehighton.

“I called Diz first actually and she said, 'how much did we win,' I said 'I don't know because if you look on the internet, it said $3.2 million,' and I didn't believe because the Match 6 is not normally that high,” said Constenbader-Kovach.

The coworkers, who include four teachers, two cafeteria workers and five paraprofessionals have declared themselves the Lucky Lehighton Ladies.

One of the winners in this group may have a little more extra luck in her genes as she's not the only member of her family to win the lottery.

For Dolores Szucs, this money is a godsend. After 32 years with the school district. she's retiring in 20 days.

“I was wondering how I was going really do this. Honest to god, I really didn't know if I had made the right choice but when Karla called on Thursday night, I was like, thank god, thank god. This came just the right time,” said Szucs.

As a bonus for selling the winning ticket, that Giant store will receive $10,000.