Looking for the owner of lost war letters

A collector of war memorabilia is hoping to reunite old war letters written by a Korean War veteran to his family in Carbon County. 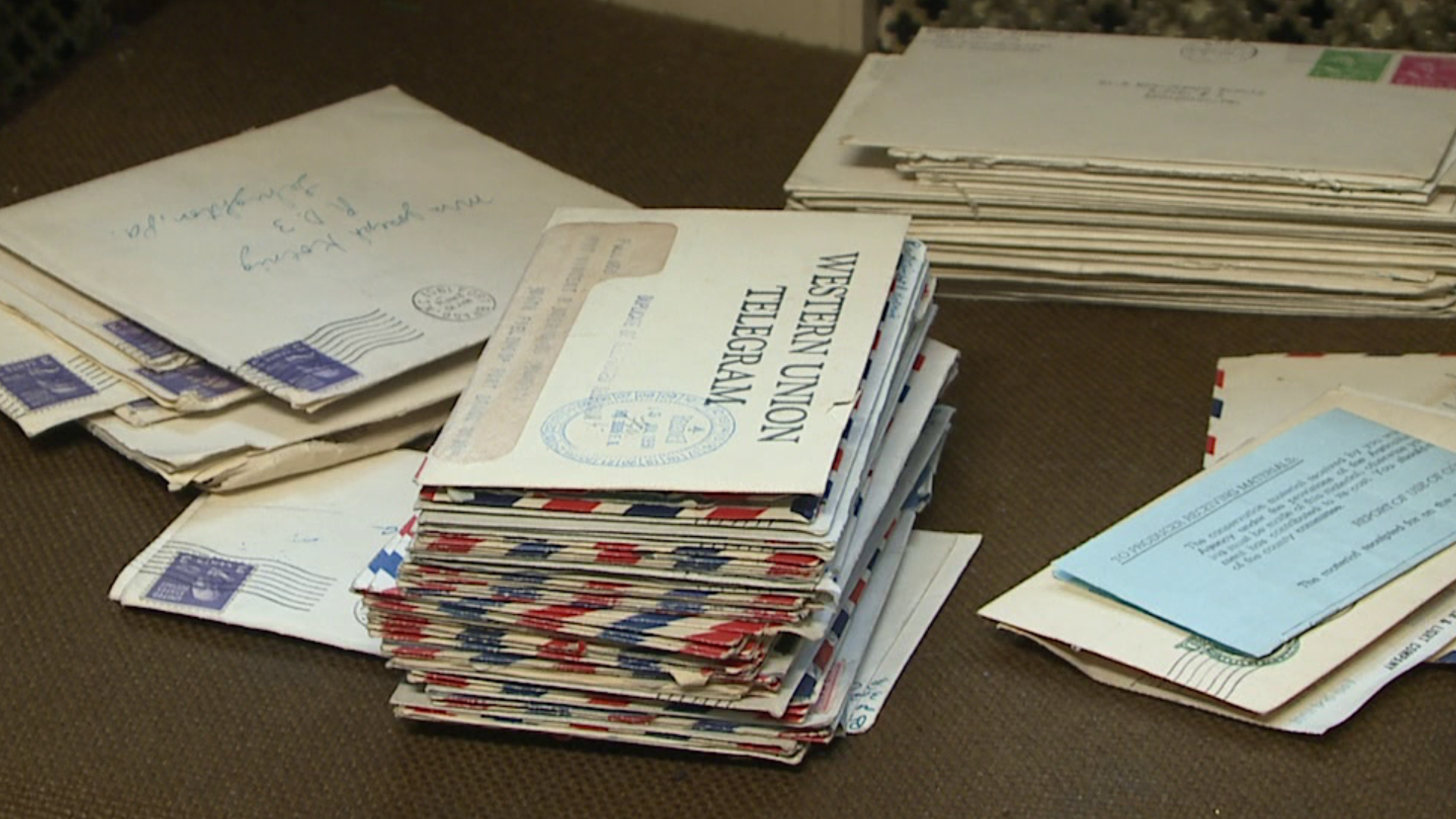 The family of Vincent Koenig reached out after this story aired at 6 p.m., Sunday. Ricky Waible from Beltzville says his grandmother was Vincent's aunt. The letters will be returned to the family in Carbon County.

Newswatch 16 will be there and will bring you updates later this week.

That is why when he came across more than 100 letters, postmarked nearly 70 years ago from a Korean War veteran, he knew he had to bid on them.

"This is history; this is something people live for. It shouldn't be thrown away. It's something that should be given back to whoever, because maybe the family doesn't know that these exist. I thought I'll buy them, and if I can get them, I'll try to find the person and give them back," said Rodney Shupe.

Shupe won the letters at an auction in Orwigsburg back in October, but he just remembered he had them and started to go through them this week.

The letters are written by Vincent R. Koenig to his parents, who lived on Route 3 in Lehighton in the 1950s.

Shupe says finding his relatives to return the letters hasn't been easy.

"Well, I went to the post office; they looked at me like I have two heads, I saw a police officer when I came out, asked him, and he didn't have a clue, went to the police station, no idea. Went to the borough, they didn't have any idea," said Shupe.

That's when he reached out to Newswatch 16 for help.

He says while he only spent three dollars on the letters, he believes that they may be priceless to the family.

"I mean, think if it was your family members, I mean to say you didn't know this," said Shupe. "I have family who's in the military. I would have loved to have seen this stuff, especially from back then. I mean, you kind of get a sense of what's going on back then."

Shupe says he doesn't plan on stopping his search to find the family, but if all else fails, he intends to donate them to a museum.