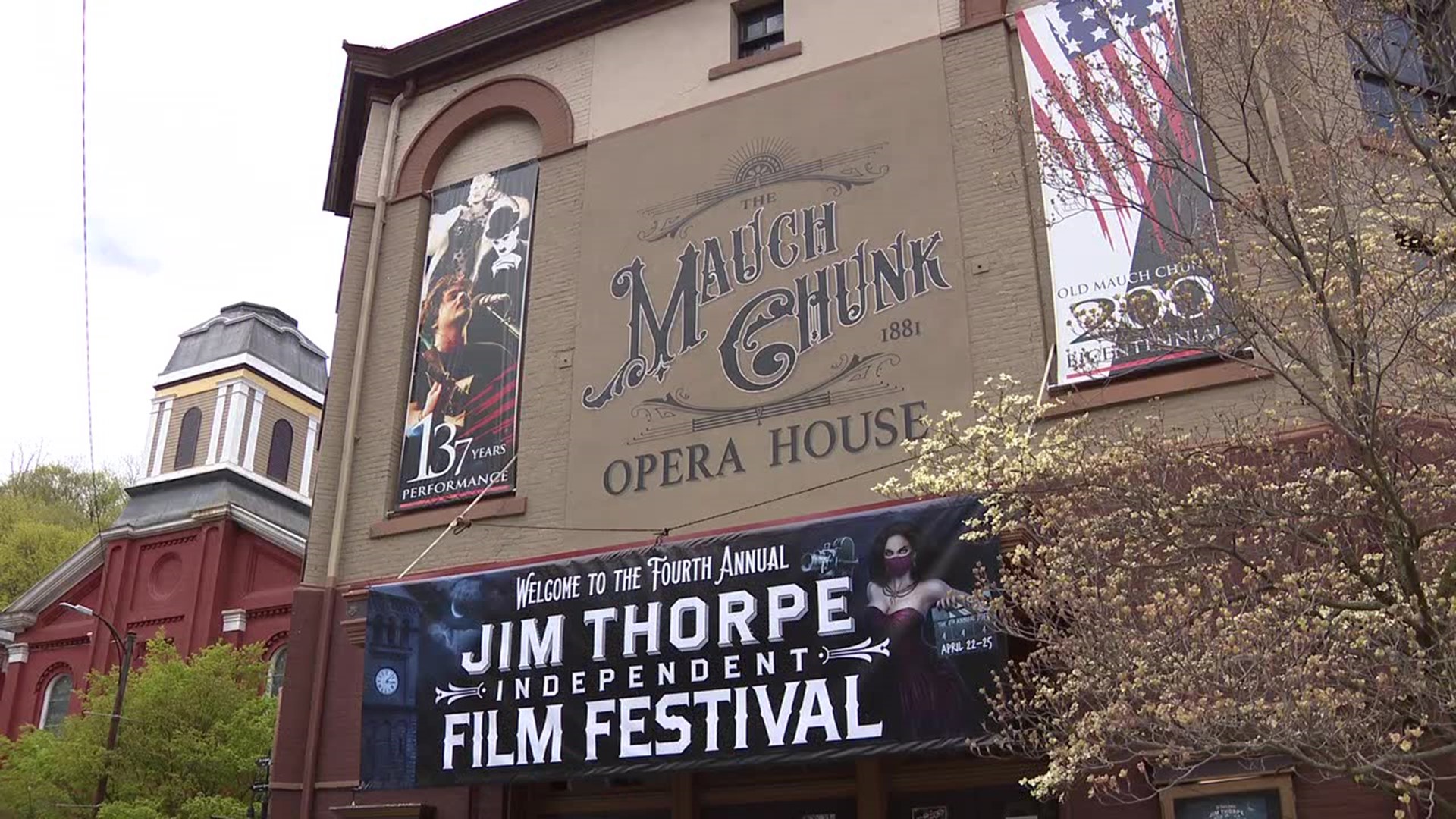 JIM THORPE, Pa. — Many of the theater seats inside the Mauch Chunk Opera House will soon be filled with movie lovers looking to see one of the many films being shown at this year's Jim Thorpe Independent Film Festival.

"It took 24 months to get to this point, and finally we're here, and it feels like people are ready to start coming out again," said Todd Morris, the festival’s founder.

Like many events, the Jim Thorpe Independent Film festival was canceled last year because of the pandemic.

Organizers say this year they have done everything possible to make sure people feel safe.

Masks must be worn, folks should social distance, and hand sanitizing stations can also be found throughout the building.

This past year has been rough on filmmakers, and festival officials hope their hard work is rewarded.

"Part of our job is to nurture these filmmakers locally and try to get them to keep pushing and keep going and improving their art, and we're proud that we can have some positive reinforcement in that regard," Morris says.

Filmmakers say they're excited once again to be able to have a live audience watching their film.

"As a filmmaker, you want that cinema experience, so I'm just so thrilled to be able, especially to northeast Pennsylvania where I was born and raised, to bring it here and show it to a local audience, to say here's this really cool story this real story that happened in Pennsylvania and a live audience, I mean there's nothing better than that," said filmmaker Alexander Monelli.

Alexander Monelli's film, "Marionette Land," is making its northeastern Pennsylvania premiere this weekend.  His film is based in Lancaster, about a gentleman who lives with his mother above his puppet theater.

"It's the kind of story you're not going to see on Disney+, you know, it's a unique film, and I think this is the place to kind of come and see it," Monelli says.

This year's festival includes screenings of 90 films from all over.

The VIP package, day passes, and individual tickets are still being sold.

To purchase tickets or to learn more, click here.