'It's sad, terrible' - Neighbors troubled by sibling stabbing in Palmerton

A man is dead in Carbon County, and his brother is behind bars, charged with his murder. 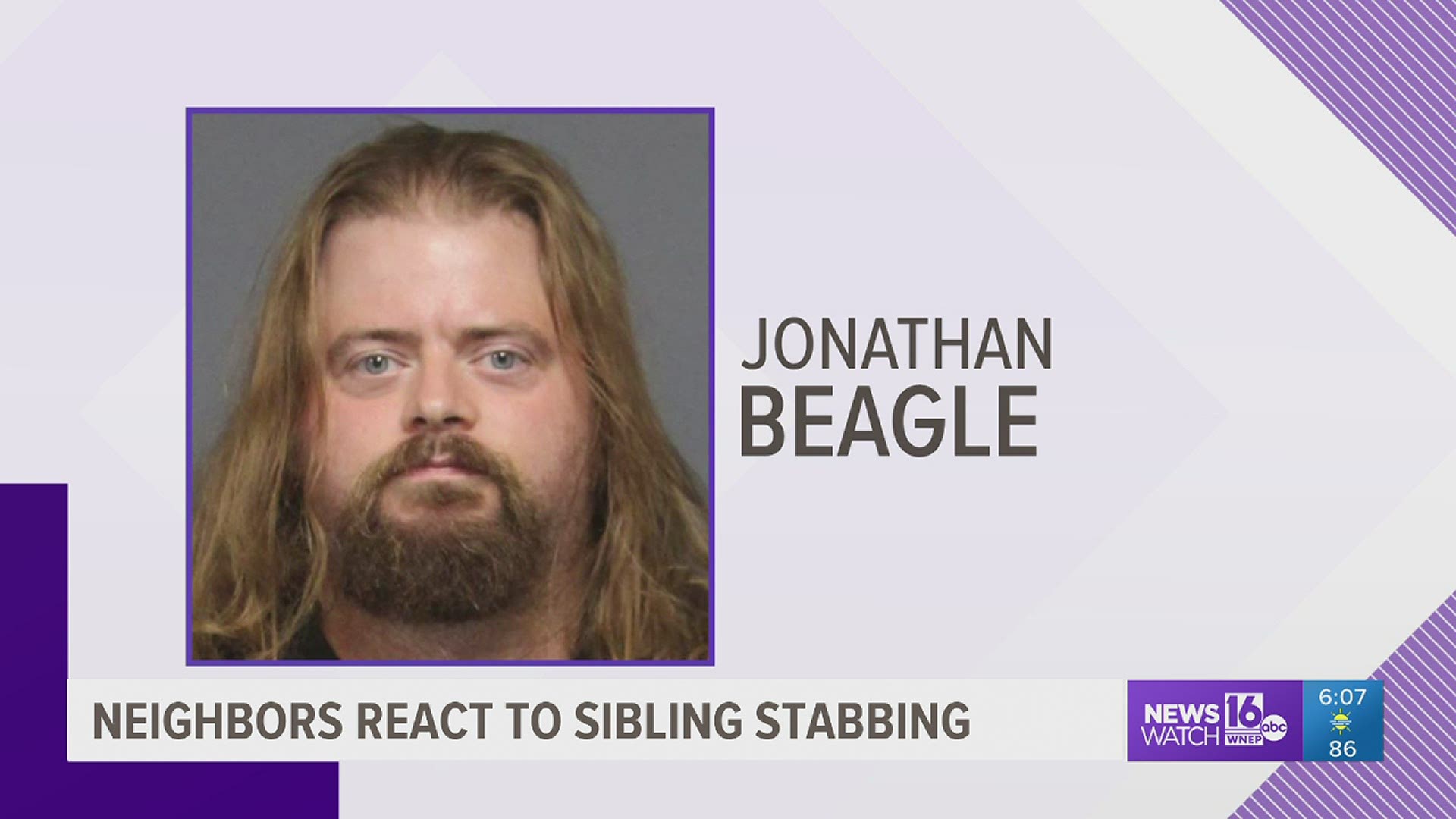 PALMERTON, Pa. — Jonathan Beagle, 38, from Palmerton, is locked up in Carbon County, charged with killing his own brother.

Police say it happened at a house on Lehigh Avenue in Palmerton on Saturday morning.

"My wife she, I was in bed, and she said, 'Hon, come out and look at all the state cops.' It was loaded. They did their criminal investigation and did everything they had to do," said Jim Brown of Palmerton.

Police were called to the house around 5:30 a.m. for a domestic incident. Jonathan had barricaded himself inside with his mother and brother, Jeffery Beagle.

When police tried to get him to come out, Jonathan said, "I am not coming out; he is hurt really bad."

Eventually, Jonathan came out with a black knife and admitted to the stabbing.

One man who lives nearby didn't want to give his name or show his face.

"I've been here for 12 years, and I know he was a little off. Unfortunately, you get to know people like that. I wouldn't have expected this, though. I always thought he was harmless. Something snapped, unfortunately."

People who live on this street tell us that this is a relatively quiet area, and for many of them, this is the first time they've walked out of their home to see police vehicles and emergency crews, too.

Neighbors, like Jim Brown, say the family kept to themselves for the most part.

"I knew the boy that died. I'd see him walk, or he's walking around town continuously because he was lonely," said Brown.

"It's sad, terrible that something like that could happen around this area," said Sharon George.

Beagle is scheduled to be back in court next month.