According to statistics from the Pennsylvania Lottery, residents in Carbon County have won more than $24 million. 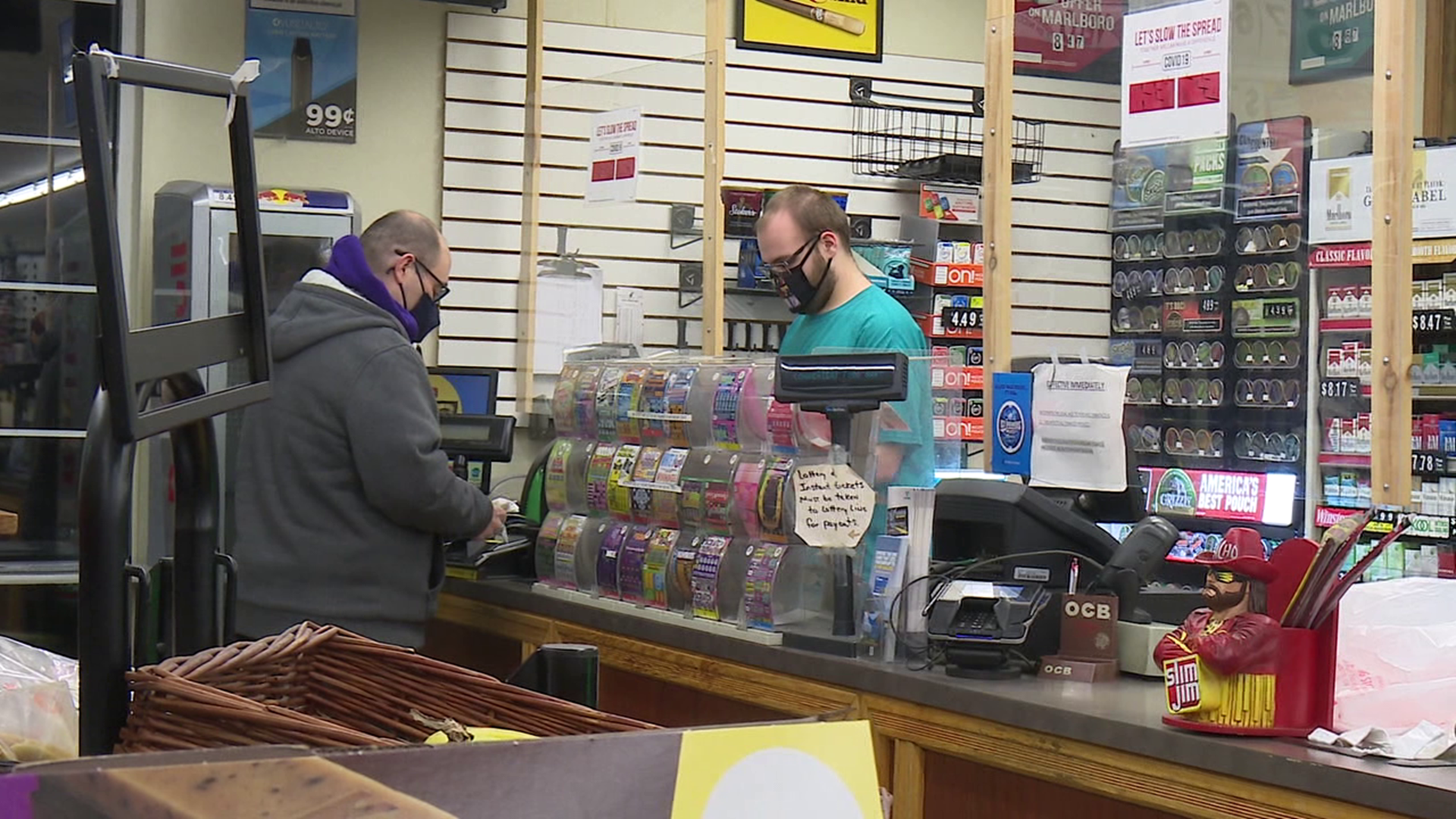 PALMERTON, Pa. — Friday night’s drawing of the Mega Millions was at $1 billion; the second-highest jackpot in Mega Millions history.

Statistics from the Pennsylvania Lottery show that Carbon County is the leader in lottery wins over any other county in Northeastern and Central Pennsylvania.

At the Convenient Food Mart in Palmerton, folks were lining up for Mega Million tickets, taking their chance with Lady Luck.

The Mega Million drawing comes with a $1 billion jackpot and an estimated cash value of more than $739 million up for grabs.

People we spoke with here say they are already thinking of what they'd buy if they won.

“You know I've actually thought about buying an island. They're not that expensive, I looked into, like maybe like $2 million, which isn't that bad,” said Victoria Alvarez of Palmerton.

People in Carbon County have good reason to be over-confident.

Using the most recent statistics from the Pennsylvania Lottery between 2018 to 2019, the more than 64,000 people who live in Carbon County won more than $24 million.

That’s roughly $377 for every resident there, the most of any county in Northeastern and Central Pennsylvania.

“Oh wow, how about that? Well, it's a good thing I moved back into Carbon County then,” said Wendy Chambliss of Palmerton as she burst out laughing.

A spokesperson with the Pennsylvania lottery said at one point during the day, more than $20,000 worth of Mega Millions tickets were being sold per minute across the state.

“Oh extremely busy, we've been busy all week,” said Convenient Food Mart employee Maria Vlossak. “I'm up here at the lottery, we're stuck up here sometimes because the lines going out the door, for like 40 minutes.”

“I have a lucky ticket, absolutely!” said Chambliss.

But luck swings both ways.

You probably don’t want to buy your ticket in State College.

According to statistics, the unluckiest county for lottery winnings in Northeastern and Central Pennsylvania is Centre County.