JIM THORPE, Pa. — Most people in our area can recount where they were when they first heard of the terrorist attacks in New York. Some people who spoke wi... 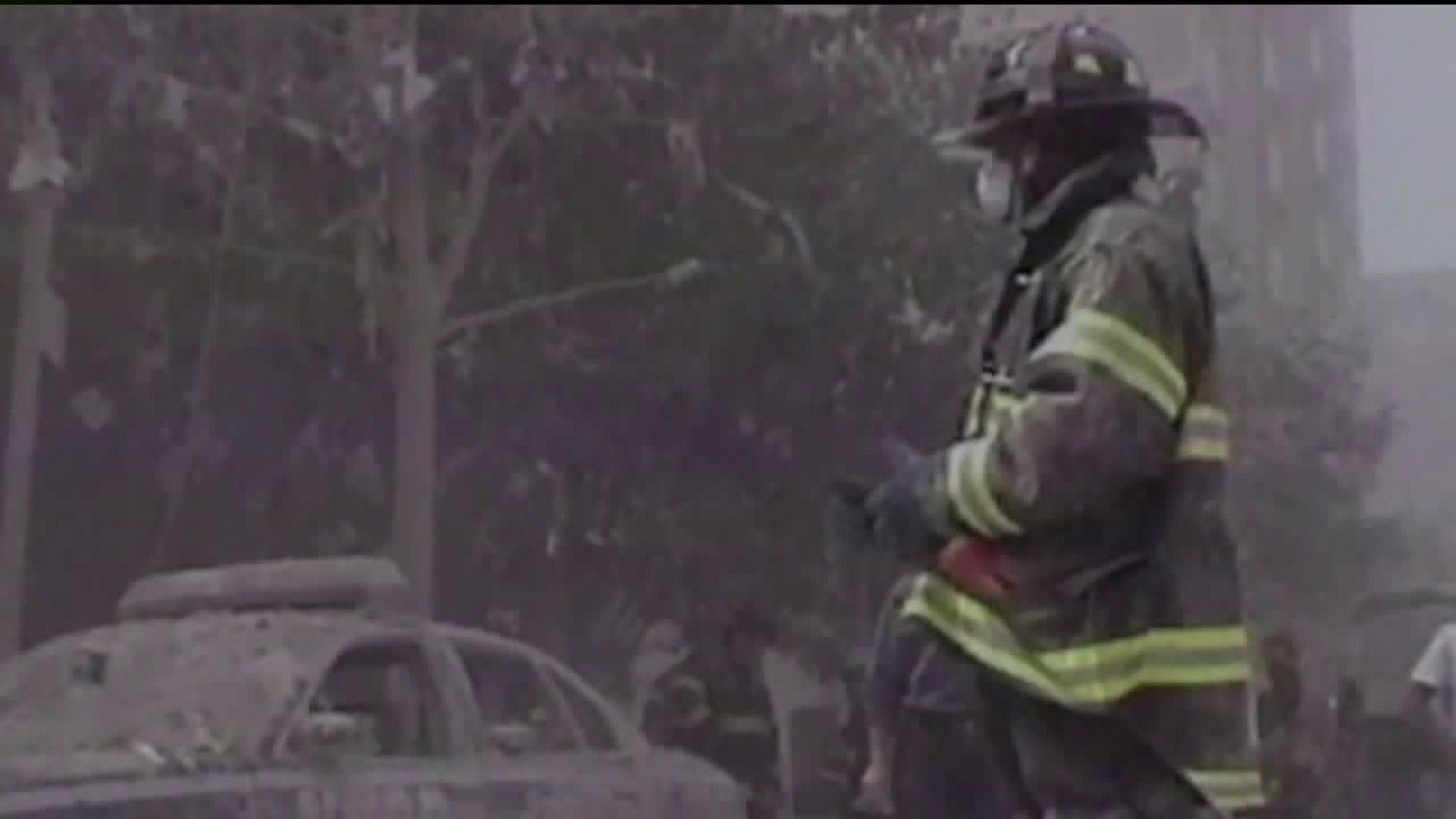 JIM THORPE, Pa. -- Most people in our area can recount where they were when they first heard of the terrorist attacks in New York. Some people who spoke with Newswatch 16 say it still feels like yesterday.

Laura Savenelli from Bethlehem was working at St. Luke's Hospital as a chaplain that day. She was in a training meeting.

"The training was ended very abruptly, and we were all sent back, basically, to our department posts to get ready. We were told the hospital was within helicopter distance and we needed to be ready to receive patients," Savenelli recalled.

New York native Frank Jamison lives in Jim Thorpe now. He feared the worst when he couldn't reach his brother on Long Island.

"Finally got in touch with him and knew he was safe. I told him if crap hits the fan, I'll meet you at the other side of the George Washington Bridge and we were planning for the worst. Fighter jets were flying over his house in New York. He was telling me everything that was going on. It was very dramatic. I'm getting emotional now. It was pretty bad," Jamison said.

Daisy McCarty and her family had just moved to the area from Texas when she was 1 and a half. She sees 9/11 differently than most.

"Looking back at that now, I realize how lucky I was to be so young to not really have that panic that everyone else had," said McCarty.

For Judy and Vic Mantler from Ontario, September 11 happens to be their wedding anniversary. They were traveling to Tennessee for their 25th celebration when they heard and worried what it would mean for them to get back to Canada.

"I said, 'Should we go home right now? I'm not quite sure what to do!' and then we did hear about the borders were closed so we couldn't even go home, so we weren't sure how long, so we decided to continue our travels," Judy Mantler recalled.

Even the blue skies were back on this day, helping ease the pain remembering such an awful day.