Illegal Dumping Victim on the Hook to Pay for Cleanup

Fueled by debris, a red hot fire burned through the night on the property of A-Plus Powerwash on South Keyser Avenue in Taylor. The state Department of Environm... 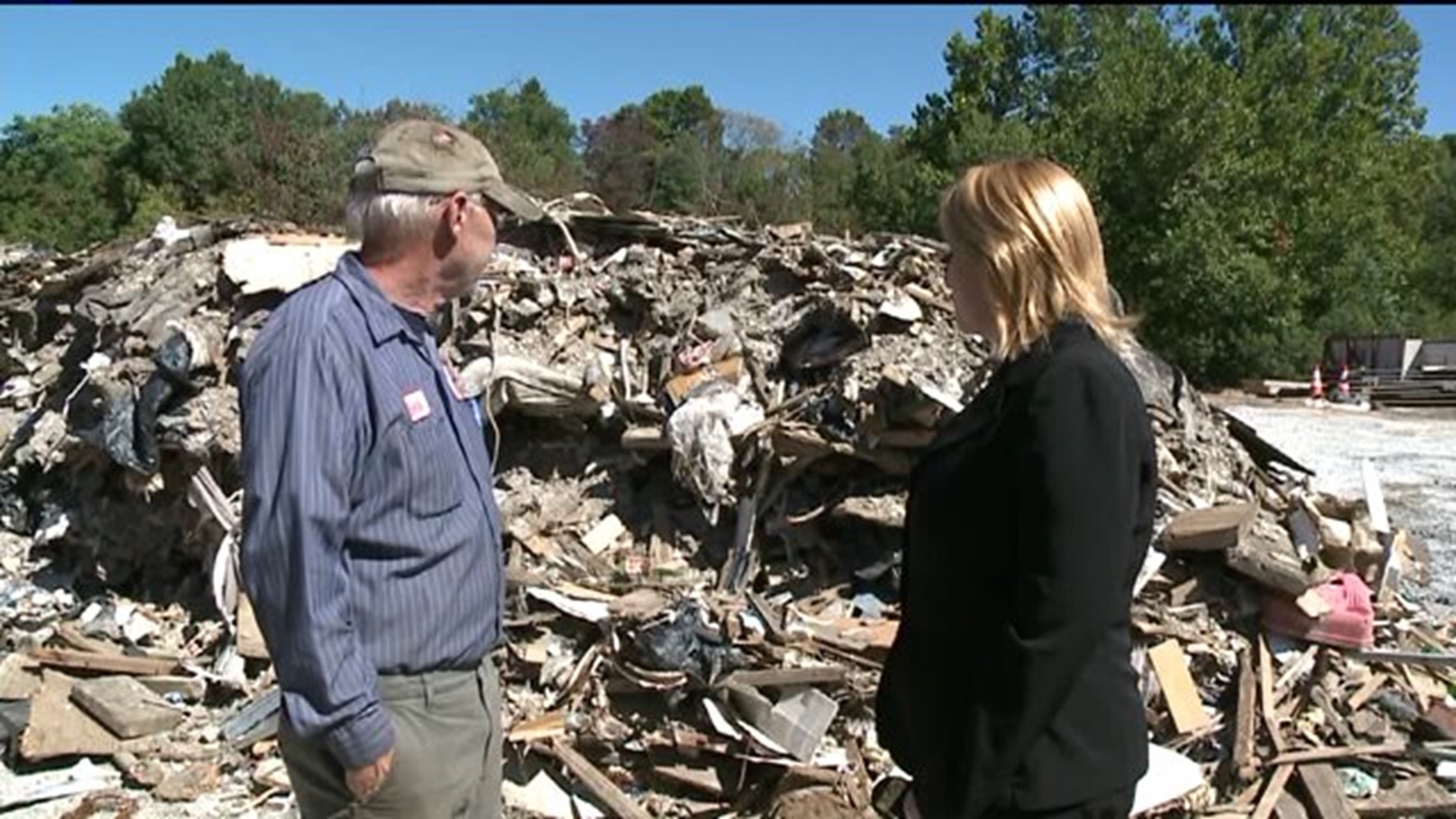 Fueled by debris, a red hot fire burned through the night on the property of A-Plus Powerwash on South Keyser Avenue in Taylor.

The state Department of Environmental Protection said this is exactly what it has been trying to prevent since August, when the agency discovered piles of junk illegally dumped in at least seven locations across three counties.

Officials believe all of the piles came from a company in the Lehigh Valley.

Investigators believe the owner A-Plus Powerwash allowed the construction debris to be dumped there without a permit, and then ignored an order to remove it.

One of the other heaps of junk can be found in Carbon County, at Bob Snyder's tire shop in Lehighton. He has been watching it for weeks and waiting.

"You throw trash out of your car, a cigarette pack, it's a $300 fine. Here we are a month later, we haven't heard anything," Snyder said.

Snyder said he looked at invoices in the pile and believes the debris originated on Long Island. Now he just wants it to go away.

"It makes me sick that they would do that. This is a big load of garbage. You just pull over, put your truck up, and dump garbage?" Snyder said.

The pile contains trash ranging from a Jackie Collins novel to a slide from a swimming pool. But Snyder said the dirtiest part of the deal is that he is supposed to pay to clean it up.

Snyder's been told the job will cost him about $4,000. It's a lot of money to shell out for someone else's trash.

Police in Carbon and Schuylkill Counties have been investigating the illegal dumping in and around the Lehighton area, but so far no charges have been filed.

As for the junk that was dumped in Taylor, the DEP said it will continue pressuring the property owner to clean it up and could eventually fine him.