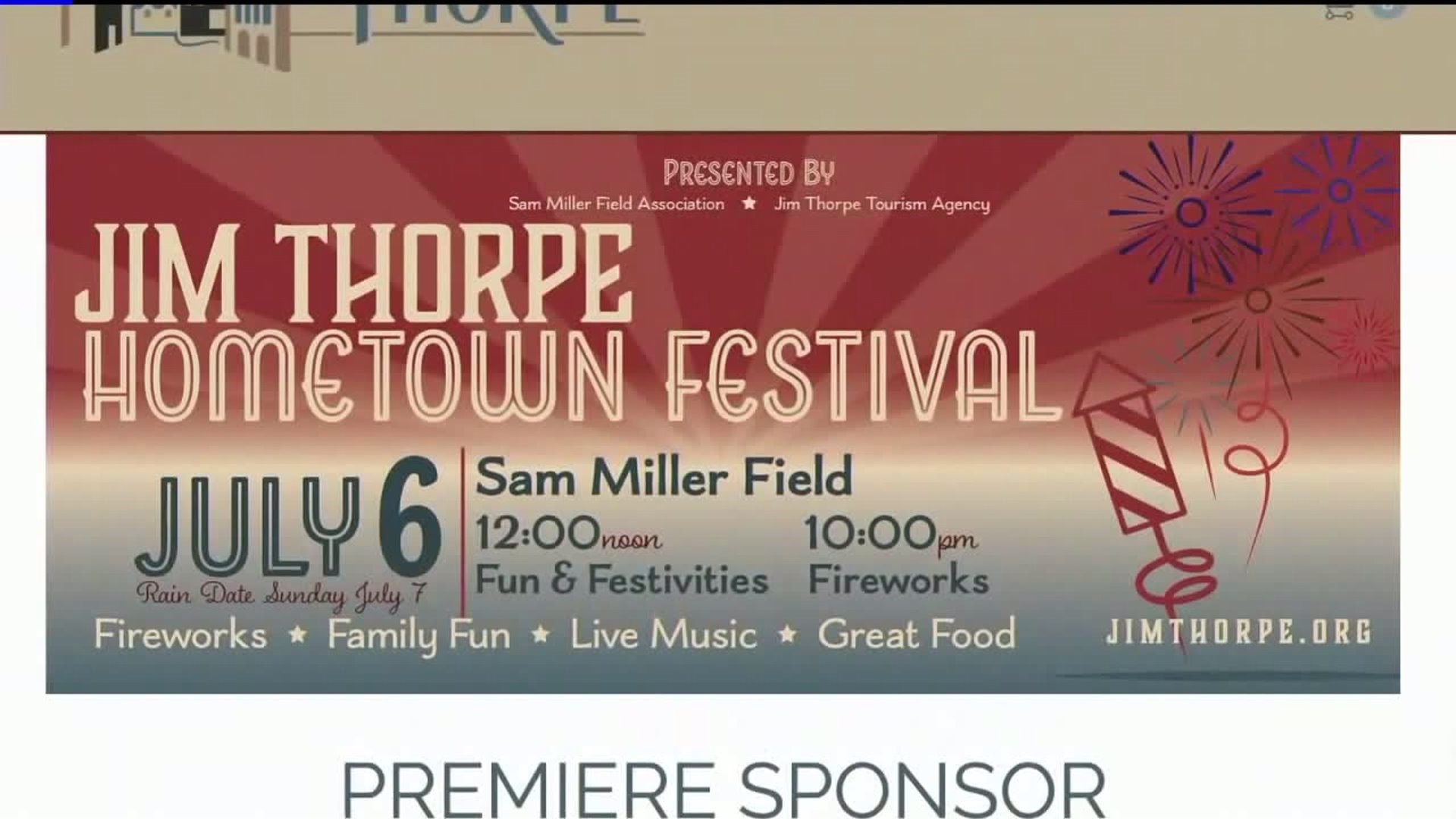 JIM THORPE, Pa. -- There's a new festival coming to Jim Thorpe. It's called the "Hometown Festival" and it's scheduled for this weekend at Sam Miller Field in the borough.

The event will be jam-packed with music, food and of course, fireworks!

"I think it's great. It's good for the community. It's not at this park this year. It's over up on the hill. People are keeping tradition alive," said Matthew Yaich, Jim Thorpe.

An annual tradition, centered around the Fourth of July, was canceled back in January. Members of the American Legion announced they would no longer hold the "Stay-at-Home Festival." Low volunteer numbers and funding played a big role and fireworks became too expensive.

Soon after the announcement, other organizations stepped in to make a new tradition.

"Several folks here in the borough though, you know you can't not have fireworks and that was our phrase moving forward. Sam Miller Field came to the JTTA and said we might have a location and we would be happy to sponsor it, can you help? And we were off and running," said Michael Rivkin, Jim Thorpe Tourism Agency.

Memorial Park is where the "Stay-at-Home Festival" used to be held. Some people that we spoke to say they are sad that it won't be at this park, this year, but they are happy something will go on.

"It's fun. It's going to be cool to see how the people do it and how many people are interested in it," said Justin Lombardo, Jim Thorpe.

Lombardo says he wasn't sure where he would get to see fireworks this year. He's happy the show is back on.

"Fourth of July is all about fireworks. People started that back, I don't know how long ago, but pretty long ago. It's been a tradition," said Lombardo.

The Jim Thorpe "Hometown Festival" will take place Saturday and Sunday. Fireworks will be held at 10 p.m. on Saturday.