Grilling and Relaxing at State Parks on Memorial Day

KIDDER TOWNSHIP, Pa. — For many people, Memorial Day wouldn’t be complete without a barbecue. “Having a barbecue, invited some other family me... 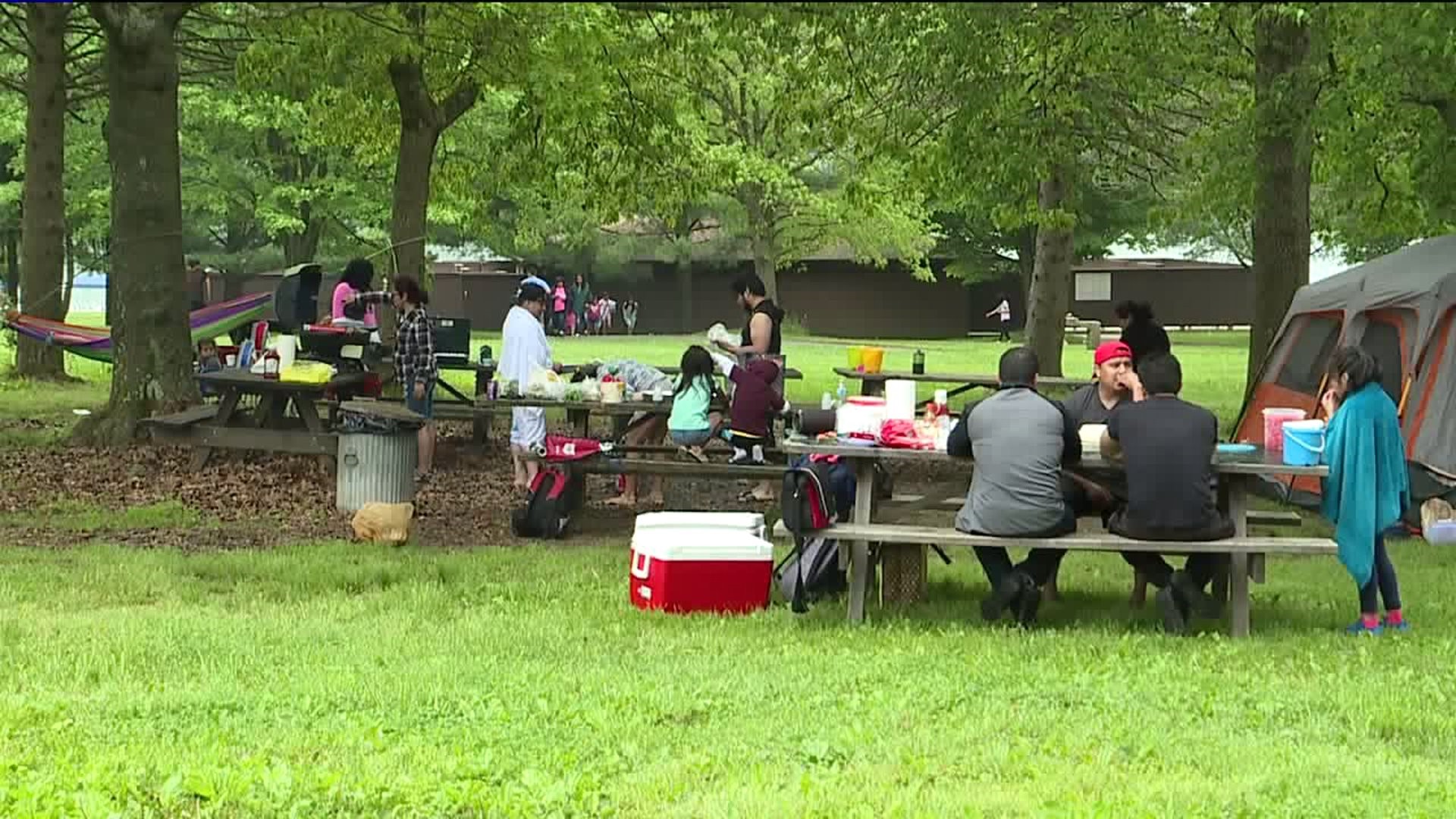 KIDDER TOWNSHIP, Pa. -- For many people, Memorial Day wouldn't be complete without a barbecue.

"Having a barbecue, invited some other family members over so, cooked some things early this morning and got on the road," said Monique Reyes, Wilkes-Barre.

Or a dip in the lake at Beltzville State Park near Lehighton.

"Actually, the water is warmer than I thought it was going to be. So I actually went all the way out and it wasn't that bad," said Laurel Parsons of Bethlehem.

The cloudy weather did not get in the way for the people who came to Carbon County to enjoy the holiday.

"This is fairly normal for Memorial Day. It's never too warm or too sunny. It's not nearly as busy as the other holidays," said Matthew Natale, a Beltzville boat rental employee.

"We're just hanging out with family, playing some games. Getting away from the city for the Memorial Day," said Reyes.

Plus those at Beltzville state park.

"We decided to come here and hang out because we've never been here before and we were looking for someplace to go and we found it online. We thought it would be a great place to check out," said Parsons.

The weather did put a slight damper on some of the fun. The employees at the Beltzville boat rental say sales have been slow.

"With the forecast, it was saying storms until the morning of and a lot of people come in from a couple hours away," said Natale.

Even though the people Newswatch 16 spoke to were spending their Memorial Day relaxing, the true meaning of the holiday was still on their minds.

"We like to think about our men and women in the service and what they've done for us," said Parsons.