LEHIGH GORGE STATE PARK, Pa. — Earlier this month, a hiking trail in our area was closed due to safety reasons. Governor Tom Wolf was in the Jim Thorpe ar... 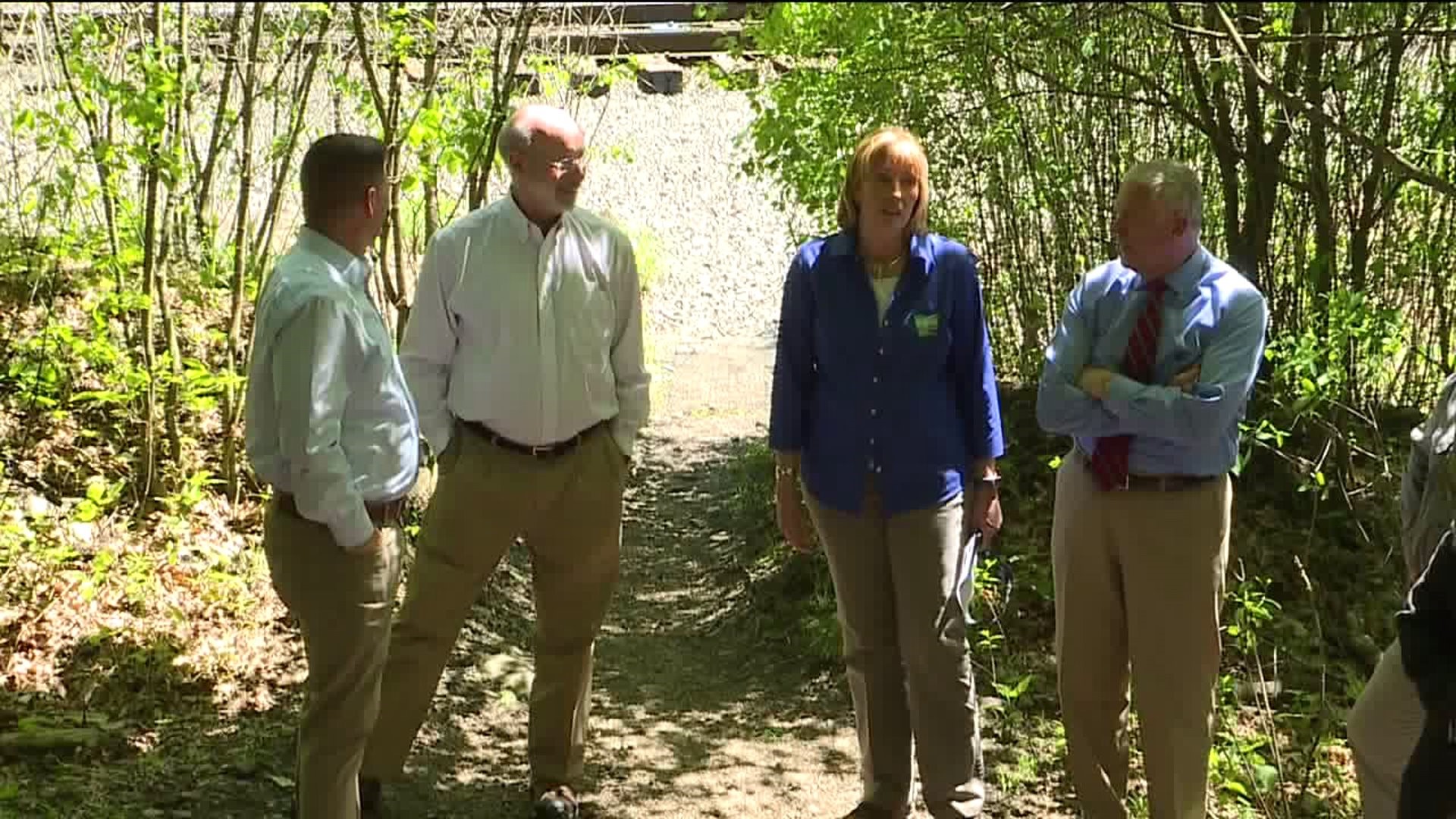 LEHIGH GORGE STATE PARK, Pa. -- Earlier this month, a hiking trail in our area was closed due to safety reasons.

Governor Tom Wolf was in the Jim Thorpe area Tuesday to talk about how the trail could reopen in the future.

The Glen Onoko Falls Trail was shut down by the Pennsylvania Game Commission on May 1. Its closure has been a hotly debated and talked-about subject.

An online petition to reopen it has more than 20,000 signatures, and there's a chance it could reopen at some point.

The trail was considered by many hiking enthusiasts to be one of the most beautiful hiking trails in all of Pennsylvania. Its series of majestic waterfalls offered hikers serene views and a quick getaway from reality.

But on May 1, the Pennsylvania Game Commission closed the popular trail near Jim Thorpe due to safety concerns, noting that 15 hikers have died there over the years.

"That river, this trail, that brings lots of people to this area and not just from the Northeast, but all over the United States. This is a real gem and we need to invest in it," Governor Wolf said.

Trekking the Glen Onoko Falls trail with @SenJohnYudichak, @DCNRnews, and @PAGameComm where a portion has recently been closed due to unsafe conditions.

Restore Pennsylvania funding could help reopen this popular trail and revitalize others like it across PA. pic.twitter.com/4ph7EgG1fh

Governor Wolf and members of his administration visited Lehigh Gorge State Park in Carbon County to examine the trail and discuss the possibility of reopening it. The governor and his team say doing so requires funding through the proposed Restore Pennsylvania project.

#CarbonCounty’s number one industry is tourism, which the Glen Onoko Falls Trail is a huge part of. We need this trail open and @GovernorTomWolf’s #RestorePA plan is the only way we can make that happen... pic.twitter.com/UUHk3Kxcdp

"We're here today to tell you the only way we're going to reopen this asset is with the help and support of DCNR and the Pennsylvania Game Commission and the $4.5 billion that we can raise through Restore Pennsylvania," said State Senator John Yudichak, (D) 14th District.

Restore Pennsylvania would be funded through a severance tax imposed on the natural gas industry. Governor Wolf has tried to pass that tax four straight years and failed, but this go around, he's promoting specific projects, including putting money back into the Glen Onoko Falls Trail, that the severance tax would pay for.

"If we get Restore Pennsylvania, we will be able to do this and I will make sure, Secretary, Senator and I, will make sure that this happens," said the governor.

There's also a chance the Game Commission could hand over the trail to the state's Department of Conservation and Natural Resources (DCNR). An official there tells us it would use money from any severance tax to make the trail safer and build entry points to give emergency responders easier access to the trail.