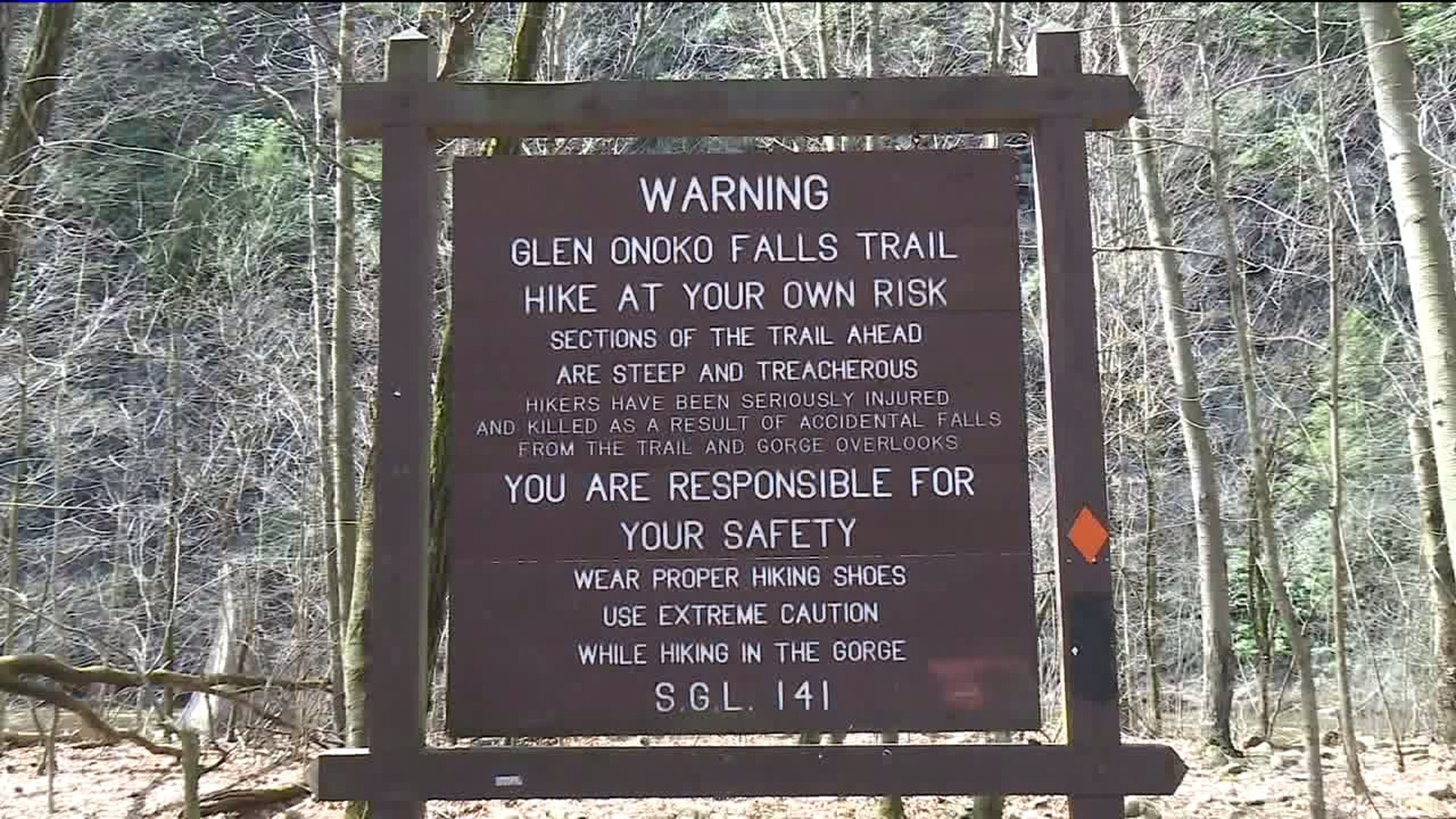 LEHIGH GORGE STATE PARK, Pa.-- Signs throughout the Lehigh Gorge State Park clearly say the Glen Onoko Falls Trail can be dangerous but people Newswatch 16 spoke with say it would be a shame to lose a popular trail to hike.

"It's only dangerous to people who come alone or are not prepared," said Zachary Zortman of York.

Lehigh Gorge State Park near Jim Thorpe was filled with people enjoying the warm weather but hikers may have to look elsewhere soon.

The Pennsylvania Game Commission is considering closing the Glen Onoko Falls Trail due to what a spokesman says are "dangerous conditions."

"It can be dangerous if you don't come prepared. If you don't go with people and if you're not overly intoxicated or your not under any drugs or anything like that you should be fine," said Zortman.

Just last summer, two people drowned near the waterfall. In 2016, a hiker fell to his death, and another was seriously injured. Despite the warnings posted along the trail, hikers keep returning.

"It's not for the beginners. It's - there's certain areas that are pretty easy to walk on, but it quickly, quickly gets pretty rough and lot of scrambling over rocks and some steep ascents. So challenging," said Daniel Master.

Hiker Colleen McGettian came all the way from New Jersey to hike the falls trail again and she brought her friends with her. McGettian tells Newswatch 16 this is her favorite hiking spot.

"It's beautiful. The falls are absolutely gorgeous. I would be so upset if they closed it," McGettian said.

Hikers we spoke with said the Glen Onoko Trail can be treacherous at times, but that's no reason to close it for good.

"If you have the experience and I think they do a good job warning that it's a difficult trail on all the maps, so you just have to use your brain and know what your limitations are," said Master.

"It's just another place I think that, unfortunately, because some people don't come prepared closes down when it's enjoyable for a lot of other people," said Zortman.

Between deaths and injuries as well as a risk to first responders, the Game Commission is still deciding the future of the Glen Onoko Falls Trail.

No word when that final decision might be made.