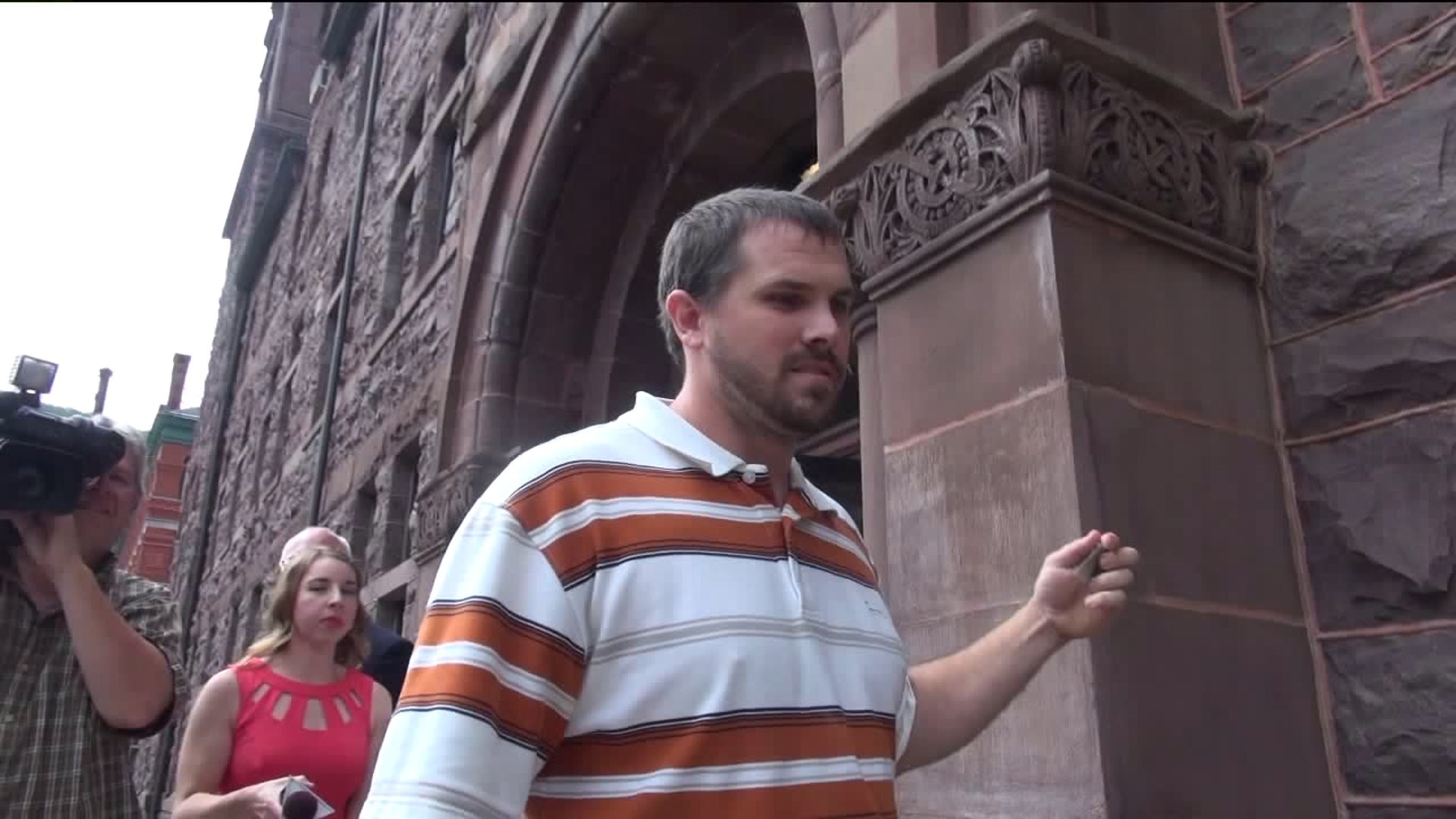 The attorney for Brent Getz says too many people in Carbon County know about the charges against the former Weissport police chief to be impartial jurors at his upcoming trial.

Brent Getz said nothing as he left the Carbon County Courthouse in Jim Thorpe.

Attorney Brian Collins claims that back in the spring, coverage of the charges against Getz saturated the airwaves, newsstands, and computer screens throughout the county.

At the pretrial hearing, we heard from Getz's accuser who is now 19 years old. The young woman testified that she was sexually assaulted by Getz about twice a month beginning when she was 6 years old and ending when she was 9.

She said it happened when Getz would visit his friend Gregory Wagner, Getz's co-defendant.

The young woman claims Wagner sexually assaulted her when she was 4 and continued until she was 12.

Getz's lawyer is trying to get him tried separately from Wagner. He told the judge that Wagner made a lengthy confession to police while Getz has maintained his innocence. He is currently free on bail.

Getz was fired from his job as Weissport police chief just days after his arrest.

Wagner remains locked up at the Carbon County jail.

The judge in the case is expected to decide by the end of October if the two should be tried together and if the case should be moved out of Carbon County.