The organization that now owns the property plans to turn it into a community center. 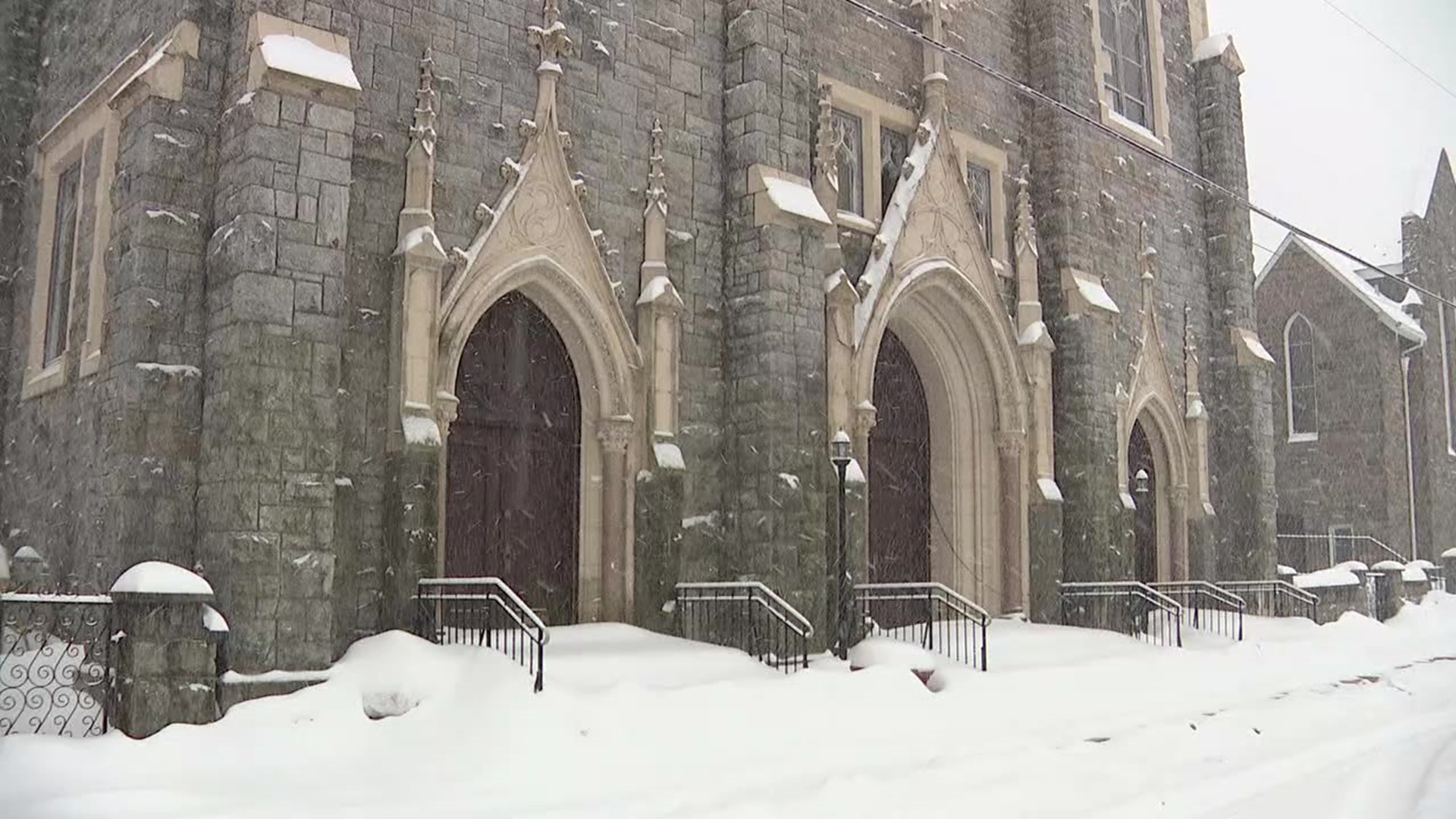 LANSFORD, Pa. — The scaffolding that once blocked the front of the former St. Katharine Drexel Catholic Church in Lansford is gone.

The former church, as well as Our Lady of Angels Academy school buildings, have been sold to an organization called Carbon County Catholic Worker.

Both buildings are now owned by Ericka Williams-Rodriguez.

"It was a Roman Catholic church that was built by the miners of Carbon County. We are hoping to use it to serve the community with," said Ericka Williams-Rodriguez, Carbon County Catholic Worker.

Williams-Rodriguez plans to use the school as a community center and learning hub with science and computer labs, a food pantry, and what she calls a "free store" filled with furniture and other items that were left behind.

As for the church, Williams-Rodriguez says she will ask for community input before deciding what will go inside.

"There is an epidemic of blight in this area of hopelessness. Where I come from in New York, I was blessed to have a YMCA and a Police Athletic League where I could go after school, where many children went after school. It saved a lot of kids from addiction and hanging out in the streets, so we hope to have a community center much like these centers that I grew up with. We can have an art room, a library, an afterschool program," said Williams-Rodriguez.

People who live in this neighborhood tell Newswatch 16, they are thrilled that both buildings are going to be put to use for the good of the community.

Joe Mesa lives across the street. He says people in this area need help, and this is a good start.

"I have been living here eight years, and for the past three years, this place has been empty, and they weren't doing anything. Now they are going to do something good, and that is great," said Mesa.

Carbon County Catholic Worker is looking for people to join its commitment to raise money for renovations and projects.