LEHIGHTON, Pa. –A former county clerk in Carbon County is charged with theft after police say he stole nearly $45,000 from the county over a five-year per... 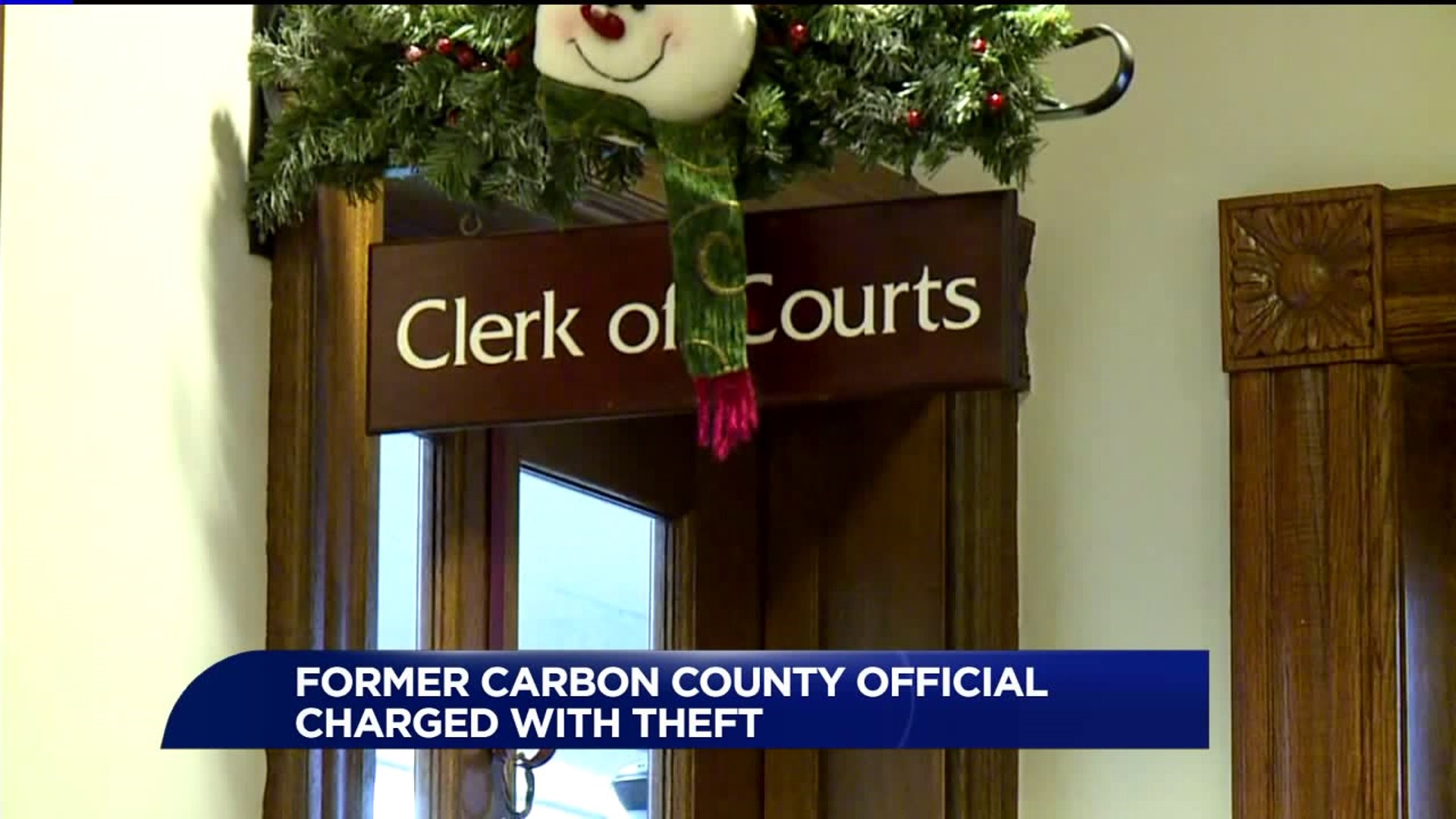 The former Carbon County Clerk of Courts was arrested this morning. Court papers say William McGinley admitted to stealing nearly $45,000 from fingerprinting and booking fees from the jail over a five year span. McGinley says he used the money to gamble. @WNEP

LEHIGHTON, Pa. -- A former county clerk in Carbon County is charged with theft after police say he stole nearly $45,000 from the county over a five-year period.

William McGinley served as clerk of courts for almost 30 years before abruptly retiring back in May.

McGinley 60, of Lehighton, admits he took the cash from the Carbon County Correctional Facility's fingerprint booking fees because of a gambling problem.

McGinley worked at the Carbon County courthouse as the clerk of courts for about 28 years.

Court papers indicate McGinley admits taking the cash from fingerprint booking fees and using it to gamble, though he told police he thought he had only taken $20,000.

"It started two years ago that the attorney general has been involved, so it's been ongoing, but until some other things appeared in the meantime. Soon after he retired is when we really discovered how bad things were there," said Carbon County Commissioner Wayne Nothstein.

The state attorney general's report showed that from 2013 to 2018, there were 169 times that fees were collected, but never deposited.

In 2016, the county controller noticed McGinley wasn't depositing jail fees. An audit showed that money was missing, and the state attorney general started looking into the office.

"It basically confirmed what the controller had said was missing," Comm. Nothstein said.

McGinley retired as clerk of courts back in May in the middle of his term.

Commissioner Nothstein took pictures of the clerk's office a few months ago showing years of backlog with piles of files throughout the office.

Employees inside the clerk of courts office have been trying to get the place back on track and county commissioners believe they are getting that job done.

"It's getting better. I was in earlier this week and they are getting there," Nothstein said.

McGinley was released after his arraignment without having to post bail. He's due back in court next month.