Flames forced an elderly couple from their home in Carbon County. 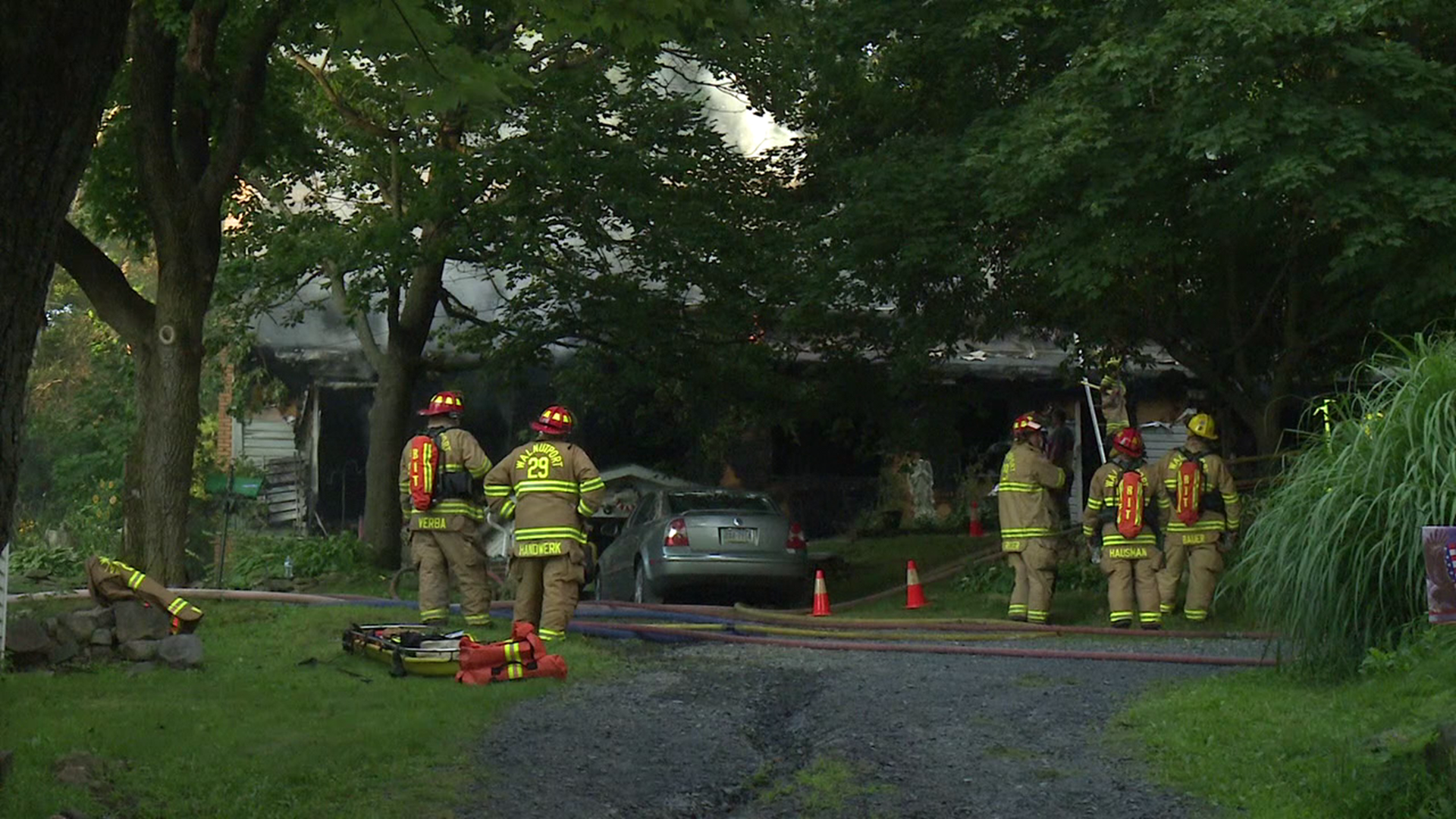 CARBON COUNTY, Pa. — Dozens of firetrucks filled the street here in the 3800 block of Forest Inn Road near Palmerton after a fire broke out just after 6 p.m. on Wednesday.

The Aquashicola fire chief says the fire started in the kitchen then quickly spread through the house.

At least six volunteer fire companies responded when the blaze went to its third alarm.

Chief Bill George says this is an older house that was built around 1886 and once held apartments.

He says that made getting to the hot spots difficult once fire crews were inside.

"Yeah, it was. There's a lot walls, there's old wooden construction and a lot of nooks and crannies, it was hard to get at, it took a long time," said Chief Bill George, Aquashicola Fire Co.

Now, the couple who lives there is out of their home.

The Red Cross is assisting, but the fire chief says this fire couldn't come at a worse time for the homeowner.

"Now the owner and her husband, who are elderly have moved in, live in it. Actually, her husband is in the hospital, so it's a total loss," said George.

Taylor Wentz and her husband Tyler live across the street from the couple.

They can't believe what just happened to their neighbors.

"We heard the fire whistle go off first, and then I turned on the local scanner to see what was going on. And heard it was 3885, my house is right across the street so, kind of went out to go look and here was Nancy's home and pretty sad," said Taylor Wentz, neighbor.