DEP to Spray for EEE, Mosquitoes in PA

MAHONING TOWNSHIP, Pa. — A virus called Eastern Equine Encephalitis (EEE) has been found in the Poconos and state officials said they will begin spraying ... 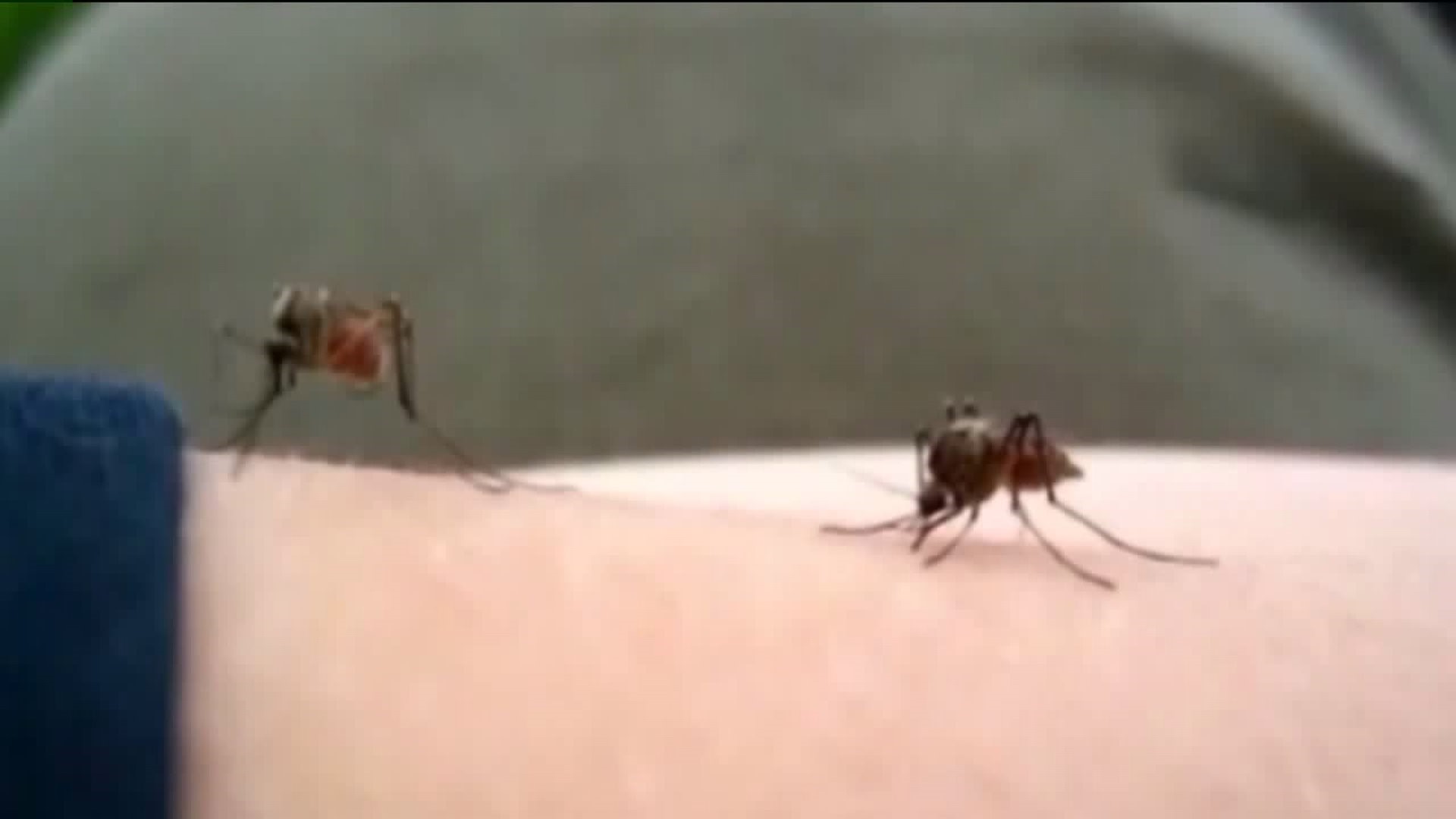 MAHONING TOWNSHIP, Pa. -- A virus called Eastern Equine Encephalitis (EEE) has been found in the Poconos and state officials said they will begin spraying for mosquitos to prevent it from spreading.

Animals tested positive in Mahoning Township and also in Monroe and Erie Counties.

"I'm scared. I am really scared and they are big and they are all over the place," said Martha Jucewicz of Mahoning Township.

Mosquitos carry the virus and can infect humans. It is rare but can be deadly.

According to the Centers for Disease Control and Prevention, there are an average of seven human cases in the U.S. each year.

Most are reported in Florida, Massachusetts, and North Carolina.

Still, there is cause for concern in the Poconos.

The Department of Environmental Protection is spraying this area for adult mosquitoes on Tuesday in Monroe County. DEP officials say spraying in Carbon County is not warranted at this time.

"I hope I don't get bit by a mosquito. I don't want to get sick from a mosquito bite so been trying to keep things dry and clean around my house now," said Sharee Pudvah of Mahoning Township.

"I have a daughter who is out all the time doing soccer and band and everything. She's outside all the time, too, so I'm definitely worried about it," said Carol Nidlund of Mahoning Township.

Officials with the DEP said the spraying will definitely help.

Other ways to protect yourself include wearing long sleeves and long pants.  Also, use bug spray, preferably the bug sprays that contain the ingredient DEET.