Two people were cleaning out an abandoned house in Palmerton over the weekend when they found the dog locked upstairs. 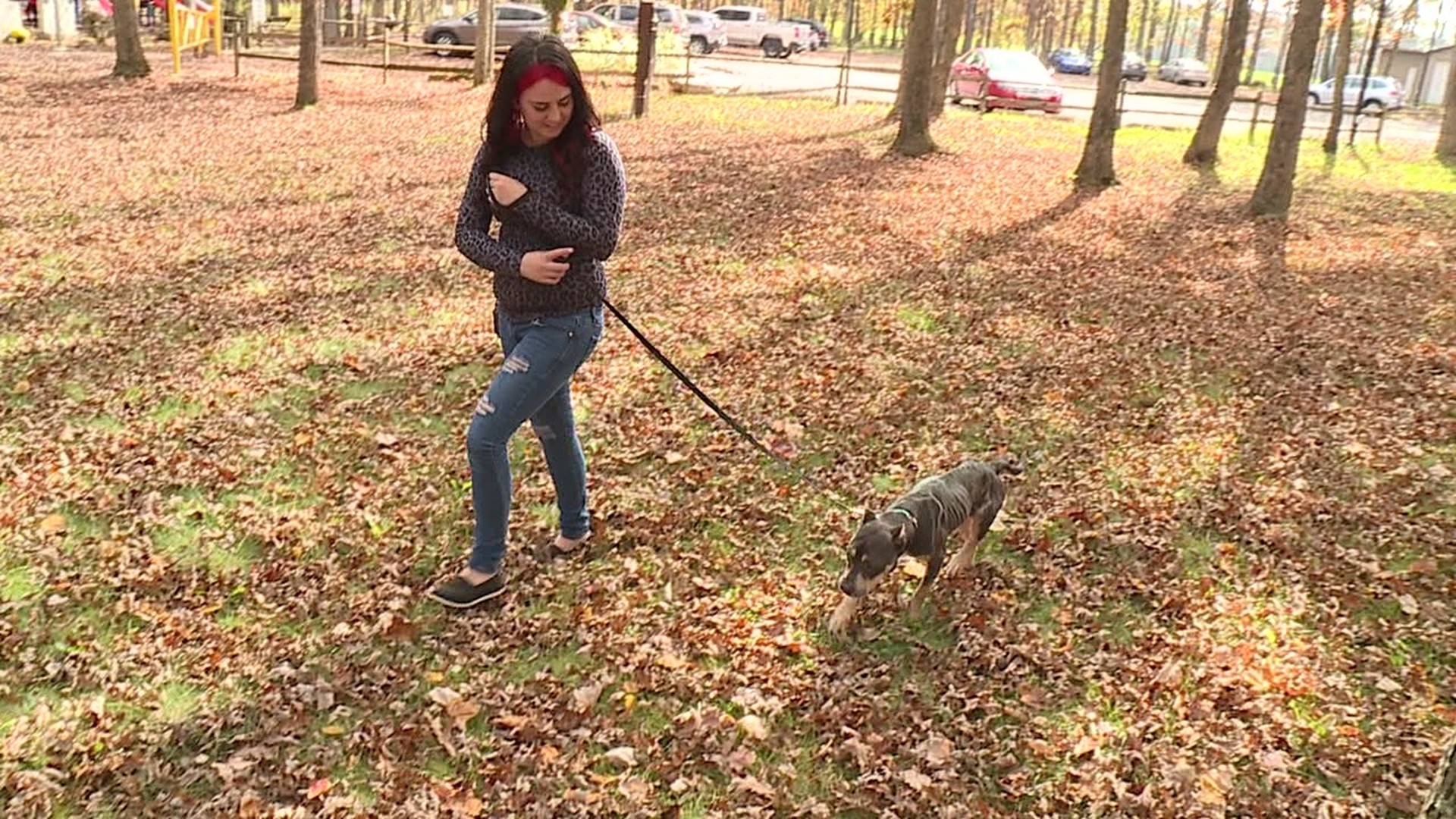 PALMERTON, Pa. — A pit bull was found locked inside of an attic in Carbon County. The pup was discovered by two women who were cleaning out the abandoned house.

The dog named Remi has been staying with Jami Lassell from Hazleton. Lassell says the dog doesn't have a mean bone in her body. She does have some broken ones, though.

"Her back leg is broken. It healed on its own, so her kneecap is not connected, and a bone grew behind it," Lassell said.

Remi was found locked in an attic and in very poor condition over the weekend in Carbon County.

Lassell and her friend were helping to clean out an abandoned house in Palmerton when she was found.

"She had no food, no water, nothing. She has feces and urine all over the room. We don't know how long she was there."

Lassell brought Remi to the vet, and it's no surprise her road to recovery is going to be costly.

A GoFundMe has been set up to help with bills. Lassell is hoping to raise $5,000.

"They are going to do her shots. They cut her nails. They are going to fix that nail because it's completely broken. I have to go to the doggy dentist to get that tooth pulled because it's all the way to her gums; she broke it off. Then she has to go to an actual surgeon for her leg. They said it's going to be expensive."