Crews Search for Cause of Deadly Interstate Crash in Carbon County

LAKE HARMONY — A fiery wreck left one man dead and another in the hospital in Carbon County. after two tractor-trailers collided Investigators tell Newswa... 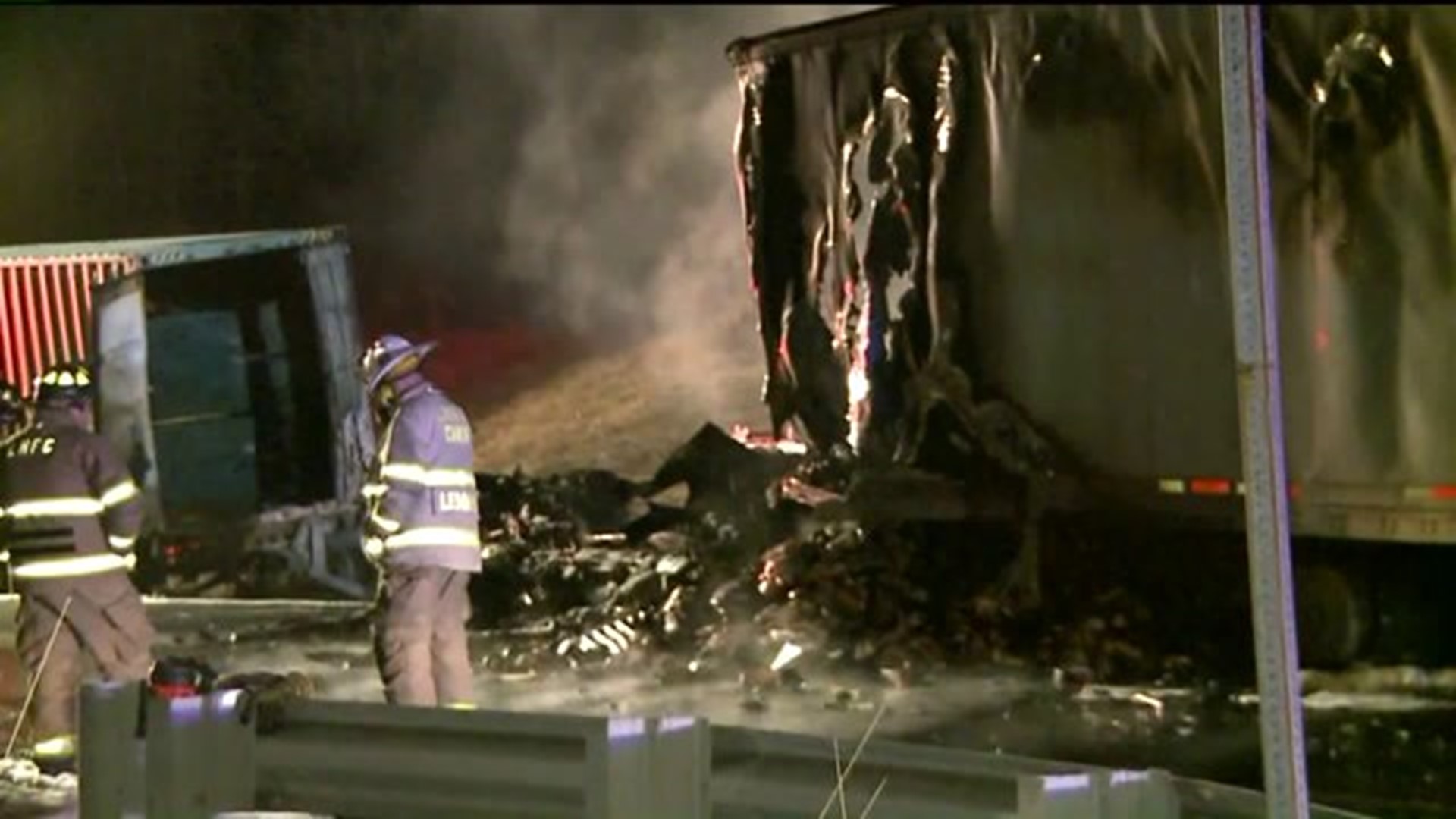 LAKE HARMONY -- A fiery wreck left one man dead and another in the hospital in Carbon County. after two tractor-trailers collided

A portion of I-80 east is closed and a detour is in place while crews work to cleanup the wreck.

"The reports are that it immediately burst into flames the first arriving units found one driver in the vehicle trapped in the burning vehicle they couldn't get close to it," said Lake Harmony Fire Department Chief Ralph Lennon.

Emergency and reconstruction crews spent most of the morning trying to figure out what caused the crash. Authorities believe one of the tractor-trailers may have been stopped along I-80 east. Further details have yet to be released.

People driving near the crash site were met by a 3-mile detour from the White Haven to Kidder Township.
One driver, Chris Burke of Mountain Top, had a hard time finding another way to work. "I saw that they were taking people off of route 80 so I pulled off to download an app to try to figure out which is the best way to go to work."

As of noon Wednesday, the three-mile detour is still in place the White Haven area.

No word on when this portion of I-80 east will reopen.