PACKER TOWNSHIP, Pa.  — Hundreds of children showed up to a Christmas event in Carbon County over the weekend, but two youngsters really stuck out to Sant... 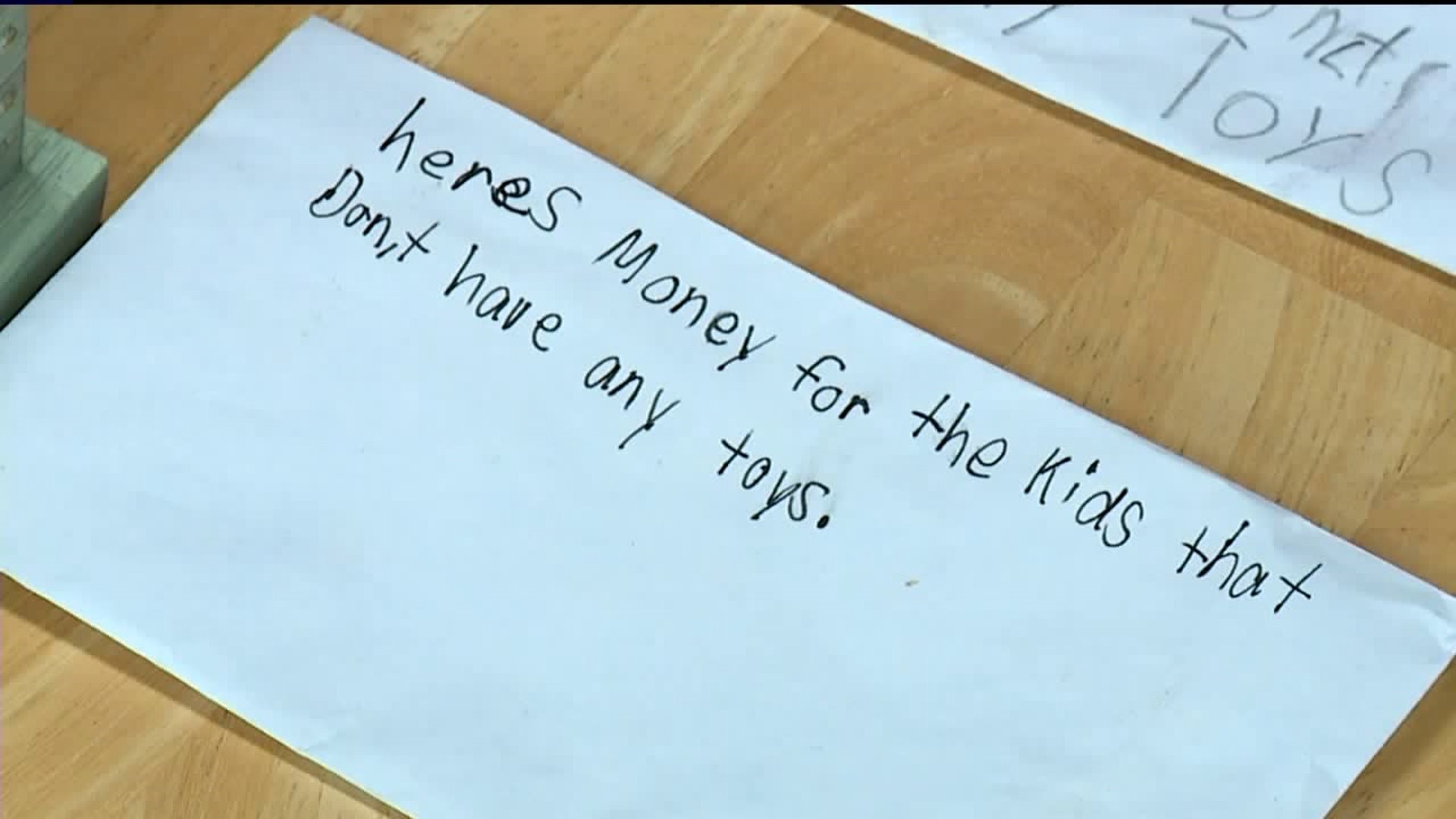 PACKER TOWNSHIP, Pa.  -- Hundreds of children showed up to a Christmas event in Carbon County over the weekend, but two youngsters really stuck out to Santa and Mrs. Claus.

The little boy and girl not only handed Santa their Christmas lists, but also some money to buy toys for children in need.

A pile of quarters, dimes, nickels, and pennies wasn't found in couch cushions or in pants pockets. The change totaling in a little more than $4 was given to Santa by a little boy and girl from Beaver Meadows in Carbon County.

The two asked that the money be used to buy toys for children in need.

"I thought it was great of those two little children, Brady and Kendall, and I am going to see that it gets to the proper place," said Santa.

Santa says he was given the money on Sunday at the Beaver Meadows annual Christmas kickoff celebration. The event is coordinated by Thomas Cherneski.

"That is the meaning of Christmas, little kids like that. We want to let them know that if you pay ahead, you will be rewarded," said Cherneski.

After more than 60 years of taking wish lists from children, Santa says this is the first time something like this has ever happened.

"It surprised me. It's good to see that there are miracles at Christmastime and that little children do these things. I want to recognize them, and their money is going to go to a good place," said the jolly old elf.

Along with the change, Kendall and Brady also gave Santa wish lists of their own.

This top elf has a message for the two generous youngsters.

"I am going to take care of their list. I have their lists there, too. It's a good list, but they are two little good children and I'd like to just say thank God for them."

Santa and organizers of the event say they are working to track down the parents of the two children. If you know who they are, contact organizers through the Facebook page.