PALMERTON, Pa. — State health officials recently announced there could be higher than normal lead levels in people who live in part of Carbon County. In r... 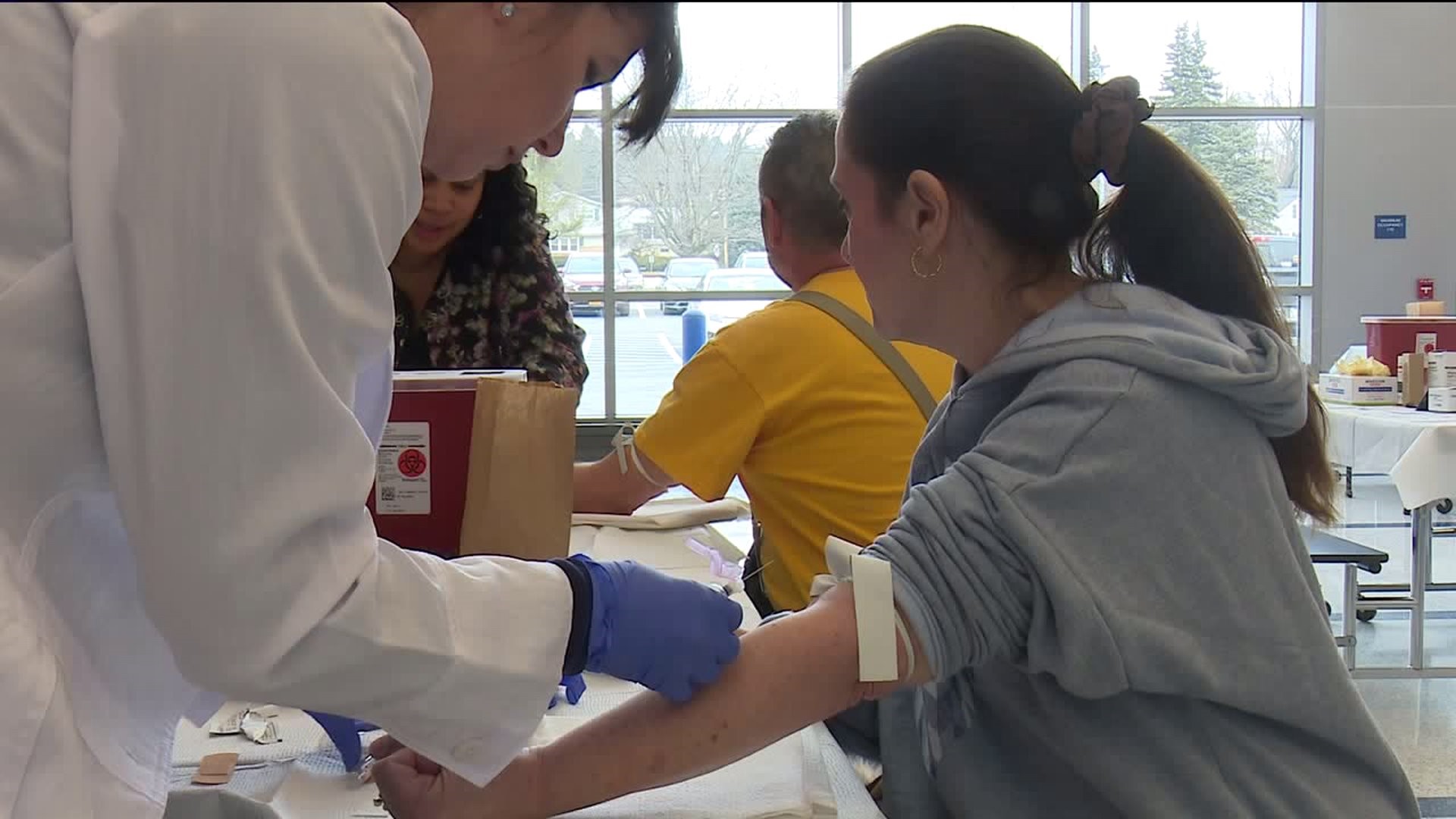 PALMERTON, Pa. -- State health officials recently announced there could be higher than normal lead levels in people who live in part of Carbon County.

In response, the Pennsylvania Department of Health offered the free screenings at Palmerton Junior High School on Saturday.

Most people say even though they have to wait for the results, they would rather be safe than sorry.

For Lori and Jerry Epler of Palmerton, getting screened for lead was on the to do list this weekend in Carbon County. The couple has lived in Palmerton for 15 years and wanted to see if there were any traces of lead in their blood.

They joined dozens of others inside Palmerton Junior High School to be screened for free.

"We never thought we had any lead exposure and then reading about what is happening in the area and the possibility of exposure," said Lori Epler.

A recent federal study indicates air pollution near the American Zinc Recycling facility could result in health problems. This was where the previous owner of the zinc company agreed to clean up pollution in Palmerton back in the mid-1990s.

The Eplers tell Newswatch 16 they have never been tested before.

"We are right on the edge of the three-mile border, and we just thought it was important to see if it was affecting us," said Jerry Epler.

"It is important for people who want to have clarity on what their status of health is. How healthy are we? We want to make decisions that are based on that information," said Dave Pidgeon, Pennsylvania Department of Health.

The screening itself takes about five minutes, but the participants will have to wait for the results.

Those test results should be available in the next couple of weeks. As a mom, Tabetha Ditzel of Palmerton is thankful this testing is free to help her have peace of mind.

"I am actually glad that they are doing it. You'll see little kids walking around, and that is great for the community," said Ditzel.

Lead exposure can lead to high blood pressure and kidney damage in adults. Women who are pregnant have a higher risk for premature birth, and their infants may have a number of different health issues.