Sunday night, we introduced you to a gentleman looking to reunite old letters written by a Korean War veteran to his family. After our story aired, we had answers. 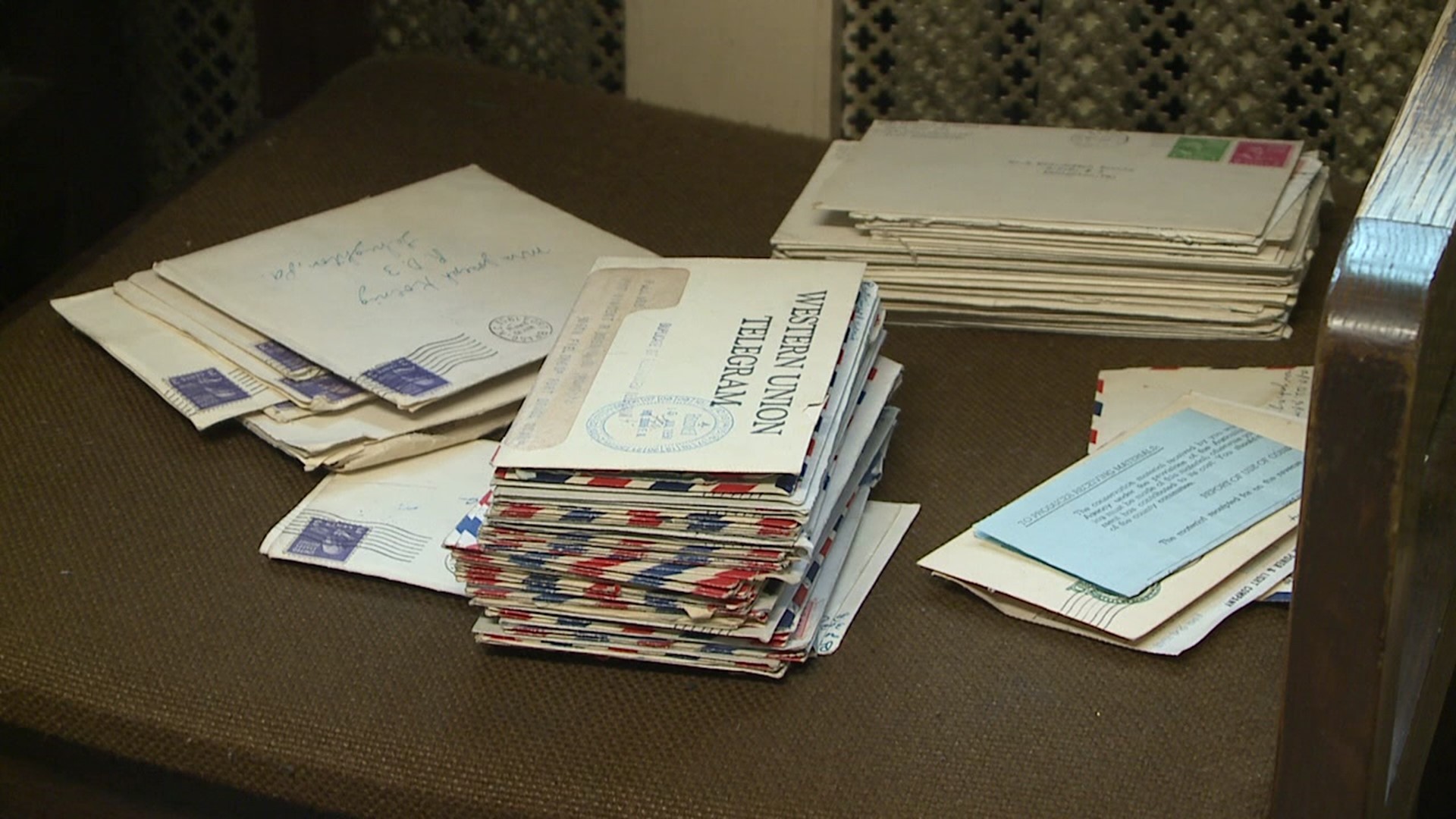 LEHIGHTON, Pa. — Over 100 Korean war letters, written 70 years ago, changed hands and gave a family a piece of their history back.

"We couldn't believe it because Vincent's gone for how many years already. Who would have ever thought that there are letters floating around like this, you know? It's just amazing," said Ricky Waibel, a relative of Vincent Koenig.

"It's kind of unreal. I mean to finally put a face to the letters cause I never thought it was going to happen," said Rodney Shupe or Weatherly.

Shupe had been searching for the family of Korean War veteran Vincent Koenig for a week after rediscovering war letters Shupe won at an auction.

That's when he reached out to Newswatch 16 to help locate Koenig's family.

"Within 10 minutes, I got an email saying they were relatives, and I'm like, I saw the number, didn't waste any time I called right away," said Shupe.

"He must have been ready for the call too, and it just happened that we hit, you know, hit just like that," Waibel said. "We were in connection, and he said he had all these letters for us, and my God, we couldn't believe it."

The next thing they knew, they were setting up a time to meet.

The family from Carbon County says they're thankful that Rodney brought the precious letters home to them.

"It's a piece of history for the Christman/Koenig family that it would have been lost. You know it just wouldn't have been possible if he wouldn't have found them and returned them. You know he's a great fella, great guy for doing it," said Waibel.

"I was able to return something that someone lost. They didn't even know that they lost. This is for you, go and enjoy it," said Shupe.

The family plans to split up the letters and rotate them to each of the cousins after they are read.